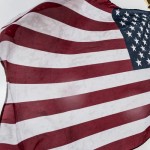 A new poll shows that 49 percent of Americans are angrier about current events now than they were a year ago. The poll – which was conducted by NBC News, Survey Monkey, and Esquire – also shows that white people are the angriest, with 54 percent saying they have become angrier over the past year. That’s compared to 43 percent of Latinos and 33 percent of African-Americans.

Furthermore, 73 percent of whites say they become angry at least once a day while 66 percent of Hispanics and 56 percent of African-Americans say they felt that way.

The poll also found that Republicans are angrier than Democrats, with 61 percent of Republicans saying that present times anger them more today than a year ago, as compared to 42 percent of Democrats. Read more at NBC News.