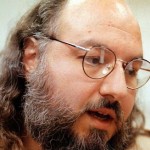 President Barack Obama will not permit Jonathan Pollard to travel to Israel, at least for now, according to senior level US officials who spoke with the Washington Post.

According to the conditions of his release, Pollard will be required to spend the next five years in the United States and Obama won’t intervene to change that.

Pollard is expected to be released by the end of the month after spending 30 years in prison.

Obama is permitted to use his authority in order to allow Pollard to go to Israel, but he has no intention of doing so.

Meanwhile, Pollard has already found a place to live and work in New York.

These revelations came to light after Netanyahu’s meeting with Obama on Monday.