A majority of likely voters say President Obama has transformed the country in a negative way during his first term, according to a new poll for The Hill newspaper.

In addition, two-thirds of likely voters said the president has kept his 2008 campaign promises, but the country has still changed for the worst.

The results indicate widespread discontent with the country’s direction. The poll found 35 percent of respondents thought the country had changed for the better under the president’s leadership.

Fifty percent of respondents thought GOP presidential candidate Mitt Romney will bring a “significant” level of change. The paper said that result might show how much those opposed to the president’s policies want change. 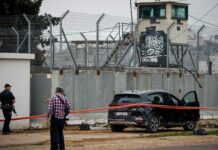 Sen. Marco Rubio: I Know Trump’s Not An Anti-Semite