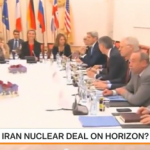 Which poll to trust? That always seems to be the question I am asked. The answer involves shades of gray, but the bottom line is that any honest evaluation of the data shows a Jewish community divided over the Iran nuclear deal. “Support” is definitely not a word that can be used.

To be clear, I am a pollster. I have done opinion research at every level of U.S. political campaigns, have worked on more than 1,000 projects, and have completed projects on five continents (I’m still missing South America and Antarctica—penguin poll anyone?—to complete the set). Polling is my business, my livelihood, my passion, and my talent. Recently, Fortune Magazine named me the pollster on their “Campaign Dream Team.”

There have been three polls recently released on the issue of the Iran deal among the American Jewish community: mine (conducted by Olive Tree Strategies and sponsored by The Israel Project), one from the Los Angeles Jewish Journal, and one from J Street. In our poll, we found:

Recently, my polling has been on the receiving end of some criticism, clearly motivated by support for the deal rather than methodological rigor.

The Jewish Journal and J Street both found support for the deal—48 percent in favor and 28 percent against, and 60 percent in favor and 40 percent against, respectively. There are a slew of reasons why the methodology and collection methods differ from poll to poll. If you’re interested, you can read my full memo on the topic here. But when it comes right down to it, pollsters who support the deal are writing biased questions and releasing inaccurate data.

Take a look at the wording differences between my poll and that of the Jewish Journal. (J Street’s pollster has already said his question is biased.)

The Israel Project: “Recently, the United States and five other countries (known as the P5+1) reached an agreement with Iran regarding the lifting of economic sanctions on Iran in exchange for concessions in Iran’s nuclear program. Based on what you know, do you approve or disapprove of this agreement?”

Los Angeles Jewish Journal: “As you may know, an agreement was reached in which the United States and other countries would lift major economic sanctions against Iran, in exchange for Iran restricting its nuclear program in a way that makes it harder for it to produce nuclear weapons. Do you support or oppose this agreement, or don’t know enough to say?”

Some critics of my question say that using the word “concessions” creates bias against the deal. And yet, the deal reduces rather than eliminates Iran’s centrifuges. The deal eliminates the nuclear capacity at Arak, but not at Fordow. These are nothing if not concessions, rather than outright capitulation. My question presents a description of the deal and not an assessment of its effectiveness. I would be happy ask a question with different language when we get a different deal.

The question from the Jewish Journal posits that the deal “makes it harder for [Iran] to produce nuclear weapons.” The problem is that this is the exact issue up for debate by foreign policy experts. Many experts believe that this deal makes it much easier for Iran to acquire a nuclear weapon. They point to concerns such as the expiration date on the deal, the huge financial windfall for Iran, and continued nuclear research as reasons that this deal may put Iran on the “glide path to nuclear breakout.”

The question from the Jewish Journal presents scenario postulating the deal will be successful. This bias, this assumption that the deal will work, makes the entire survey biased and the data misleading.

Some point to the two other surveys (Jewish Journal and J Street) having similar margins of support for the deal as evidence that they are accurate. You might want to consider that the J Street pollster called his own question biased. Doesn’t that mean that if the data aligns in another survey, they are both biased?

To give you a broader idea of the question of bias, just look at the public polls on this issue among Americans in general, and then look at which two survey languages were also used with the Jewish samples.

Two of these are not like the others, and these are the same two that supposedly provide more “information.” That information is selective, and biased in support of the deal. The most neutral question imaginable came from Quinnipiac—“Do you support or oppose the nuclear deal with Iran?”

Now, consider the polling among the Jewish American community below. Two of these polls come from sources that have demonstrably biased question language.

At the end of the day, there’s one overriding reason that you should trust my data: If I had wanted to juice the numbers for opponents of the deal, it would not have been that hard:

“Recently, the United States entered into a deal with Iran that will give Iran’s leaders $100-$150 billion, allow Iran to purchase advanced weaponry and ballistic missiles, and will allow Iran to continue nuclear research and enrichment. In exchange, Iran will reduce its number of centrifuges, and maintain only some of their current nuclear facilities, and has promised that it will not seek a nuclear weapon. Do you approve or disapprove of this agreement?”

As a dual citizen of the U.S. and Israel, I would have (and hopefully will someday) support a deal that prevents Iran from getting a nuclear weapon. But as a pollster, I am obligated to measure American Jewish opinion of what this deal is today, not what some hope it can achieve.

Today, the Jewish community is split, with a slim plurality opposing the deal. Yet as the rest of our survey shows, the more that the community learns about this deal, the more opposition rises.

Nathan Klein is the founder of Olive Tree Strategies. He has been working in political polling since 2008, including as the director of polling and analytics for the National Republican Senatorial Committee during the 2014 elections, and as the deputy polling manager on the 2012 Mitt Romney presidential campaign. He has been conducting research on American opinions of the Middle East since 2008.