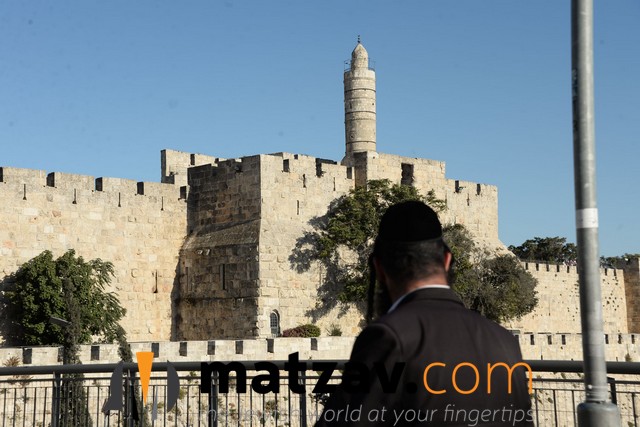 Pope Francis declared that G-d promised the Holy Land to the people of Israel in a speech at the Vatican in Rome Wednesday.

“The people of Israel, who from Egypt, where they were enslaved, walked through the desert for 40 years until they reached the land promised by God,” Pope Francis said.

Francis made the statement shortly before meeting with Israeli Deputy Minister for Regional Cooperation Ayoub Kara, where he thanked him for his work on behalf of Christians in Israel.

The statement by the pontiff came just hours after UNESCO’s World Heritage Committee passed a resolution ignoring Jewish and Christian ties to the Har Habayis. The resolution, which was similar to a previous resolution passed Oct. 13 by the body’s Executive Committee, exclusively referred to the Har Habayis by its Muslim names.

While the Vatican has yet to make a formal statement on the UNESCO Yerushalayim resolutions, Knesset speaker Yuli Edelstein wrote a letter to Cardinal Parolin saying the resolutions are “an assault on history and is deeply offensive to both Christianity and Judaism” urging the Vatican to “use its best offices to prevent the recurrence of developments of this sort.” JNS.ORG