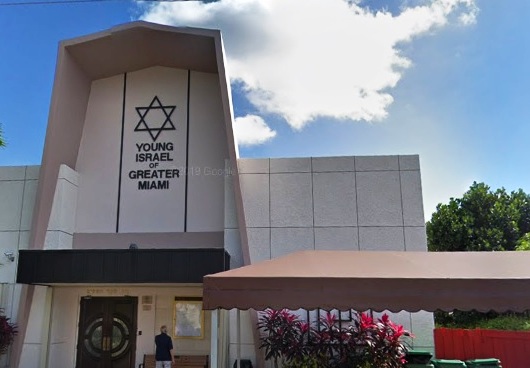 Updated: A frum man was shot outside Young Israel of North Miami Beach this evening. The man was outside of the shul at 990 NE 171st St., in Miami-Dade County, News 10 reports. Witnesses told police officers the shooter was in a moving dark car. A Hatzolah volunteer helped the victim.

Miami-Dade Fire Rescue personnel found the 69-year-old man was wounded in the leg. Detective Alvaro Zabaleta said the victim was in stable condition. The shooting is being investigated as a possible hate crime.

The victim is now in critical condition, having apparently been shot four times. The attacker allegedly drove by Young Israel twice after leaving the scene; it is uncertain what his motive was or why he drove back two times.

All are asked to daven for Yosef Noach ben Leah Tzivia.