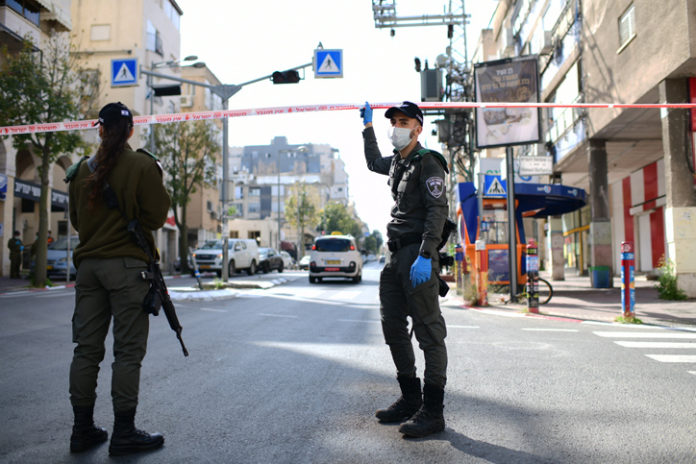 Israel’s daily infection rate dropped from 2,000 to 1,500 over the past two weeks, but the number of current serious cases passed a record 400 patients this week.

On Monday, 1,660 people were diagnosed with the disease, raising the number of active cases to 23,399, including 113 intubated patients. They included the Pittsburgh Rebbe, who is under sedation at Netanya’s Laniado Hospital. The tzibbur is asked to daven for Rav Mordechai Mottel Yissochor Ber ben Rochel.

Prof. Ronni Gamzu said that Israel was amongst the countries with the highest rate of infection and that the situation could not continue.

He accused Israel’s Arab sector of “almost carrying out a terror attack” with their flouting of the rules during a recent Muslim holiday and lack of social distancing at gatherings and parties. This has resulted in a breakout of Covid-19 in East Yerushalayim and surrounding Arab villages, with 40 percent of people screened registering positive.

Similarly, the health ministry called on people to avoid the Druze town of Yarka in northern Israel, after infections there quadrupled within a week.

Gamzu also noted that the infection rate among elderly chareidim is only 4 percent compared to a general rate of 10 percent for that age group, indicating that they have internalized the importance of social distancing and masks.

Hospital coronavirus wards are overflowing, with Netanya’s Laniado Hospital’s 137 percent full and Hadassah Ein Kerem’s 104 percent full. Most major hospitals are struggling with 90 to 95 percent capacity with staff taken from regular intensive care wards where they are badly missed.

To prevent a catastrophic outbreak over the Yomim Tovim, Gamzu is considering a national lockdown similar to that implemented over Pesach, with a possible prohibition against moving further than 100 meters (330 feet) from one’s home. He is also concerned that the opening of the new school term on September 1 may lead to disaster. The government has so far rejected Gamzu’s suggestion to close down “red towns” where the rate of infection is more severe.

Gamzu’s “traffic light” plan divides Israel into “green” towns like Haifa and Afula where only 0.47 and 0.35 percent of the populace have been diagnosed with Covid-19 and “red towns” where the number of infected people exceeds 3 percent.