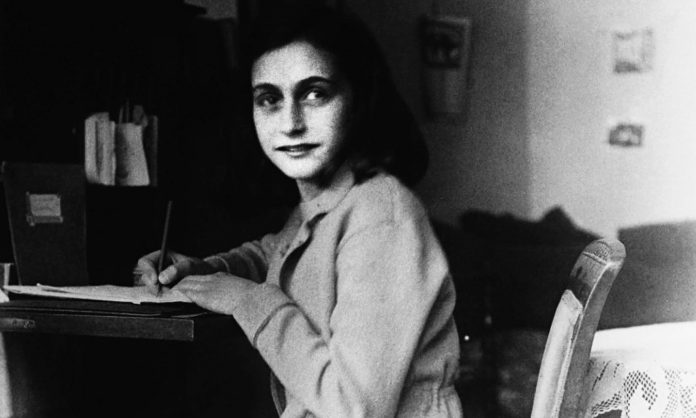 A poster bearing the image of Anne Frank — the Dutch Jewish girl whose Holocaust diary was published after her death in the Bergen-Belsen concentration camp — was defaced with a swastika on Friday night in the Australian city of Melbourne.

The poster was an advertisement for a dramatization of Anne Frank’s diary performed by the Peridot Theatre Company. It was defaced with a swastika painted in red, as well as the word “@LEROY.”

The theater posted a message on its Facebook page saying, “Upset, angry, disgusted. Some lowlife has sprayed a swastika on the board advertising our production of ‘The Diary of Anne Frank.’ This action is sickening.”

Quoting Anne Frank’s diary, the theater added, “‘I keep my ideals, because in spite of everything I still believe that people are really good at heart.’ We are honored to tell Anne’s story. We say NO to hate.”

A second post stated, “The despicable vandalism just underlines the fact that stories such as Anne Frank’s still need telling. Today’s matinee was virtually sold out and the audience was hugely complimentary.”

President of the theater company Alison Knight said, “The director and cast were left very distressed at the incident, they have worked hard to bring Anne’s story to life.”

“A Jewish lady has been advising the cast on matters of religion and culture,” she added. “We believe that Anne’s story needs to be told, and we will continue telling it with even more purpose.”

“We are upset at the incident,” she said, “but have been buoyed by the support of friends in the theatre community and beyond.”

“I reported the incident to the police,” Knight noted, “they are actively investigating it, especially as there seems to be a rise in the number of antisemitic incidents in Melbourne.”