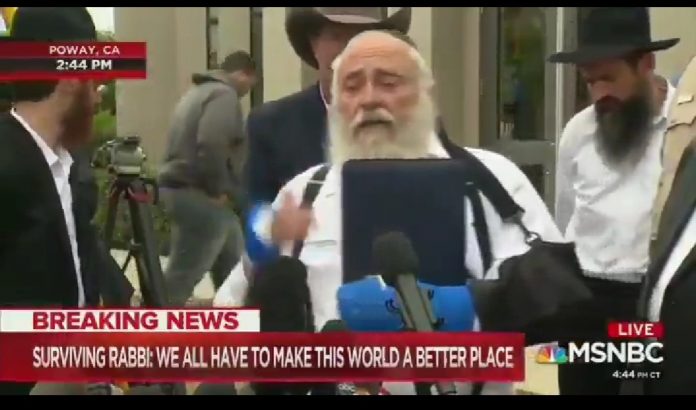 Jonathan Morales, the off-duty Border Patrol agent whose quick actions likely saved lives in the Chabad of Poway shul shooting, was on a journey of rediscovering his Jewish heritage and brought his weapon to daven after being urged to do so by the rabbi, The Forward reports.

“Morales recently discovered his Jewish roots,” Rabbi Yisroel Goldstein, who was injured in the shooting, said at a press conference on Sunday. “He would travel three and a half hours from El Centro to pray with us at our shul. He felt this was his house of worship. And many times I said, ‘Jonathan, you work for the border patrol. Please arm yourself when you are here; we never know when we will need it.’”

When the shooter’s gun jammed, Morales and a fellow congregant, Army veteran Oscar Stewart, attempted to subdue the gunman. Morales later gave chase and fired on the shooter, hitting his car.

Read more at The Forward.