Hundreds of thousands of Americans were left without power for days after a violent storm front moved through from the Midwest to the Mid-Atlantic last week. But what if – in the case of a blackout – you could just use your car to power your home?

It might sound futuristic, but in Japan it is already happening.

In Ginza, a posh shopping district in the heart of Tokyo – customers looking to buy a car can do something they can’t do anywhere else in the world – walk into a Nissan dealer and buy an all electric Leaf that will integrate into their home’s energy supply. Simply put, the car powers the home and the home powers the car.

“If there is a power disruption, you can keep things running,” Ken Screbnik, vice president for strategic planning and business development for Nissan told ABC News. “Depending on the size of the home, the power from your car can be used to power your home for about two days.”

The Leaf to Home system is an industry first, as well as a game changer in terms of energy management.  With a single purchase, each customer can become its own energy supplier, and get paid to store energy.

The way it works is the power is moved through the home through an EV power station unit that allows power stored in the Leaf’s battery to be sent in to the home.

The EV power station is similar in size to an external air conditioning unit; it will charge your car in four hours and sells for about 300,000 yen – about $3,768.

Users are then able to generate their own electricity from wind or solar and store excess power in the car’s battery.  It also reduces owners’ electricity bills.

The vehicle-to-grid system is all part of a vision for a smarter energy system for Japan following last year’s tsunami- and earthquake-triggered nuclear disaster.

“Japan has really been on a fast curve because of the events of March 11 [2011], with the tsunami and the earthquake, when there was devastation, there was no way to get gas to gas stations and really there was a whole different look at electric vehicles, how they were able to work, and also having that comfort of this backup energy storage system in your home,” Screbnik said. “We were able to work with the government to provide subsides and really shape a business out of a tragic event.”

Moving to a Smarter Grid

Since the earthquake and tsunami hit, the Japanese government made concerted efforts to ensure a stable power supply.

There were 50 Smart Cities proposed, promising to offer cleaner energy integration, and the ability for the smart cities to maintain their own energy supplies in the case another large earthquake knocks the power offline.

At Kashiwa-no-ha, one of the smart grid cities on the outskirts of Tokyo, construction began before the tsunami and nuclear disaster, and is scheduled to be completed in 2014.  The 26,000 people who will be living in the city will have access to smart grid features, including the ability to monitor and control their energy supply with mobile applications.

“The smart features allow you to conserve 40 percent of energy, Ai Kanda Communications Officer for Kashi-no-ha told ABC News.  “It’s one of the most innovative smart grid projects in the world.”

Smart in the U.S.

In the United States, smart cities are nothing new – in fact America is ranked amongst the top investors of smart grid investments worldwide.

As part of the recovery act the Department of Energy (DOE) invested 3.4 billion in 100 smart grid projects throughout the nation. Cities such as San Diego; Boulder, Colo.; and Westerville, Ohio, are paving the way.

Still, the United States is lagging behind in terms of commercial vehicle-to-grid integration.

SAIC is partnering with the Department of Defense to launch one of the first vehicle-to-grid pilot projects in the United States at the Schofield Barracks in Hawaii. The Aloha Microgrid Project is part of the Defense Department’s larger efforts to move to electric cars.

“The Department of Defense, the largest user of energy in the world, has an initiative now to electrify all 200,000 non-tactical vehicles to electric,” Northrup said. “They have their first installation at the L.A. Air Force base to go all-electric.  They plan another dozen bases to go all electric in the near future.”

This year Nissan motors will also be testing similar technology to what has been rolled out in Japan.

“It makes economic sense,” Northrup said. “From an economic standpoint, we estimate eventually some day we will be able to get back $2,000 to $2,500 per year from your electric vehicle if you’re not using it.” 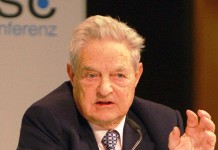 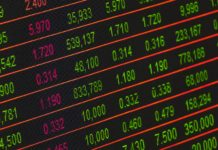 Netanyahu To AG: ‘Your Inaction Will Legitimize Spilling Of My Blood’