How should one prepare a baby’s bottle on Shabbos?

We are referring to the preparing of a semi-thick solution, as a solution of this nature involves ìéùä – kneading. In the previous shiur we mentioned that one must deviate from the norm when mixing a solid and a liquid and this manifests itself in the way one pours and mixes the components.

Would coffee making and cocoa be subject to ìéùä?

Accordingly, one may add sugar, instant coffee and salt to water or milk in any way seen fit.

What if I need to make a mixture of a thick consistency for a baby and I cannot prepare it before Shabbos?

We learned that one must not prepare a áìéìä òáä on Shabbos but when it is necessary, especially for baby food, one may pour and mix the ingredients, but one must make sure that one deviates from the norm. [2]

Accordingly one may mix cookie or bread crumbs and cream cheese for a baby provided that one adds the cream cheese to the crumbs (one normally does the opposite) and mixes them with one’s finger or with a spoon in a crisscross fashion. [3]

Mixing yoghurt and cream cheese also involves thickening a mixture and when it is required for a baby, one should, if possible mix the two before Shabbos; if it is not feasible one should pour and mix the two items b’shinui. [4]

How is one to prepare egg salad on Shabbos?

The eggs and onions must be peeled close to the meal because peeling involves the melacha of Borer. The eggs may be mashed with a fork because they do not emanate from the earth, but the onions should not be chopped too finely on account of Tochein – grinding.

Others are accustomed to preparing the salad without any deviations from the norm. [5]

As mentioned the optimal method is to prepare it before Shabbos but if one is finicky about the taste etc. one has what to rely on. It is always advisable to consult your own rav.

Rav Sternbuch shlita points out [6] that one must also be aware of the following: l’chatchila not to smooth the egg salad on the plate; not to remove egg shell from within the salad on account of Borer; the shells are muktze and must not be handled.

Is there a problem to prepare potato salad on Shabbos?

An important factor constituting ìéùä is binding solids. In order to determine whether ìéùä is taking place one must find out whether the solids our being bound together or are merely being covered in liquid.

The Mishna Berura [7] tells us that there is no problem mixing lettuce salad (with liquid) because the lettuce is not cut up finely enough to cause a problem. On the other hand he says, people who usually cut radish and cucumbers finely and pour vinegar or other liquids over them and mix them are violating the prohibition of ìéùä.

In this latter case he says the solution is to mix the ingredients slowly and l’chatchila first pour the vinegar and only then add the solids to the liquid. [8]

Previously we wrote that it is preferable to mix the ingredients in such a case in a crisscross fashion or with one’s finger.

Reverting to our question we see that large pieces are not subject to the constraints of ìéùä and therefore mixing mayonnaise and potato salad is permitted as it is not called ìéùä. [9]

One may mix carrots and orange juice on Shabbos because the resulting mixture does not resemble ìéùä at all.

What about mixing orange or lemon juice and cream cheese or sour cream?

In this case the fruit juice does not bind solids, on the contrary, it dilutes the solids, which is contrary to the definition of ìéùä, and therefore it is permitted. For this reason Rav Shlomo Zalman Auerbach ztz”l [10] permits adding sugar to sour cream, because the sugar becomes liquid and dilutes the sour cream.

[3] One should l’chatchila remove the spoon from the mixture after each ‘crisscross’.

[4] There are opinions that hold that mixing two thick substances is not Lisha and would be permitted. One must seek rabbinical guidance.

[5] See the SS”K chapter 8 footnote 81 for an explanation of this opinion.

[8] In the Sha’ar Ha’tsiun 84 he explains that although this is a thick consistency and should be forbidden to make altogether, nevertheless since if it would be prepared before Shabbos it would spoil, it is permitted to prepare it on Shabbos with the abovementioned modifications.

Can I Use a Taxi Driver Who Didn’t Hear Havdalah? 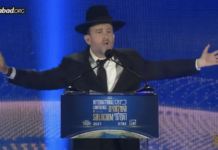 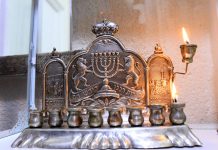