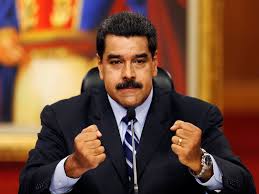 Venezuela’s political crisis has deepened after a new pro-government “superbody” stripped the opposition-held parliament of its legislative powers.

The move by the national constituent assembly, denounced by regional powers and the US, has limited practical impact. The government had in effect neutered the parliament soon after the 2015 election that brought it to power, and the new constituent assembly already has virtually unlimited reach.

The US state department condemned the move as a “power grab” by an “authoritarian committee operating above the law”, and the regional trading bloc Mercosur, which has refused to recognise the constituent assembly, warned that it was taking Venezuela further from democracy. Read more at The Guardian.