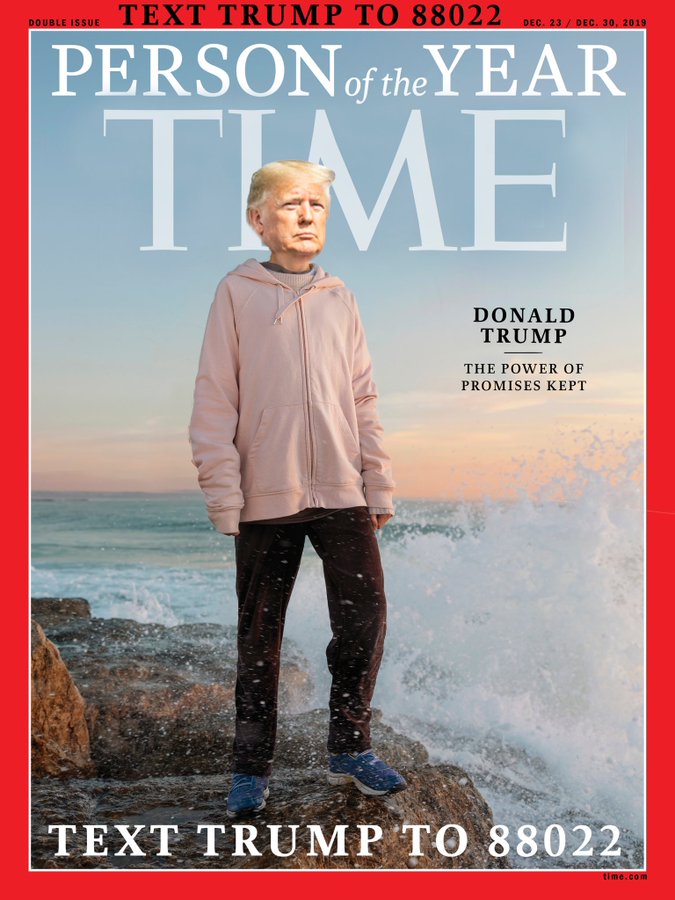 President Donald Trump on Thursday found time to insult 16-year-old Swedish climate activist Greta Thunberg after she was named Time’s Person of the Year, an honor he has coveted for years.

Trump’s mocking of Thunberg, who has been diagnosed with Asperger syndrome, as having an “Anger Management problem” drew widespread umbrage from Democrats who accused the president of bullying a teenager.

“So ridiculous,” Trump wrote in a tweet about Thunberg’s Time cover, suggesting that the young girl “go to a good old fashioned movie with a friend. Chill Greta, Chill!”

The message was one of more than 100 tweets or retweets the president sent Thursday to more than 67 million followers, the second time he has surpassed that number of posts this week.

Thunberg offered a sly rejoinder to Trump, 73, by updating her Twitter profile to describe herself as: “A teenager working on her anger management problem. Currently chilling and watching a good old fashioned movie with a friend.”

During the U.N. General Assembly in September, Trump tweeted sarcastically that Thunberg seemed like “a very happy young girl . . . So nice to see!” after a video of her impassioned – and somewhat fatalistic – plea to global leaders about the dangers of climate change went viral.