President Donald Trump on Monday was critical of the recent announcements by the NFL’s Washington Redskins and Major League Baseball’s Cleveland Indians that the franchises are considering name changes, calling them efforts to be “politically correct.”

“They name teams out of STRENGTH, not weakness, but now the Washington Redskins & Cleveland Indians, two fabled sports franchises, look like they are going to be changing their names in order to be politically correct,” Trump tweeted, along with a mention of Sen. Elizabeth Warren, D-Mass., whom he regularly calls “Pocahontas” in jeering reference to her claims of Native American heritage. “Indians, like Elizabeth Warren, must be very angry right now!”

The Redskins announced Friday that they were launching “a thorough review” of their 87-year-old name, which has come under renewed scrutiny during the racial reckoning taking place throughout the country since George Floyd was killed while in Minneapolis police custody in May. Within hours of the Redskins’ statement, the Indians, who have used their name since 1915, announced they were “committed to engaging our community and appropriate stakeholders to determine the best path forward with regard to our team name.”

“This moment has been 87 years in the making, and we have reached this moment thanks to decades of tireless efforts by tribal leaders, advocates, citizens and partners to educate America about the origins and meaning of the r-word,” Fawn Sharp, president of the National Congress of American Indians, said after Redskins owner Daniel Snyder issued a statement saying the team’s review of its name would be “conducted with the best interest of all in mind.”

Trump, who earlier Monday tweeted that NASCAR driver Bubba Wallace should apologize to those who stood beside him after his racing team discovered a noose in his garage stall at Talladega Superspeedway on June 21 and described the incident as a “hoax,” has tweeted about the Redskins’ name before, including in response to President Barack Obama’s comments about the name.

In October 2013, Obama told the Associated Press, “If I were the owner of the team and I knew that there was a name of my team – even if it had a storied history – that was offending a sizable group of people, I’d think about changing it.”

“President should not be telling the Washington Redskins to change their name-our country has far bigger problems!” he said on Twitter. “FOCUS on them, not nonsense.” 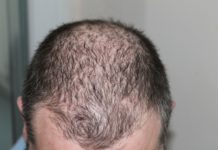