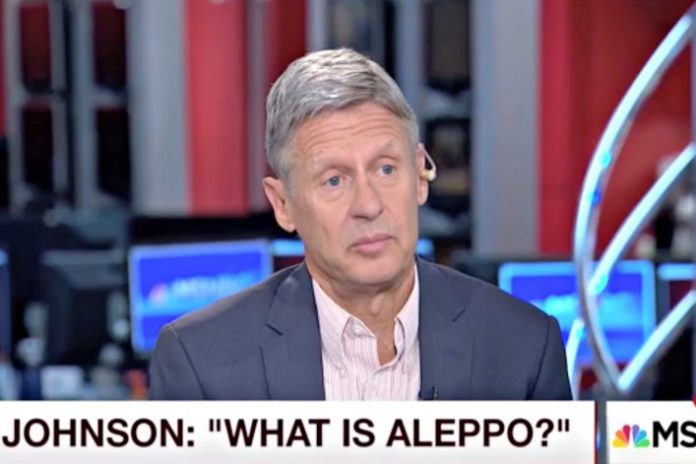 Libertarian presidential candidate Gary Johnson suggested in an interview with The New York Times that the Syrian government’s targeting of civilians in its five-year civil war was similar to the accidental bombing of civilians by U.S.-supported forces. He was pressed as to whether he thought these things were similar and seemed to suggest he did.