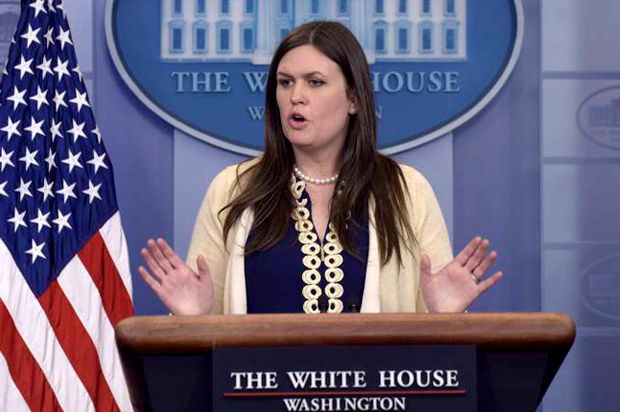 White House press secretary Sarah Sanders was kicked out of a restaurant on Friday night because she works for President Donald Trump.

A co-owner of the Red Hen in Lexington, Virginia, asked Ms Sanders and her family to leave as a protest against the Trump administration. According to the restaurant owner, Sanders was cordial about the ordeal, agreeing to leave without protest.

Sanders later tweeted that “her actions say far more about her than about me”.

Reviews from the restaurant’s Facebook page show a mixture of opinions over the Press secretary’s treatment.

One negative review of the restaurant online read: “I was dining at the Red Hen and witnessed them rudely refuse service to Sarah Huckabee Sanders. I was disgusted and appalled by the incident. I will never eat at this establishment again.”

“Terrible ownership and management: bigoted and prejudiced,” wrote another reviewer.

But many of other users supported the decision. One wrote: “Love this place. Morally superior and the food must be delicious…”