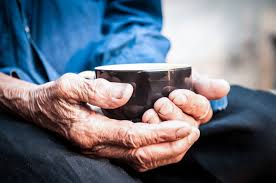 >>Follow Matzav On Whatsapp!<<
By Rabbi Yitschak Rudomin MA
Director: Jewish Professionals Institute, Email: rudomin@jpi.org
When a young couple stands under the Chupa they are full of hope and the most wonderful feelings for each other. Their youth, energy and strength is taken for granted. But as we know, nothing stays the same, and as life moves on we age and we also, Lo Aleinu, have to face illness and the challenges of the changes we all undergo as we age and move from decade to decade in our lives.
Aging is natural, but for many people in our youth-oriented world it is not an easy Nisoyen (“test”). When we are young we think it will be that way forever, but that is not the way HKB”H has designed the world. We move on in life and things happen to us. After 25 years of marriage we will IY”H have grown children and probably be Bobbies and Zaydies. We will look older, obviously, but most importantly we begin to act and behave and think like older people. For many people this is a difficult adjustment to go through and accept. Many people try to act and think “young” even though they are much older already. Most challenging is when one spouse is thinking “young” while another spouse is not just thinking “older” but has developed signs of aging such as a weaker memory and less energy and strength to do the things they used to enjoy doing together as a couple and family. This will introduce huge challenges to the relationship and to the continuation of Shalom Bayis.
Husbands and wives need to be aware and sensitive to each others’ changes as they get older together and that they will have to make huge adjustments over time and accept the fact that even though they are still 100% committed to each other, the person you marry as a youthful ball of energy will change over the decades, as HaShem blesses you with Arichus Yomim, Im Yirtzeh HaShem.
Sadly, there are couples who cannot adjust to this reality and far too many start to think of divorce unfortunately. But that is not the right Derech that just for natural changes there should be a divorce that will ruin everyone’s lives especially of all their children even if they be older and already married themselves. Divorce should only be an option for the most serious situations not related to the natural process of aging from the normal biological and physiological changes that overtake us as we get older, that should be viewed as a Brocha of Arichus Yomim (“blessings of long life”) and not as a“Klala” Chas VeSholom (a “curse,” G-d forbid).
When it comes to illness it gets tougher and more complicated and it’s an even bigger test than aging!
I had a very close  friend who at the peak of his life became very will with premature Alzheimer’s as a young person. Given the strength of his Shalom Bayis with his wife, she had the strength to cope with his long-term hospitalization and early passing. Their rabbi and the community she lived in helped to pay off the mortgage of their house given the respect they had for this suffering couple in their midst. Shalom Bayis brings many Brochas!
One of the greatest tests that Shalom Bayis faces is when their is a tragedy or ongoing chronic illness or disability in a family. For example, when a spouse is involved in an acident and has to undergo long-term therapies, we so often get appeals in the mail to help such families with Tzedaka. What needs to be known is that money alone does not “fix” such a pressured family’s problems. The wife may have lost the ability of the husband to be a caring father and she is forced to pay so much attention to him, or to a sick child or to a sickly aging parent, so that the prior blissful Shalom Bayis melts away and in its stead comes arguments and Tzores, not of anyone’s making, but it is a stress on the family. Families such as this need to reach deep into their own Koiches (“strengths”) to find theEmuna and power to go on with life and they need the deep understanding of close family, important friends and neighbors to be there for them.
May we only have good health and Simchas and the holy gift of Shalom Bayis in all our homes.
{Matzav.com}