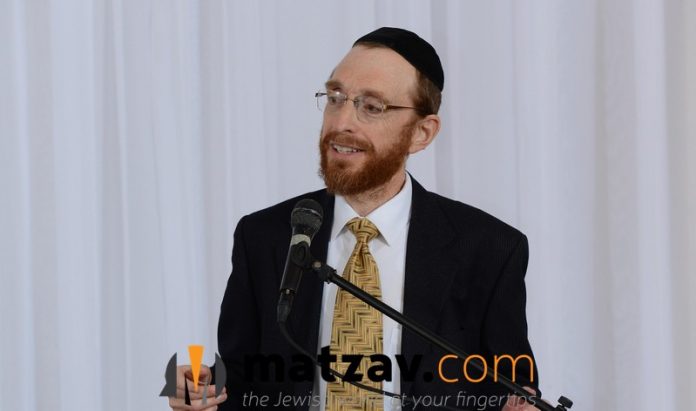 Once, when I was a young child, my parents called an electrician to our home to investigate a strange noise and foul smell emanating from our only air conditioner. After struggling for a half-hour to remove the antique unit from the window, the electrician came out and announced his verdict.

“You need a veterinarian, not an electrician,” he announced. He then went on to explain that a bird had managed to build its nest between our air conditioner and the
window sill. The mother bird was living there together with three recently hatched baby birds.

Following the instructions we received over the phone from the A.S.P.C.A., we gingerly transported the nest to the edge of our upstairs porch. Peeking from the window, we then breath-lessly watched and waited to see if the mother bird would return to feed her young. Eventually, she did. For three weeks, my family and I witnessed in fascination
and awe the miracle of the mother bird arriving daily to feed
her babies. She did not sleep in the nest, as our porch was too
exposed for her liking. But she did not abandon her brood.

“Posei’ach es yadecha umasbia l’chol chai ratzon, You open
up your hand and provide food for every living creature
according to its desires” (Tehillim 145:16 with Metzudas
David’s interpretation).

Finally, after the fledglings had matured sufficiently, they
each hopped out of the nest, took a few more warm-up hops
along the porch railing and then flew off, all on the same day.
Neither they nor their mother returned, even for “pachim
ketanim, small jugs.” The entire maturational process, from
birth to independence, took approximately four weeks.
For humans, the process of maturation which leads to leaving
the nest takes much, much longer. It begins with the first,
brief separations when an infant is left with a babysitter. It
proceeds through the longer separations of going to school
every day. And it culminates in the overnight separations of
summer camp, dormitory living and, eventually, marriage.
Each one of these separations challenges the coping skills
of children and their parents. As each hurdle is passed, a child
gains confidence and personality strengths which fortify him
or her to be able to take on the next hurdles when they come.
Just as some children grasp and absorb the alphabet more
quickly than others, some children have an easier time coping
with separation from home and parents than do other children.
And just as the quick readers are not necessarily
smarter than their slower reading classmates, the quick
accommodators to separation are not necessarily healthier or
better adjusted than their more dependent peers.

The role of the parents in all of this is not to criticize or
compare their children with others. Rather, parents need to be
there to sensitively and compassionately assist their children
in advancing to the next level of separation.
Those children who never seem ready may need extra help.

And if a child appears to be lagging very far behind in his or
her maturational development, a consultation with an expert
may be warranted. But for the most part, children simply need
patient understanding, encouragement and plain old emotional
support.

One of the most difficult separations for some children is
the first four- or eight-week stay at a sleepaway camp. This
represents a quantum leap forward, toward independence, and
it is a leap which is quite challenging for many children. As a
result, these children may suffer symptoms of homesickness
during part or all of that first stay at camp.

A little homesickness is natural and is not cause for alarm.
But intense, prolonged homesickness can traumatize a child,
torture the agonizing parents and waste the significant
expense of the camp tuition. Part of the parents’ responsibility,
therefore, is to do whatever they can before their children go to
camp to insure that any feelings of homesickness will be kept
to a minimum. And although some homesickness is almost
inevitable, there are still some very concrete steps parents can
take to help prevent major homesickness at sleepaway camp.
Ss

“HELLO, MR. COHEN?* THIS IS RABBI SCHWARTZ* FROM
Camp Kayitz.* As we discussed earlier this
week, your son (daughter) just does not seem
ready for camp this year. I have consulted with his (her)
counselor and the division head, and we all agree that…
perhaps you should come up on Sunday and take him
(her) home.”
* Not their real names.

No one — absolutely no one — would like to be on the receiving
end of that phone call. Yet that possibility exists for many parents
every year. Like it or not, sleepaway camp has, in many cases,
become a fact of Torah life in America today. Many mosdos hachinuch
even require their talmidim to attend a Torah-oriented summer
camp to insure that Torah study will continue during the summer.
(Few day camps are geared for campers older than 11 or 12.)

For most children who go, camp is the highlight of the year. It
is eagerly anticipated, thoroughly enjoyed, and long remembered
with much affection. For some, however, the prospect of a trip to
camp becomes a nightmare of apprehension and terror, brought
on by the thought of separation from home. When that happens,
parents are faced with two equally unacceptable choices: leave
the child at home and let him or her lose out on all of the educational,
social and recreational advantages of camp, or force the
child to go to camp and subject him or her to the emotional torture
and social disgrace of chronic homesickness and, possibly,
receive a call like the one from “Rabbi Schwartz.”

Don’t all children miss their parents at camp? Of course,
some homesickness is normal for most children during their first
trip to an overnight camp, or at the start of each summer. But
there are other children who experience abnormal amounts of
distress at camp.

Instead of settling into camp life in a few days, they pine away
for their parents, cry often, insist on calling home, and refuse to
participate fully in games, learning or activities. They have difficulty
falling asleep at night, may become nocturnally enuretic
and, in short, cause their bunkmates, the camp staff and administration,
as well as their parents, considerable anguish.

Is there anything that can be done to help these children make
a better adjustment to camp?

Most problems are more easily solved if the cause and exact
nature of the problems are understood. When a child of any age is
either homesick or expresses fears of becoming homesick, he is
not simply “acting like a baby.” Except for those rare cases when
a child is willfully rebelling, or “punishing” his parents for “dumping”
him or her into a camp for “their convenience,” homesickness
is not something that a child can control on his or her own.
Normally, if the camper could, he or she most surely would keep
their emotions and behavior in check. Insulting or shaming the
child for such feelings is not only ineffective, it can exacerbate
the problem, as well.

Basically, homesickness means that the child has not yet
learned how to trust that his relationships with his parents will
remain constant in spite of separation. Since most adults take
constancy of relationships for granted, it is often difficult for parents
to understand why their child is having so much trouble coping
with the temporary separation of camp.

Adults have all had the experience of meeting an old friend
after many years of separation. Usually, the two need little time to
get reacquainted. They seem to resume the friendship exactly
where they left off many years earlier. The reason for this is that
both adults carried the relationship within them, unaffected by
the separation of time and distance.

Children cannot do that. They have yet to learn, through a
time-consuming process, that relationships continue in spite of
separation. Infants, for example, burst into tears as soon as their
mother leaves the room. This is because, to their immature minds,
the mother ceases to exist when she is out of sight. As they
mature they learn that if they can hear their mother in the next
room, she is still there. After that, they learn to trust that even if
they cannot see or hear her in the next room, their mother still
exists. Eventually, they can even learn to tolerate mother’s leaving
by trusting that she will return.

Chazal, of course, understood all of this over 2,000 years ago,
when they used the emotional criterion of “not needing his moth-
er” for determining when a boy is obligated (for chinuch) to sleep
in a succah.

This stage of emotional development was defined as
“waking up and not calling out, ‘Mommy, Mommy!’ ” (See Succah
28b and Tiferes Yisrael on Succah 2:8).

As a result of personality, experiences, or both, some children
develop such fear of separation that they cannot go to camp with
their peers or even in some extreme cases, cannot go to school.1
For children to overcome homesickness, therefore, they must
be helped over the developmental hurdle of coping with separation.
This is accomplished by their learning to trust the constancy of their
relationships with their parents. Sounds good, but how is this done?
If parents take the following steps before the summer, they
can succeed in helping the vast majority of children who suffer
from this annual ordeal. For the child who is most likely to
become homesick, here’s what parents can do:

Build up to the Major Separation of Camp With Smaller, Trial Runs

_ _ _
Dr. Meir Wikler is a psychotherapist and family counselor in full-time private practice with offices in Lakewood, N.J. and Brooklyn, N.Y. This article is excerpted from his Partners With Hashem (Artscroll, 2000).