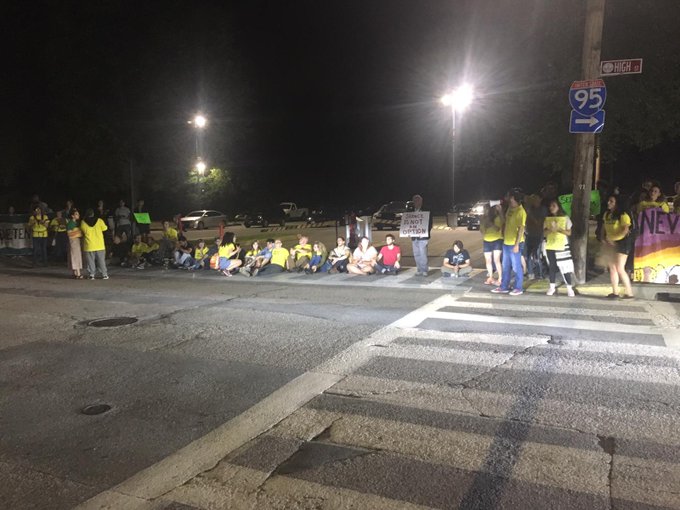 A man wearing a guard uniform swerved a black pickup truck into a group of about 30 protesters from the Jewish activist group Never Again Action who were demonstrating in front of a Rhode Island prison that cooperates with Immigration and Customs Enforcement on Wednesday night. Video of the encounter in front of the Wyatt Detention Center near Pawtucket shows the driver of the truck honking his horn and stopping before quickly accelerating toward the group. He then walked into the facility. A short time later, a second guard pepper-sprayed the protesters.

“It was terrifying because we didn’t know what exactly his intention was,” Amy Anthony, a spokesperson for Never Again Action, told The Washington Post. “It certainly appeared he was trying to hit us.” The demonstrators included children and at least one person in a wheelchair. “If this is the way this correctional officer is behaving in public when people are recording, it’s not hard to imagine the behavior is much worse behind the walls in the facility where no one can see what is happening,” Anthony said. Read more at the Post.