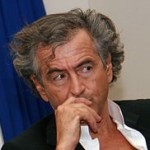 Amid a flurry of criticism directed at social networking giant Facebook over its policing, or lack thereof, of anti-Israel and antisemitic hate, a staunchly pro-Israel article by a renowned personality has mysteriously been wiped from the network’s pages.

The article, titled Things We Need to Stop Hearing About the ‘Stabbing Intifada,’ was penned by French philosopher and activist Bernard-Henri Lévy.

In it, Lévy refers in passing to the popular use of Facebook as a tool for Islamists to build support for their cause, and highlights a slew of injustices surrounding the latest wave of Palestinian stabbing attacks against Israeli Jews sweeping the Holy Land.

Among the items Lévy decries are phrases “used to explain — or excuse — criminal acts” against Israelis, the “tepid” condemnations of the terror from the international community, and that “most of the major media have paid the grieving Israeli families only a fraction of the attention they have paid the families of the perpetrators.”

The disappearance of the article from Facebook was first brought to the public’s attention by watchdog group The Committee for Accuracy in Middle East Reporting in America (CAMERA) which noted that their constituents had noticed the article’s absence. The post was also removed from The Algemeiner‘s own Facebook page where it had amassed some 40,000 views. Other readers of The Algemeiner also noted that it had been removed from their own Facebook pages, and a Facebook search for the article came up empty.

French-Jewish artist and activist Ron Agam, a close acquaintance of Lévy, was incensed when he discovered that the article had been removed from his Facebook wall. “I am stunned that Facebook had the audacity and brashness to silence one of the most important Jewish voices in the world,” Agam told The Algemeiner. “I am furious and disappointed… Israelis are being stabbed and killed [because of] incitement with an ideology of hate funneled by Facebook while they find the time to silence a man of peace and conciliation.”

The removal of Lévy’s article comes as Facebook is set to be dragged to court over its handling of terror incitement on its pages. Israeli NGO Shurat HaDin-The Israel Law Center announced on October 15th that it plans to file a class action lawsuit against the company following multiple complaints lodged by concerned users about the proliferation of pages in Arabic that call for the killing of Jews. At the time of the announcement, some 10,000 Israelis had signed a petition to join the lawsuit.

“We thought that fighting it [terror] requires minimizing the incitement,” Israel Law Center founder Nitsana Darshan-Leitner told The Algemeiner at the time. “And this is why we are trying to get an injunction against Facebook to shut down those kind of pages and monitor the site to prevent other ones from appearing.”

Others were generally more skeptical of efforts to control what is posted on Facebook.

Israeli Foreign Ministry spokesman Emmanuel Nahshon told The Algemeiner recently about his office’s attempts to get Facebook and Google, which owns YouTube, to remove incendiary material and prevent similar content from appearing in the future.

“It is not certain that removing such clips from social media will have an effect” on the current security situation in Israel, or on the Palestinian populace, he said. “Remember, social media sites cannot do anything of this sort in advance. They react to what is reported by other users and then flagged. So, for every film they remove, another one crops up.”

“It is ridiculous to say that Facebook cannot monitor these things,” she said. “Notice its millions of algorithms that know exactly what you like to wear and eat, who your friends are, what music you’re interested in, etc. How else do ads aimed specifically at you mysteriously appear in your feed and on the side of the page? If it’s got algorithms for consumer purposes, it can have algorithms for other purposes, as well.”

Other Israelis are also protesting Facebook’s approach to the issue of incitement.

Last week, activist Rotem Gez spray-painted anti-terror graffiti – including a red palm with the words “blood on your hands” — on the wall of the building that houses Facebook’s Israel headquarters. He said he is among many Israelis who are appalled by the social media giant’s failure to remove pages encouraging the murder of Jews and Israelis.