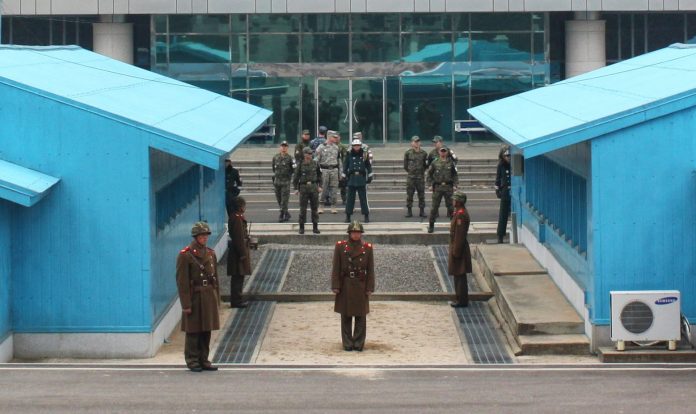 North and South Korea on Tuesday took down large speakers along the border between the two countries that had been used for years to blast propaganda.

The Associated Press reported that South Korean soldiers began dismantling the speakers and taking them away from the border. A South Korean military officer told the AP that North Korea had begun doing the same thing.

The removal of the speakers is the latest in a series of steps that indicate improving relations between the two countries.