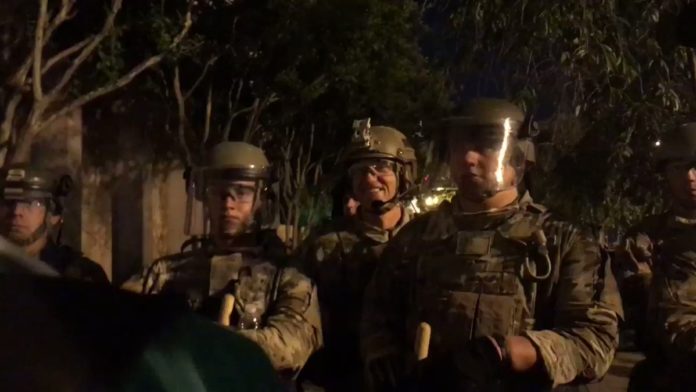 After members of the US National Guard stationed outside the White House asked protesters for a prayer on Wednesday night, some in the crowd sang a Jewish song, according to footage from the scene.

Voices in the clip are heard singing the Hebrew words “Shalom rav al Yisrael amcha, tasim l’olam,” as three Guardsmen, who identified themselves as coming from Utah, watch.
The prayer — which asks God to grant eternal peace to the people of Israel — is part of the “Amidah,” a Jewish prayer that is said three times a day.

The video also features a singer enthusiastically shouting “Tasim l’olam!” The clip ends just as one protester begins to suggest another song.

According to The Associated Press, thousands of protesters gathered near the White House on Wednesday, the sixth night of protests there over the killing of George Floyd by police in Minnesota last week.