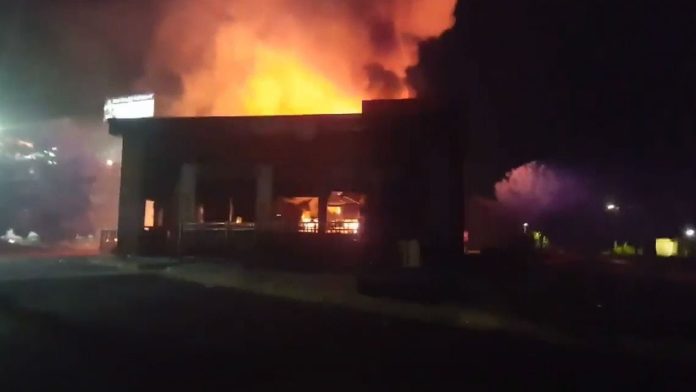 Protesters shut down a major highway in Atlanta on Saturday and set fire to a Wendy’s restaurant where a black man was shot by police as he tried to escape arrest, an incident caught on video and sure to fuel more nationwide demonstrations.

The unrest broke out after dark in Atlanta, where earlier in the day Mayor Keisha Lance Bottoms said she had accepted the prompt resignation of police chief Erika Shields over the death on Friday night of 27-year-old Rayshard Brooks at the Wendy’s.

The police department has terminated the officer who allegedly shot and killed Brooks, police spokesman Carlos Campos confirmed late on Saturday. Another officer involved in the incident was put on administrative leave.

Authorities have not yet released the names of the two officers, both of whom were white.