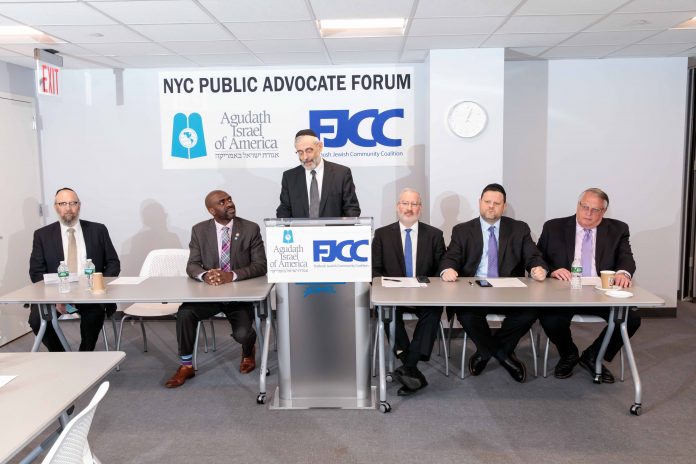 Leading contenders in the race for public advocate turned out to address Jewish community
leaders at a forum co-hosted by Agudath Israel of America and the Flatbush Jewish Community Coalition (FJCC) in advance of the upcoming February 26th special election.

The election will fill the position vacated by Letitia James, who became New York State Attorney General in January, and with Mayor Bill de Blasio having served as the previous public advocate, winning the race is viewed by many as a springboard to further their political aspirations.

Held at the OHEL campus in the heart of Flatbush, the forum had a diverse group of
community leaders representing Agudath Israel, Bobov, Boro Park Jewish Community Council, Chazaq of Queens, COJO of Flatbush, COJO of Staten Island, Flatbush Jewish Community Coalition – FJCC, Flatbush Hatzoloh, Flatbush Shomrim, the Jewish Community Council of Canarsie, the Jewish Community Council of Marine Park, OHEL, the Sephardic Community Federation and representatives of major Flatbush yeshivas including Mirrer Yeshiva, Yeshiva Chaim Berlin and Yeshiva Torah Vodaath joining in a spirited discussion with the candidates about questions of interest to the Jewish community. With turnout expected to be low in the non-partisan race which will be open to all New York City residents, those who cast their ballots in the election will likely have the ability to greatly influence its outcome, making it extremely important to understand the candidates’ views on issues of importance to the Jewish community.

After being introduced by FJCC chairman Josh Mehlman and welcomed by Agudah executive vice president Rabbi Chaim Dovid Zwiebel, each of the candidates spoke briefly about their qualifications and shared their vision for improving the state of the city if elected public advocate, a position that ensures that city government is responsive to the public’s needs.

Starting off the program, City Councilman Rafael Espinal Jr. credited improvements in his
district to his ability to negotiate effectively with the mayor and advocacy skills that have
benefited his diverse constituency, also citing his successful efforts on behalf of Holocaust
survivors. Espinal, one of 28 City Council members who signed on a letter slamming the State Education Department for tough new regulations imposed on all private schools, expressed his support for yeshivas and said that he believed parents should have the ability to educate their children in religious schools.

Republican City Councilman Eric Ulrich spoke about his success representing a wide array of constituents, noting that his track record afforded him a sizable margin of victory when he ran for re-election in a largely Democratic and ethnically diverse district. A private school parent who signed the City Council letter defending yeshiva educational standards, Ulrich declared his support for the NYPD, religious rights and tuition tax credits, vowing to oppose what he described as the mayor’s “ultra-leftist agenda” and criticizing the mayor for allowing reimbursements for special education services to be months behind schedule.

Drawing on his 13 years of experience as a teacher, City Councilman Ydanis Rodriguez, another signatory on the pro-yeshiva City Council letter, stressed the importance of respecting cultures and spoke about his support for funding safety initiatives in nonpublic schools. Responding to questions about how new laws enacted by Mayor de Blasio have harmed small businesses, Rodriguez said that he believed in creating incentives that would increase subsidies to local small businesses.

Having built his platform on prioritizing people over corporations, Assemblyman Ron Kim
advocated for investing taxpayer dollars in nonprofits and committed himself to being a voice for future generations, ensuring that hard work is protected by offering incentives and rewards to those who add value to their communities instead of large corporate entities, such as Amazon. Kim discussed the importance of community, vowing to work hard to protect parents’ rights to provide their children with a religious education and pledging his commitment to taking a tough stand on hate crimes.

State Committeeman and Manhattan Democratic Party Secretary Ben Yee presented a
platform that would empower residents to become active in government, promote community driven city planning and place an increased focus on corruption. Addressing the current challenges faced by the private school community, Yee said that he would use open
communication to allow stakeholders to reach a facts-based consensus.

Calling for affordable housing, rent stabilization and an office dedicated to hate crimes,
Assemblyman Michael Blake expounded on the value of religious freedom and categorized
anti-Semitic rhetoric as unacceptable. The Bronx Democrat expressed his support for Israel
and noted his co-sponsorship of an anti-BDS bill in addition to sharing his concerns about
today’s Democratic party and many of its leftist views. Blake also stressed the need for
personal engagement in order to effectively solve problems.

Attorney Dawn Smalls proclaimed the subways her highest priority and, discussing her track record of breaking through bureaucracy as a member of the Clinton and Obama
administrations, said that she would not tolerate overdue reimbursements for special needs
services.

Former City Council Speaker Melissa Mark-Viverito said that she looked forward to holding
the mayor and city agencies accountable for their actions and to strengthening ties with Israel.

She also expressed concern about the lack of any official conversations regarding the new
nonpublic school regulations, emphasizing that decisions should never be made in a vacuum and that she would have an open door policy to encourage discussion on any issues.

Having heard from the candidates, community leaders stressed the importance of having
every Jewish community member cast their ballot in this extremely significant city-wide
election, which is open to voters of all political parties. Gedolim of both the past and the
present have stressed the importance of voting and given the expected low turnout, Jewish voters have the opportunity to play an extremely important role in choosing the city’s next
public advocate, noted Mehlman.

“The importance of having a public advocate who understands our needs is crucial and we
encourage everyone to go out and vote on February 26 th ,” said Mehlman. “As an engaged
community, we look forward to making our voices heard in the upcoming election and to
working closely with the city’s next public advocate.”

Polls will be open in all five boroughs from 6 AM to 9 PM on Tuesday, February 26 th for the special election to determine the city’s next public advocate. The election is open to every New York City resident regardless of political party affiliation. To find your polling place visit the New York City Board of Elections online at http://vote.nyc.ny.us/html/home/locator_updates.shtml or call 1-866-VOTE-NYC 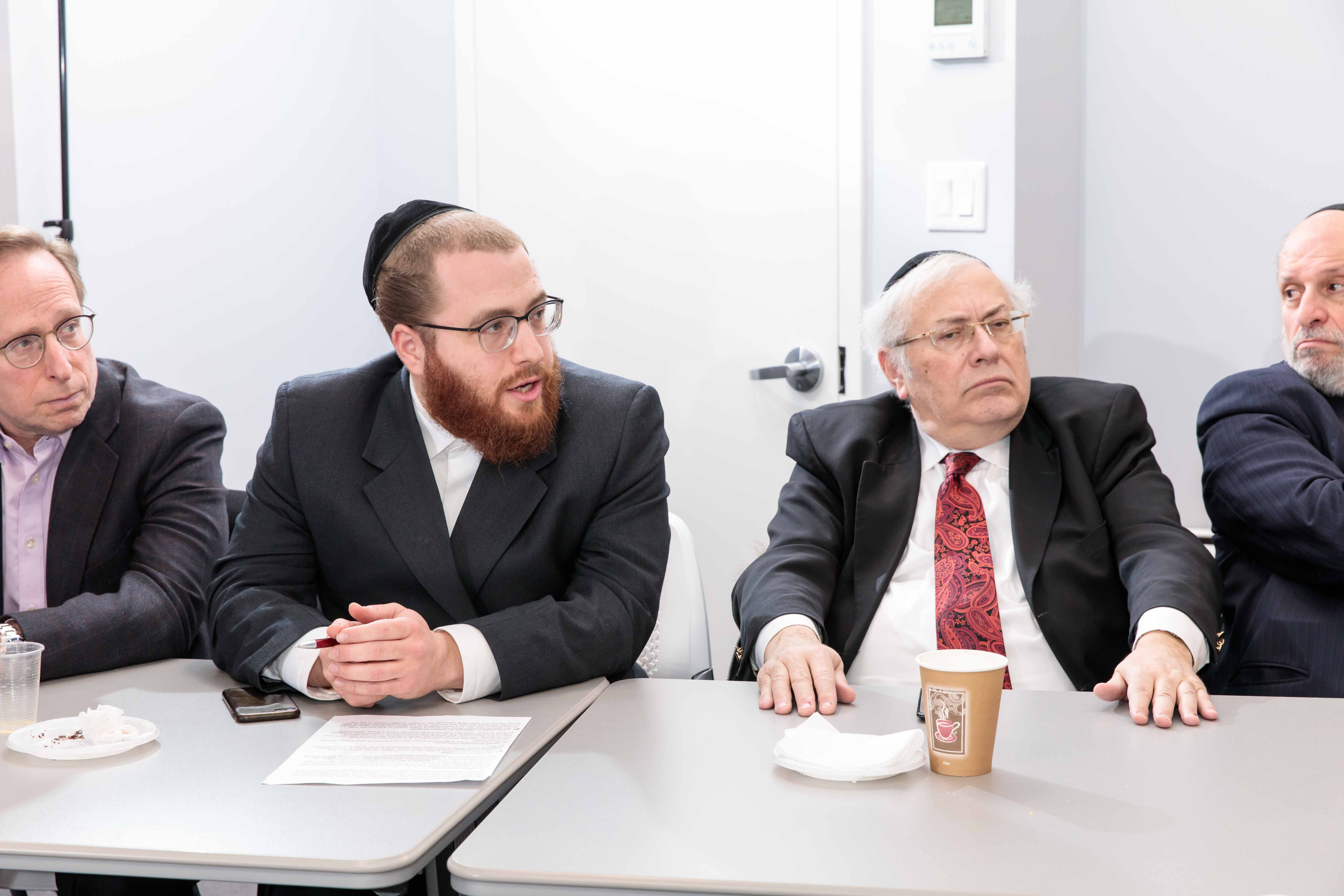 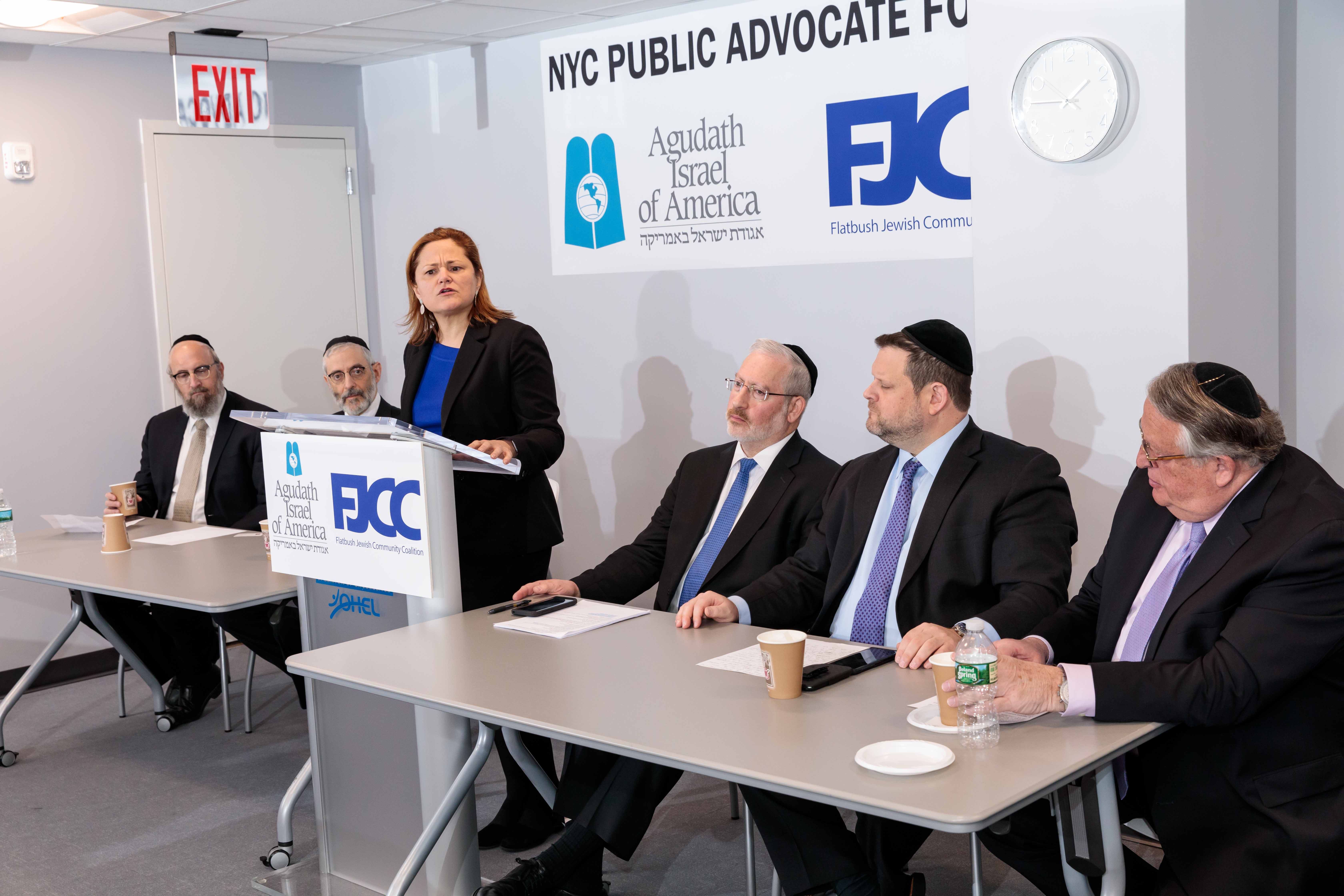 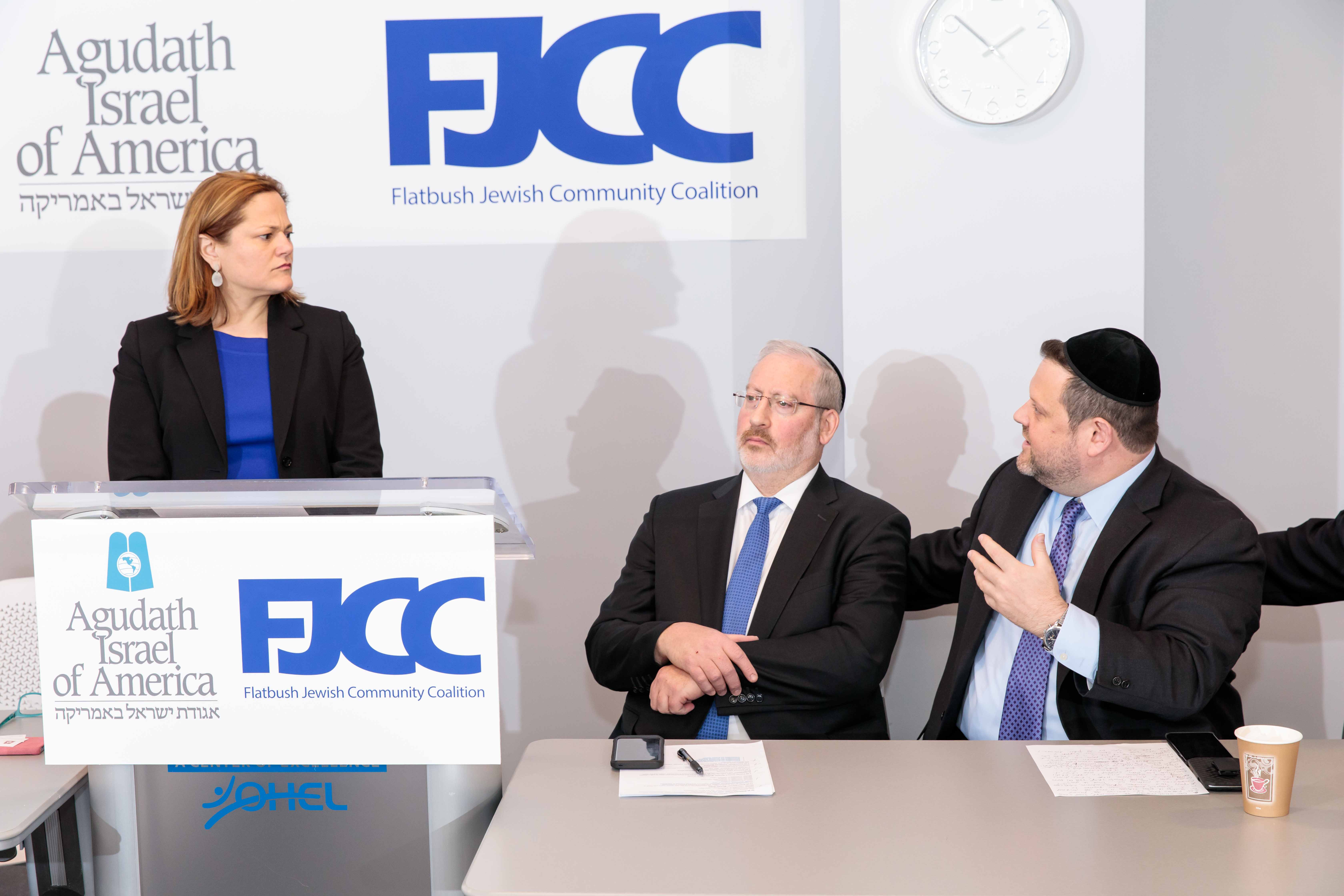 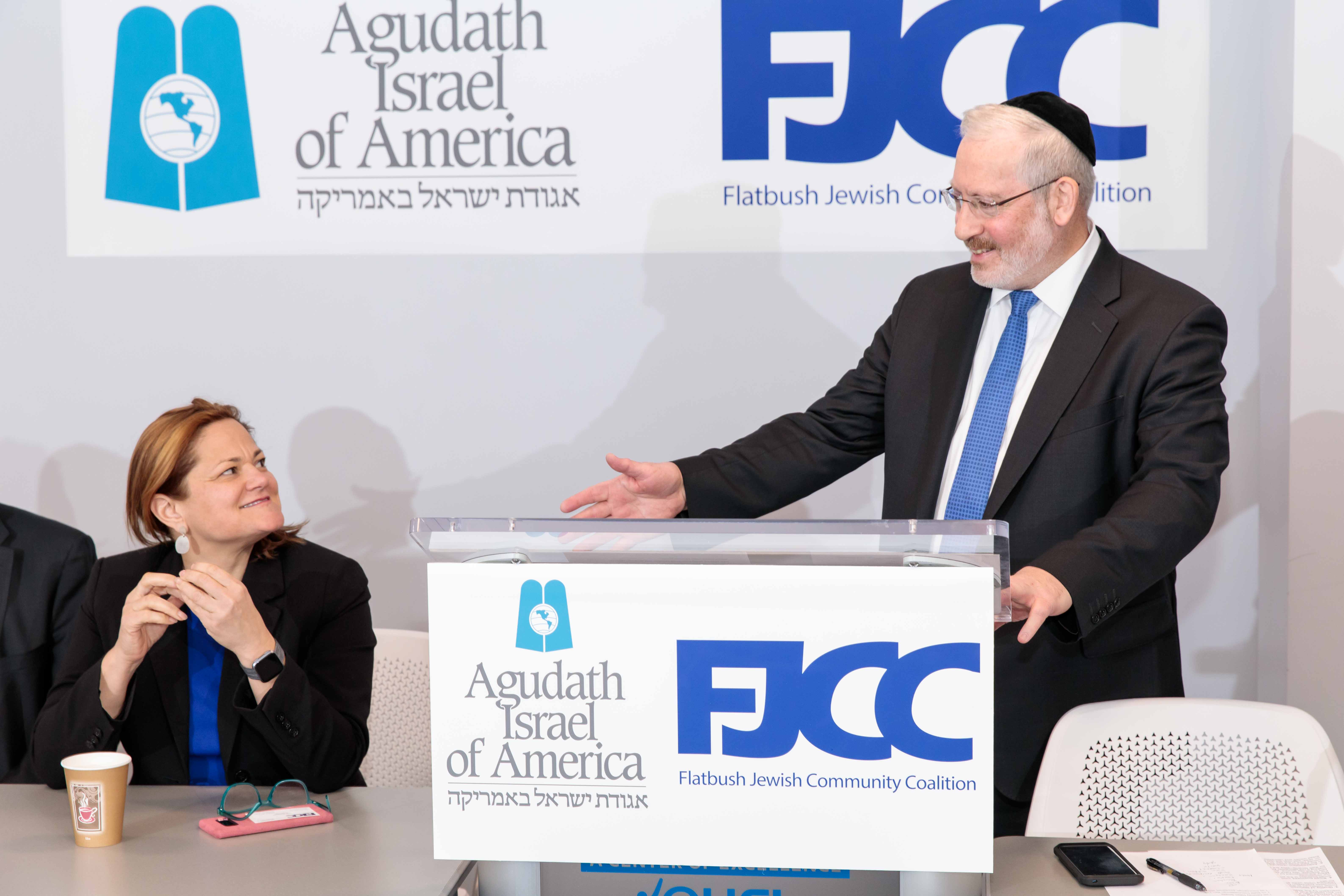 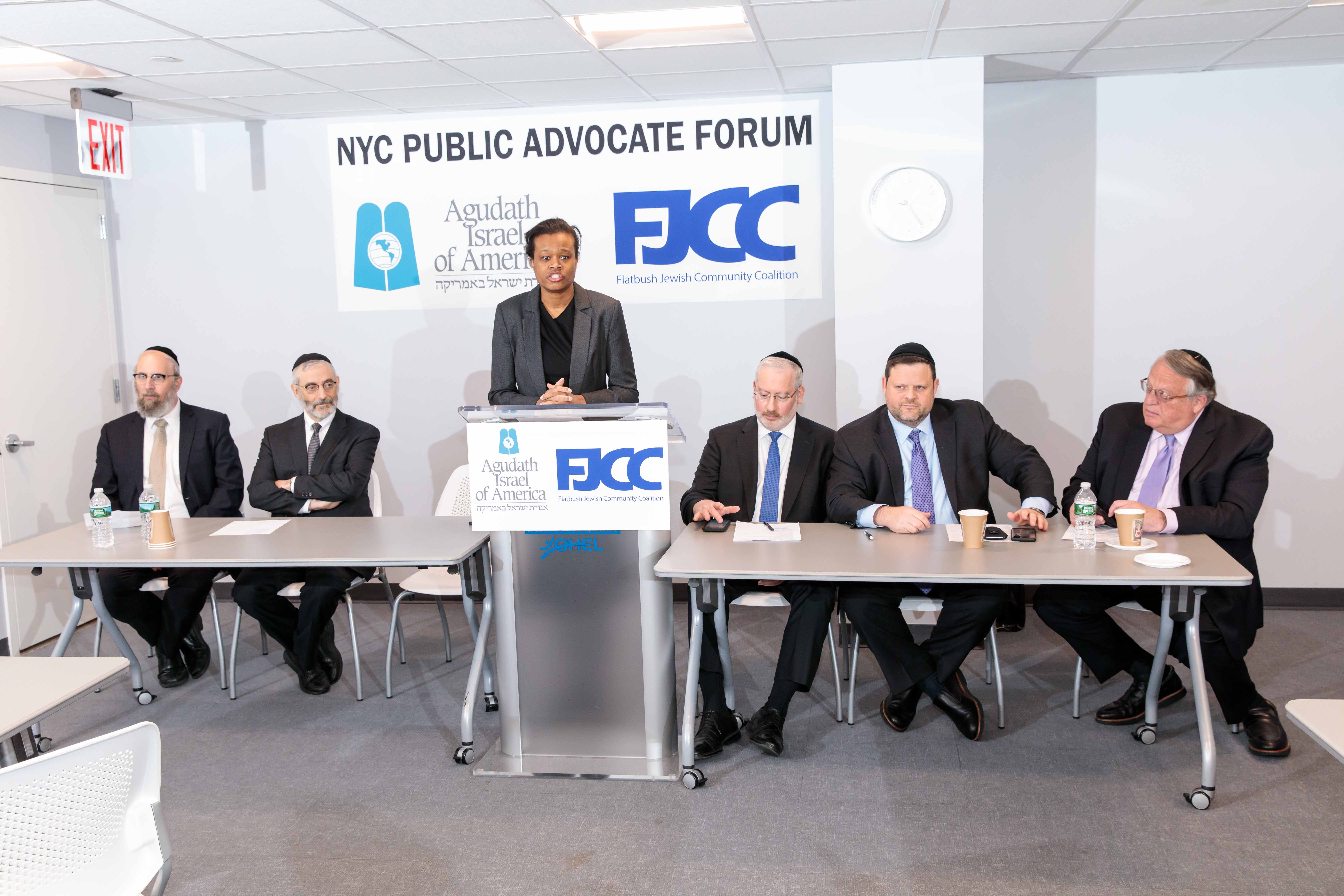 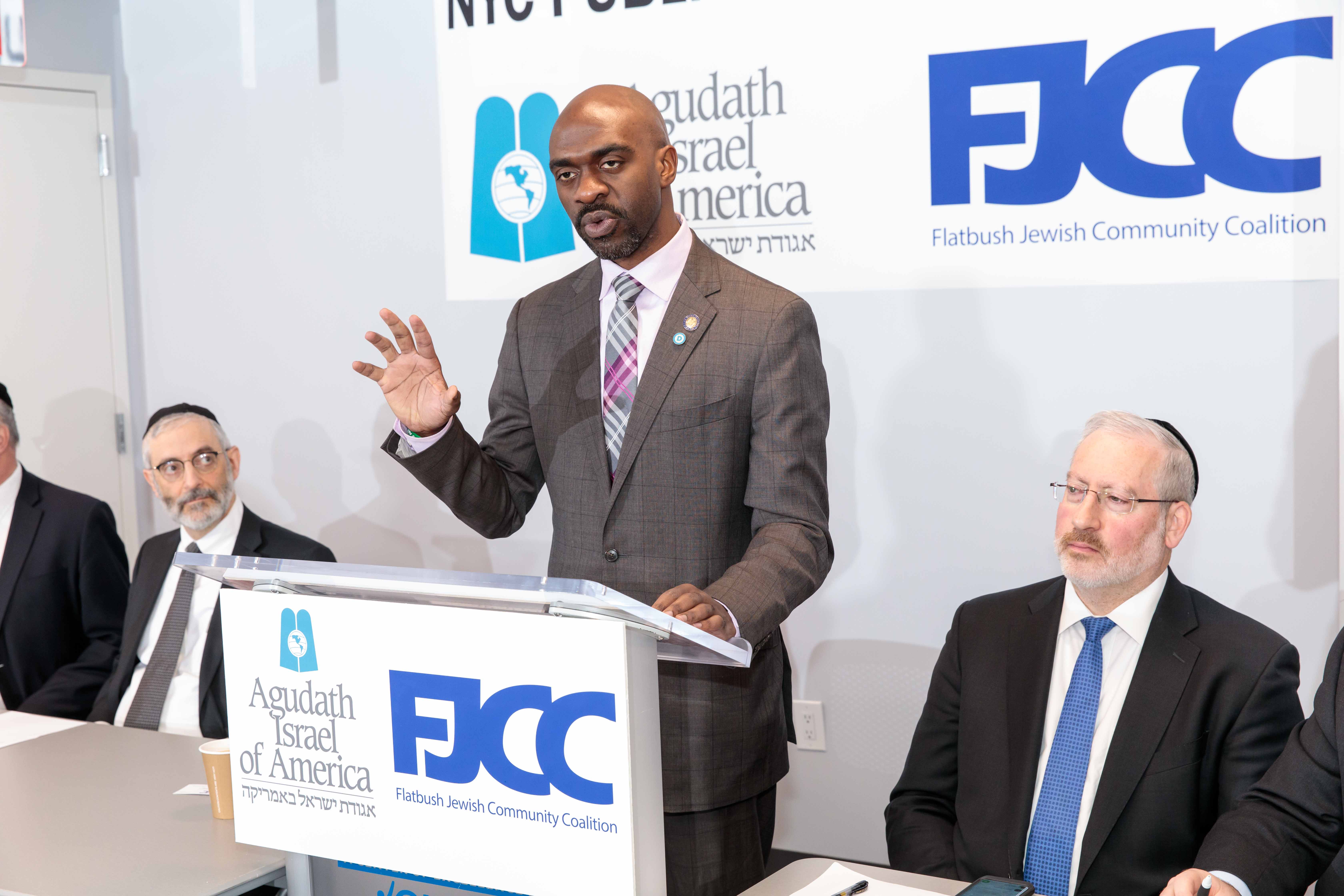 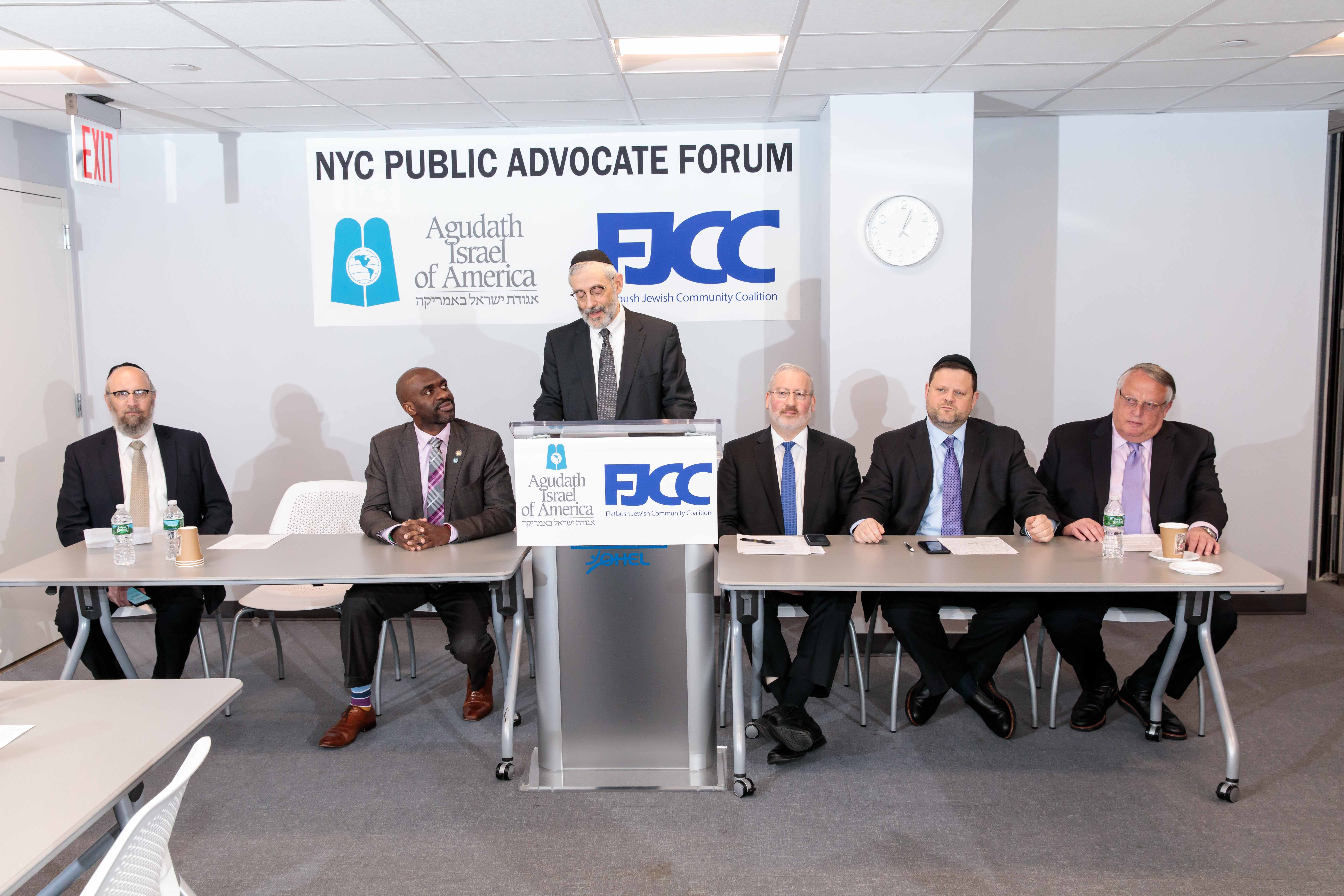 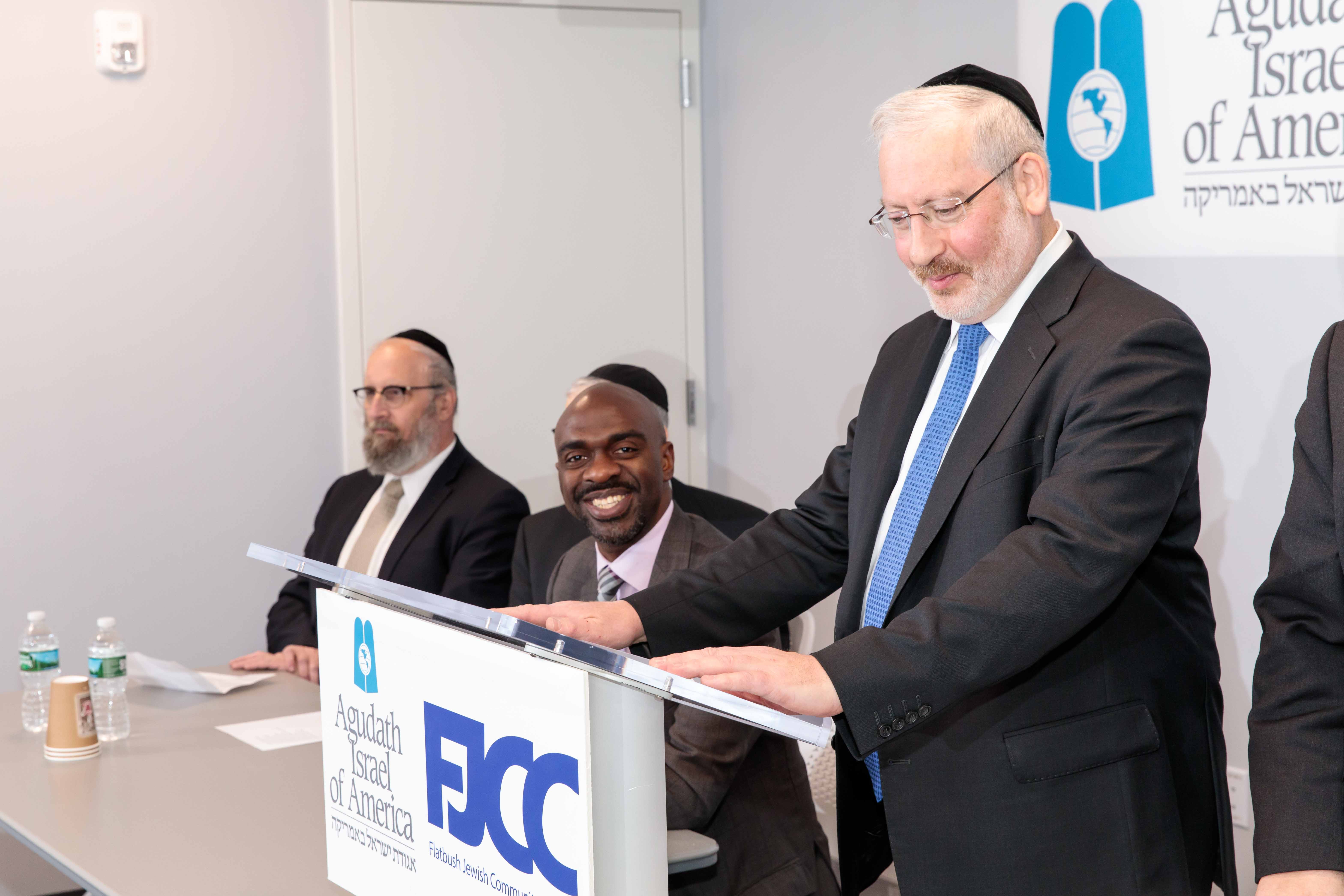 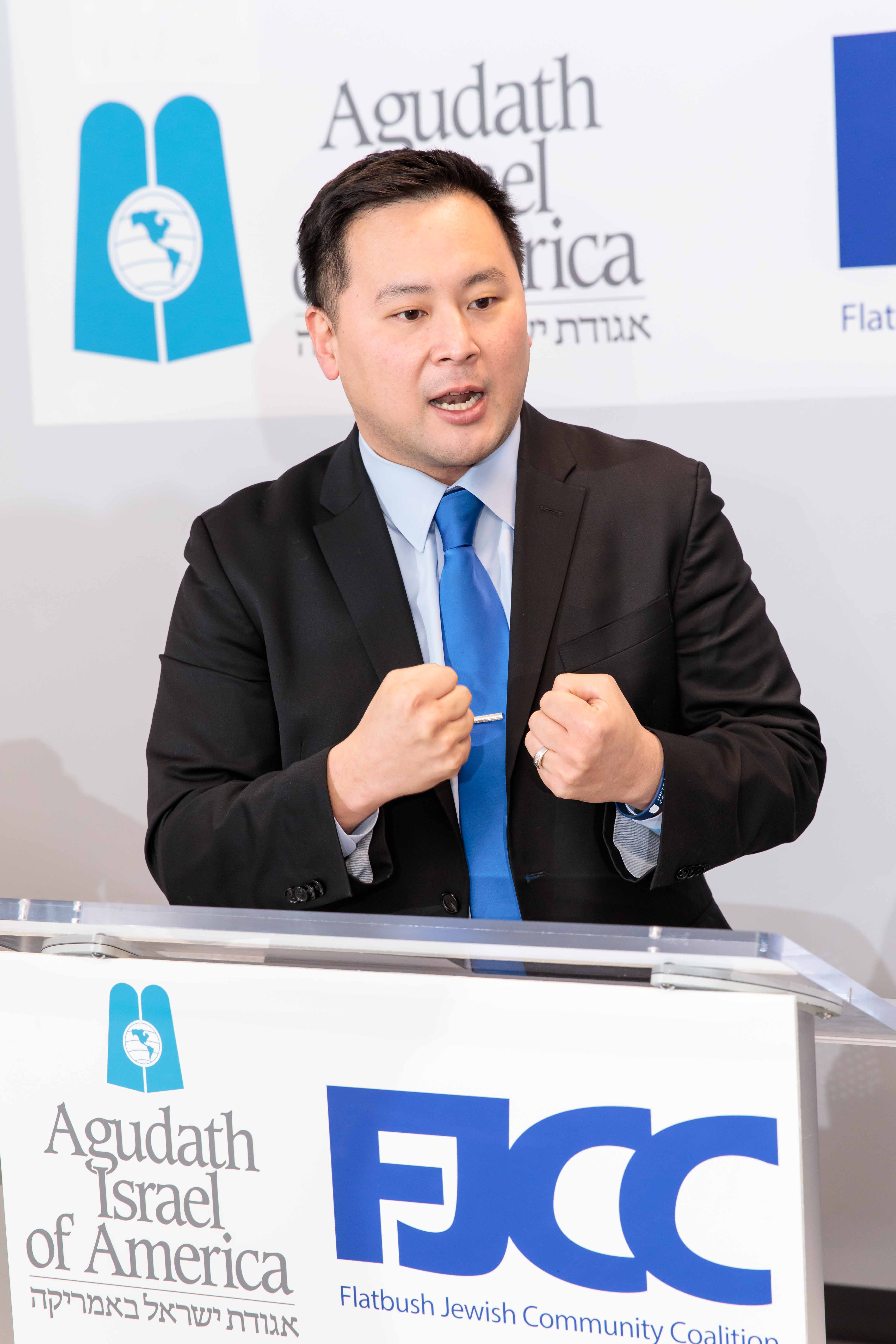 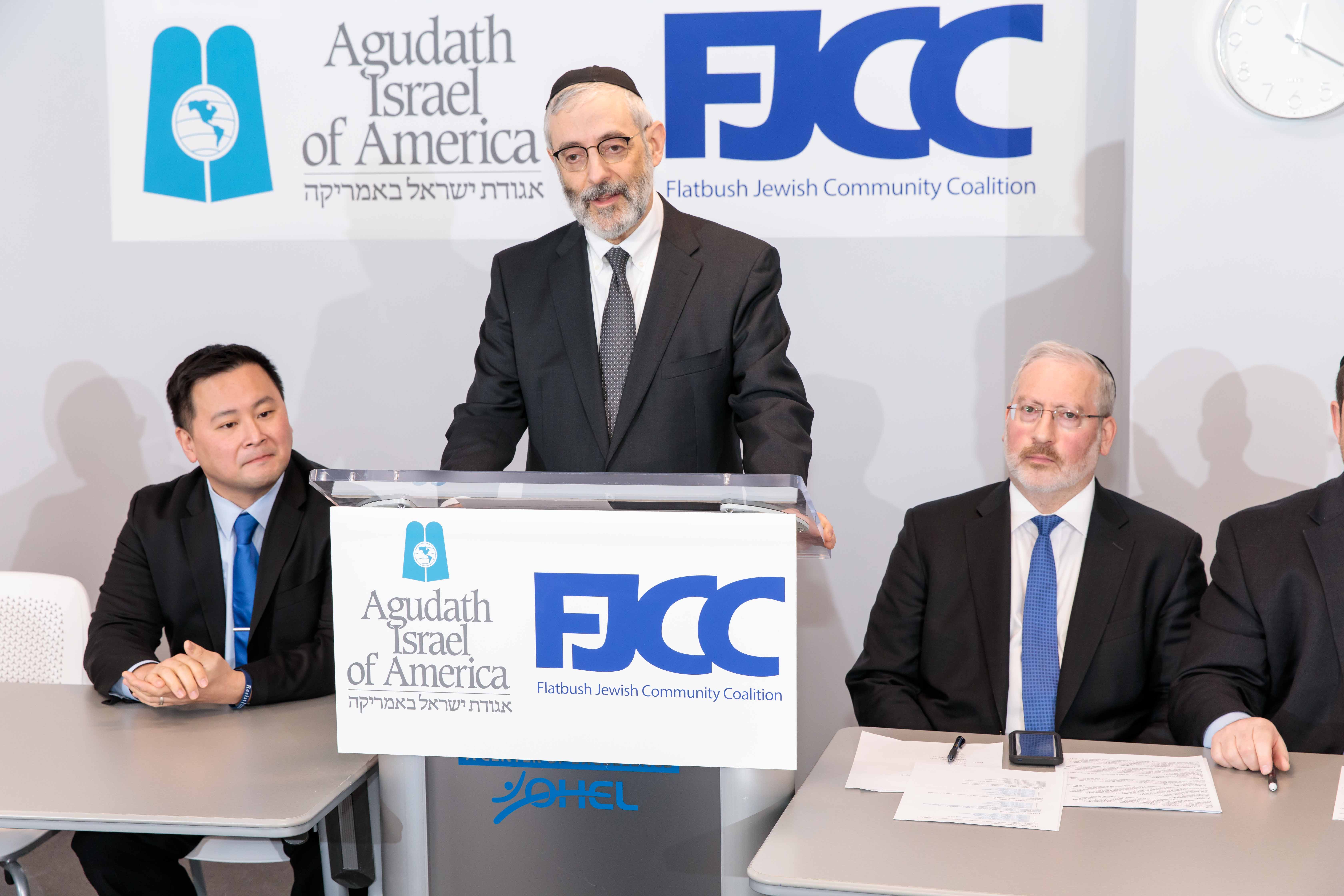 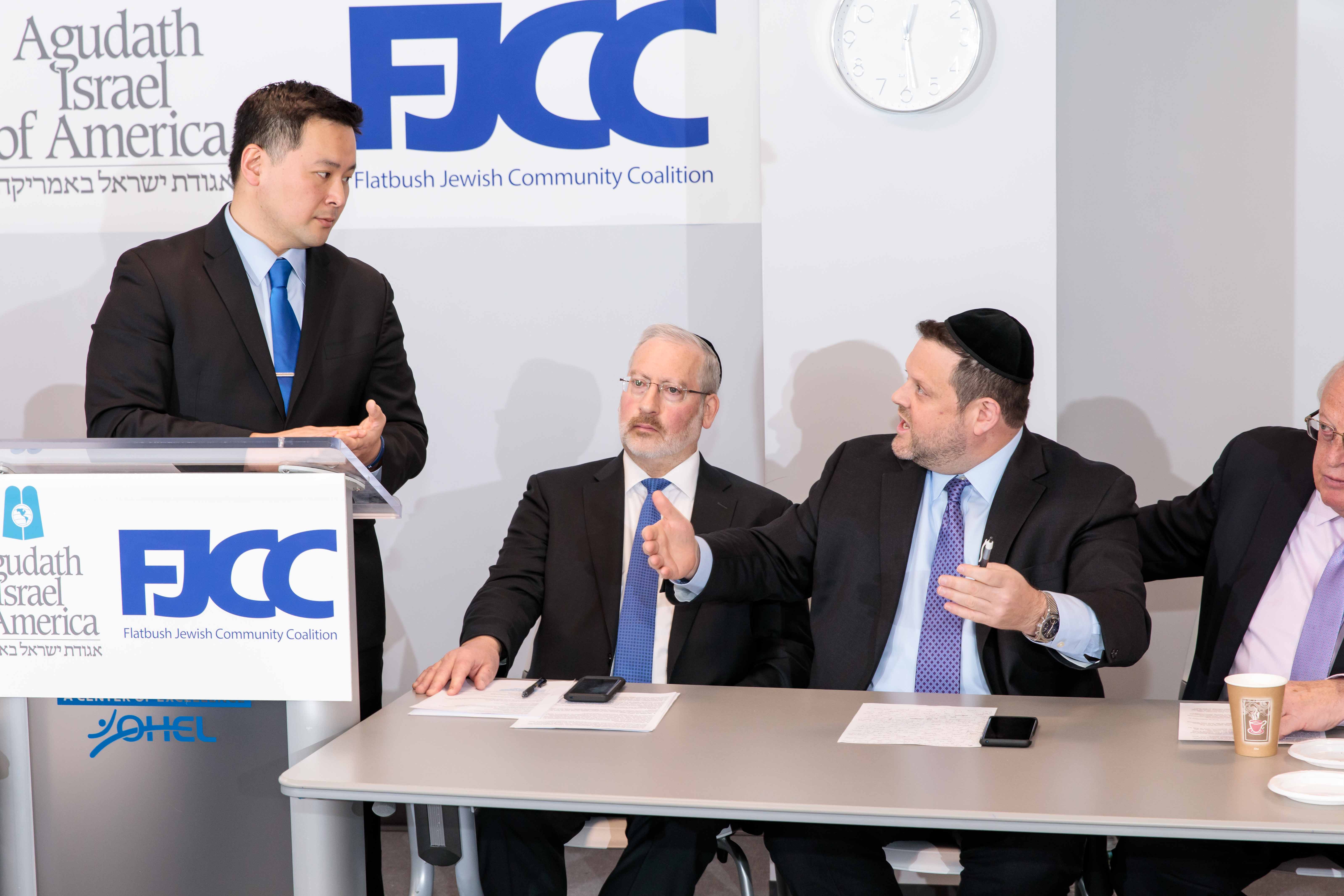 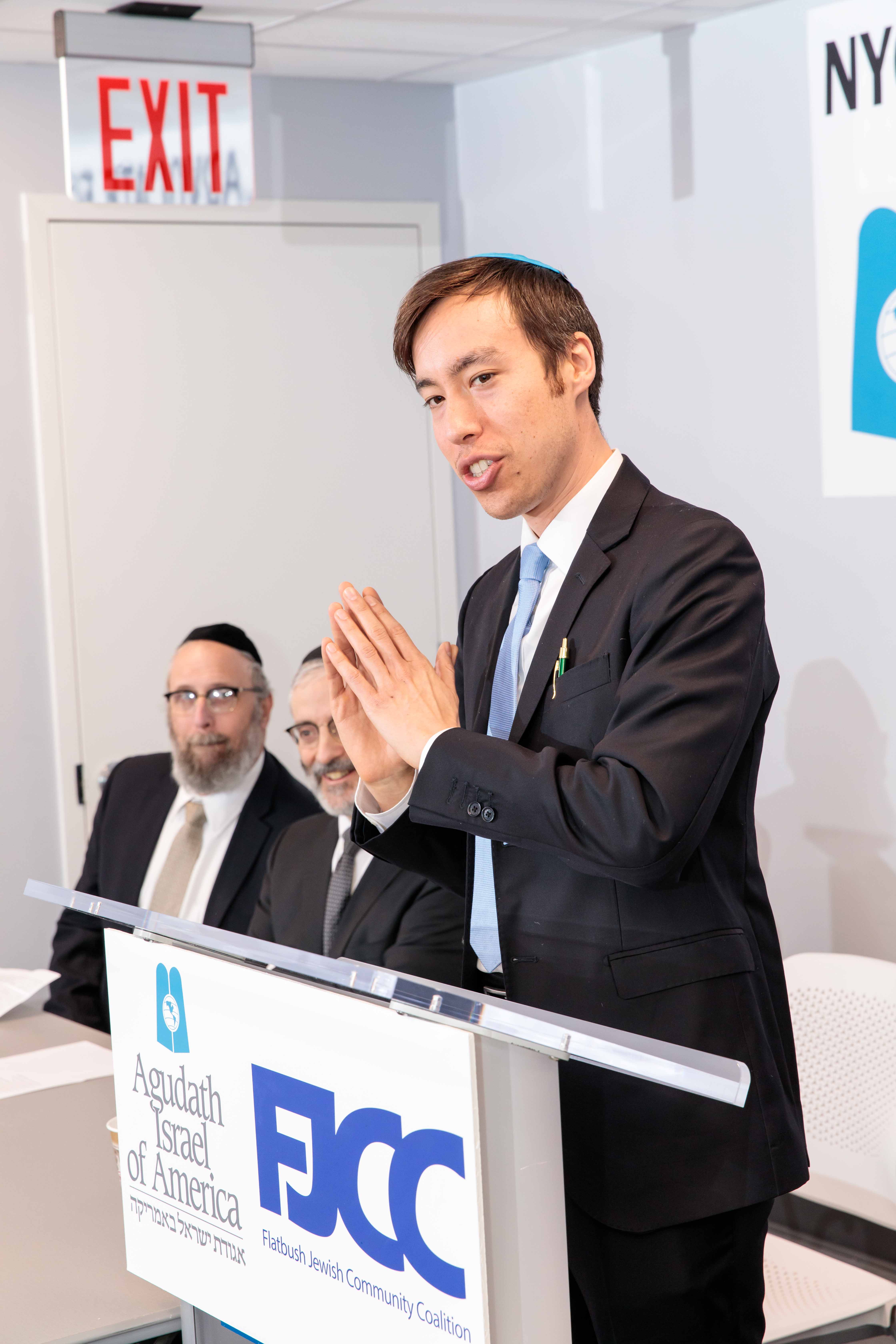 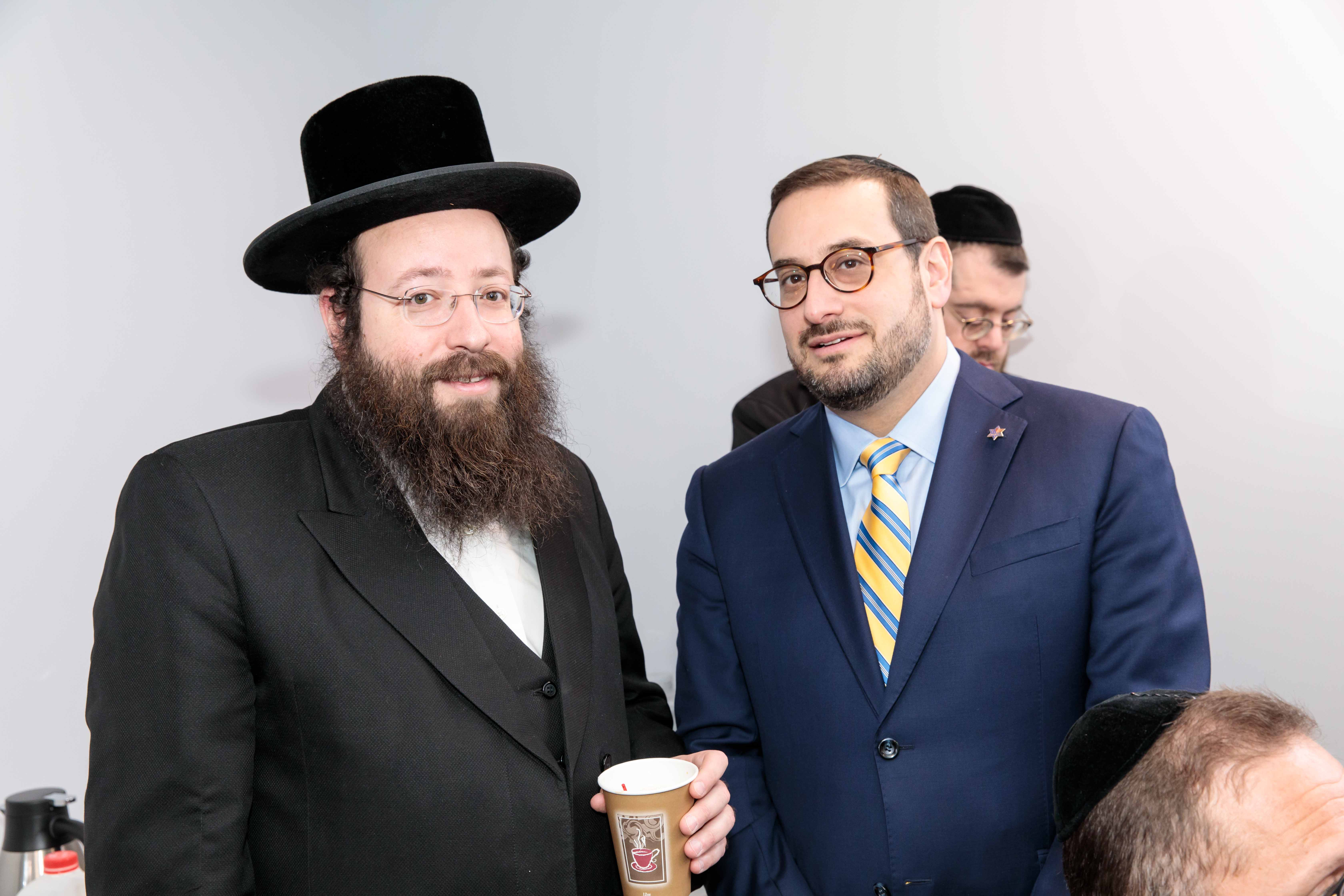 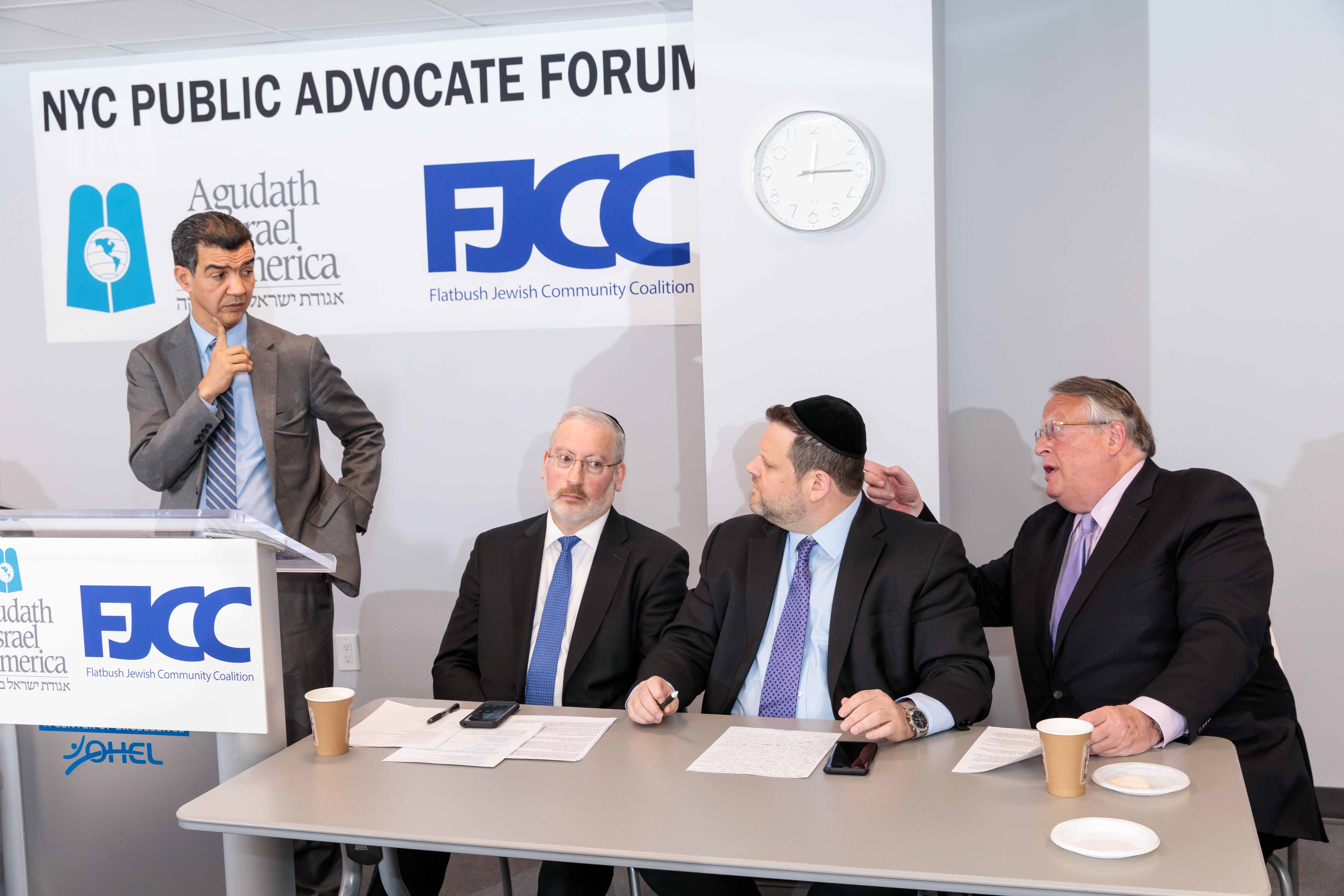 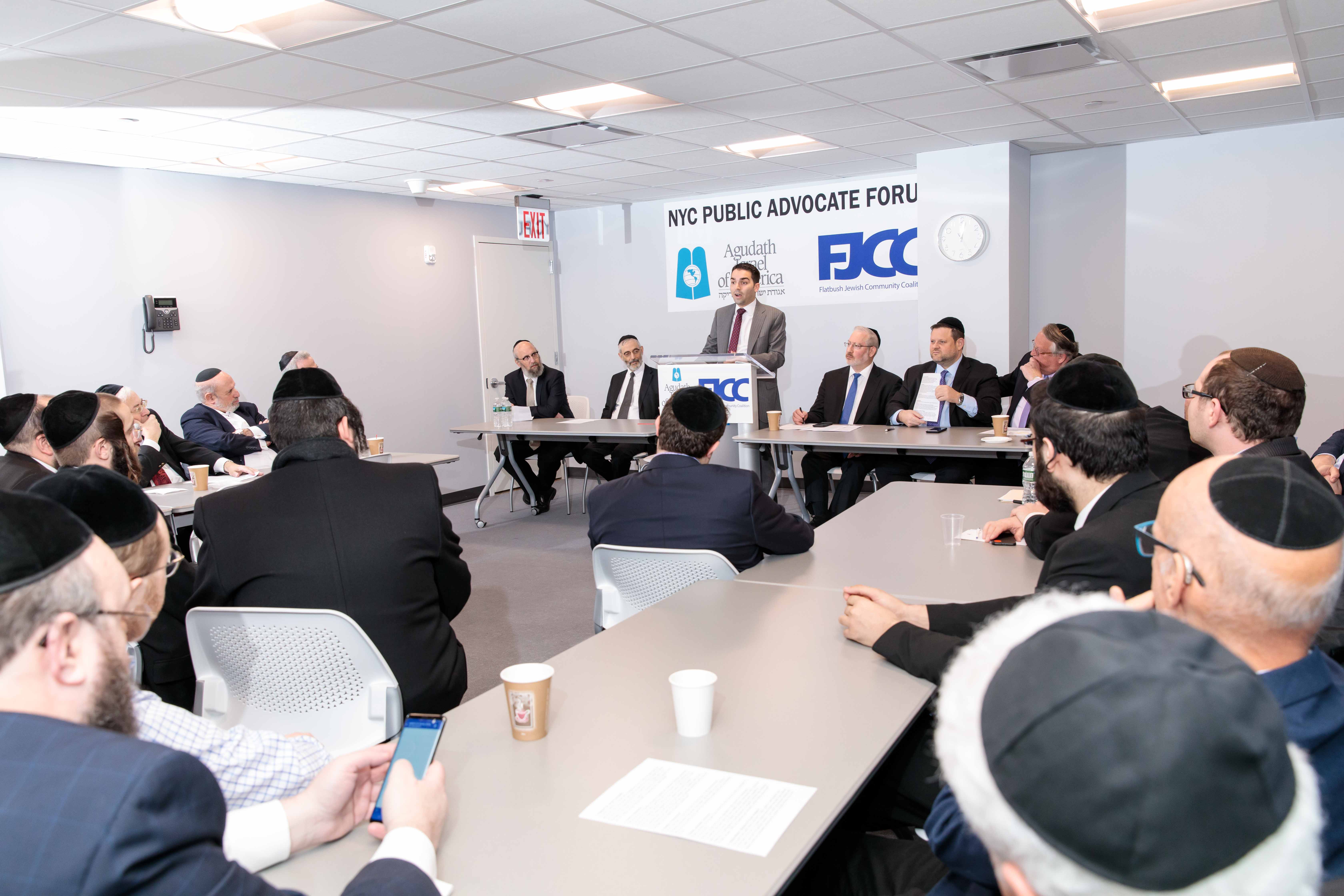 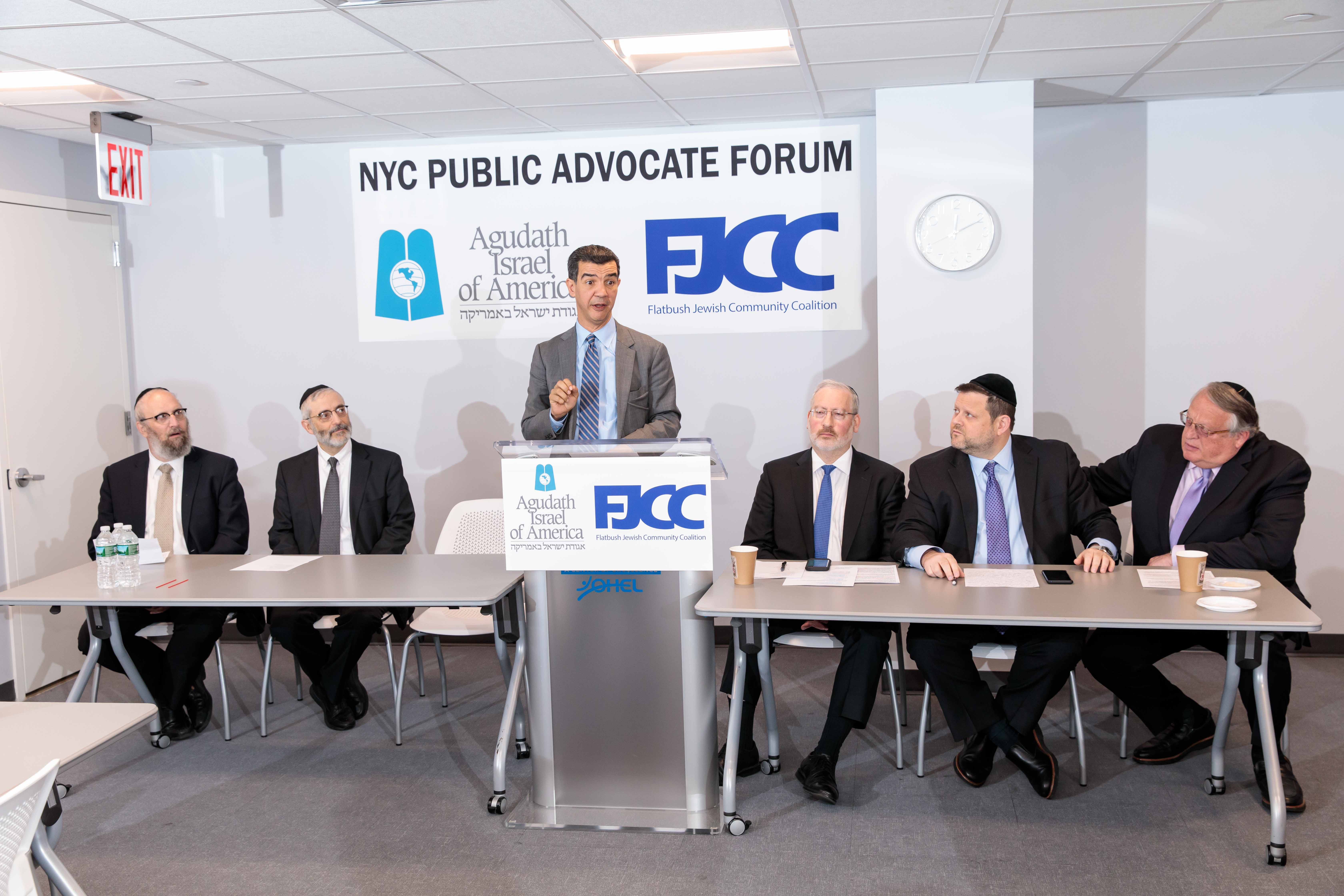 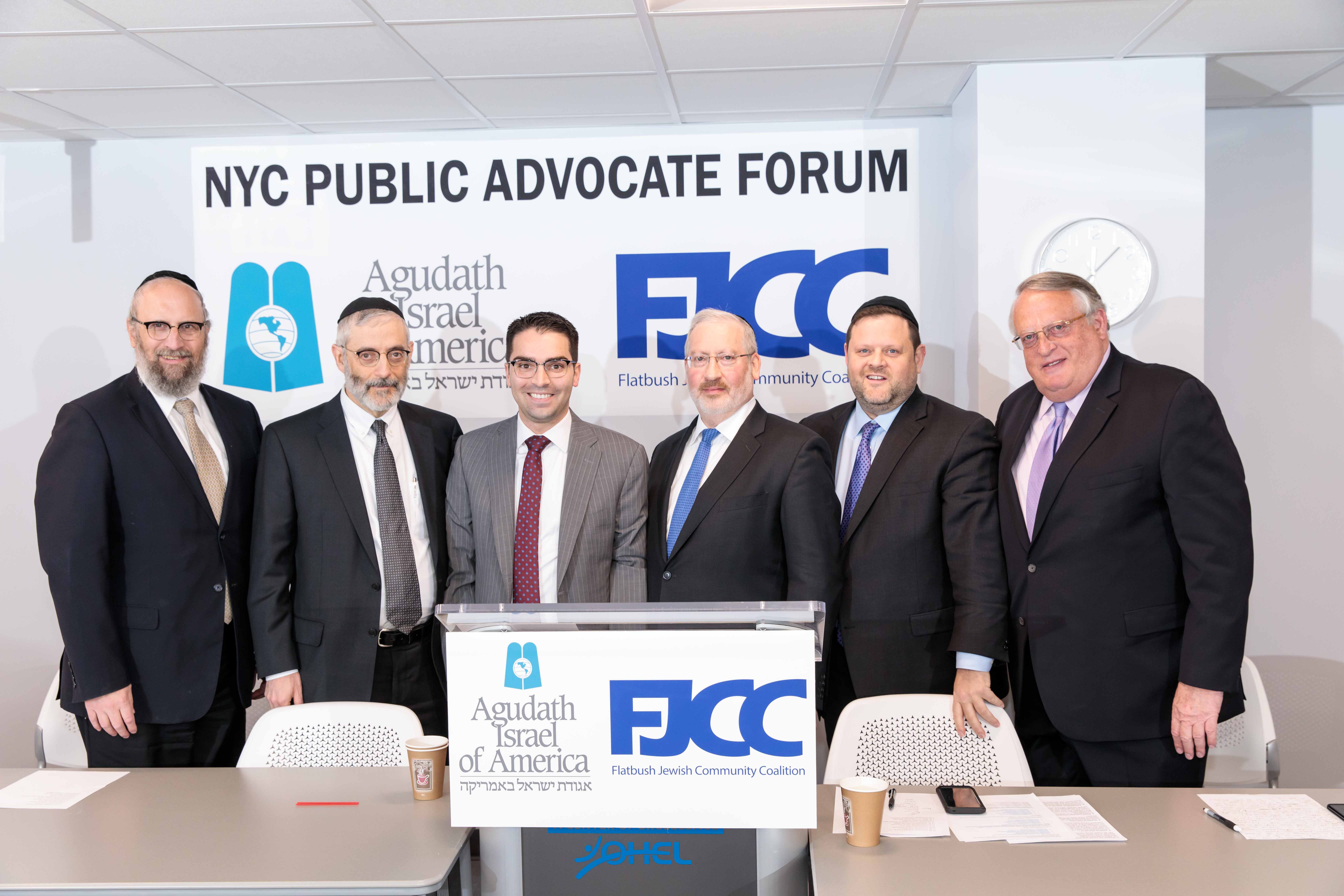 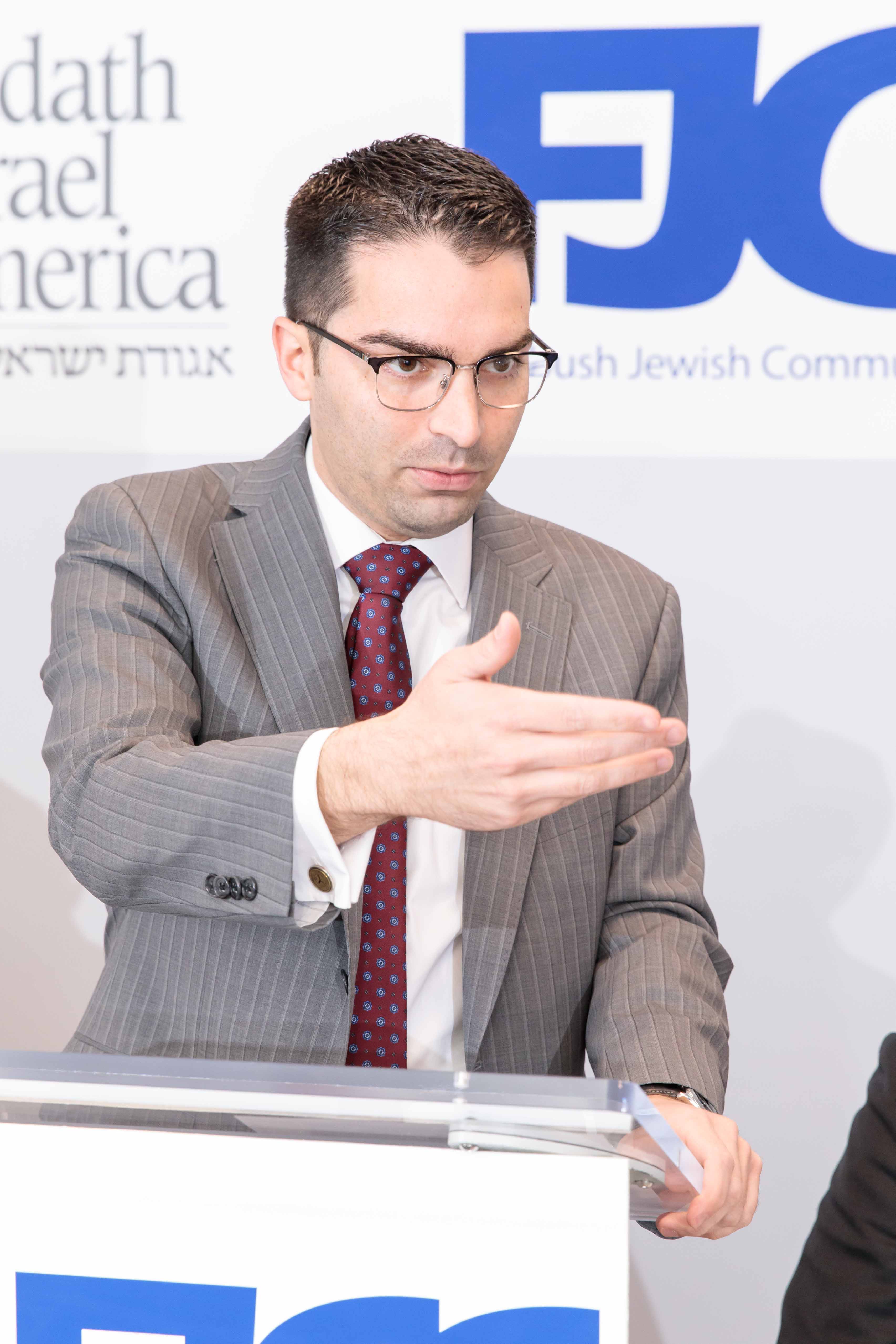 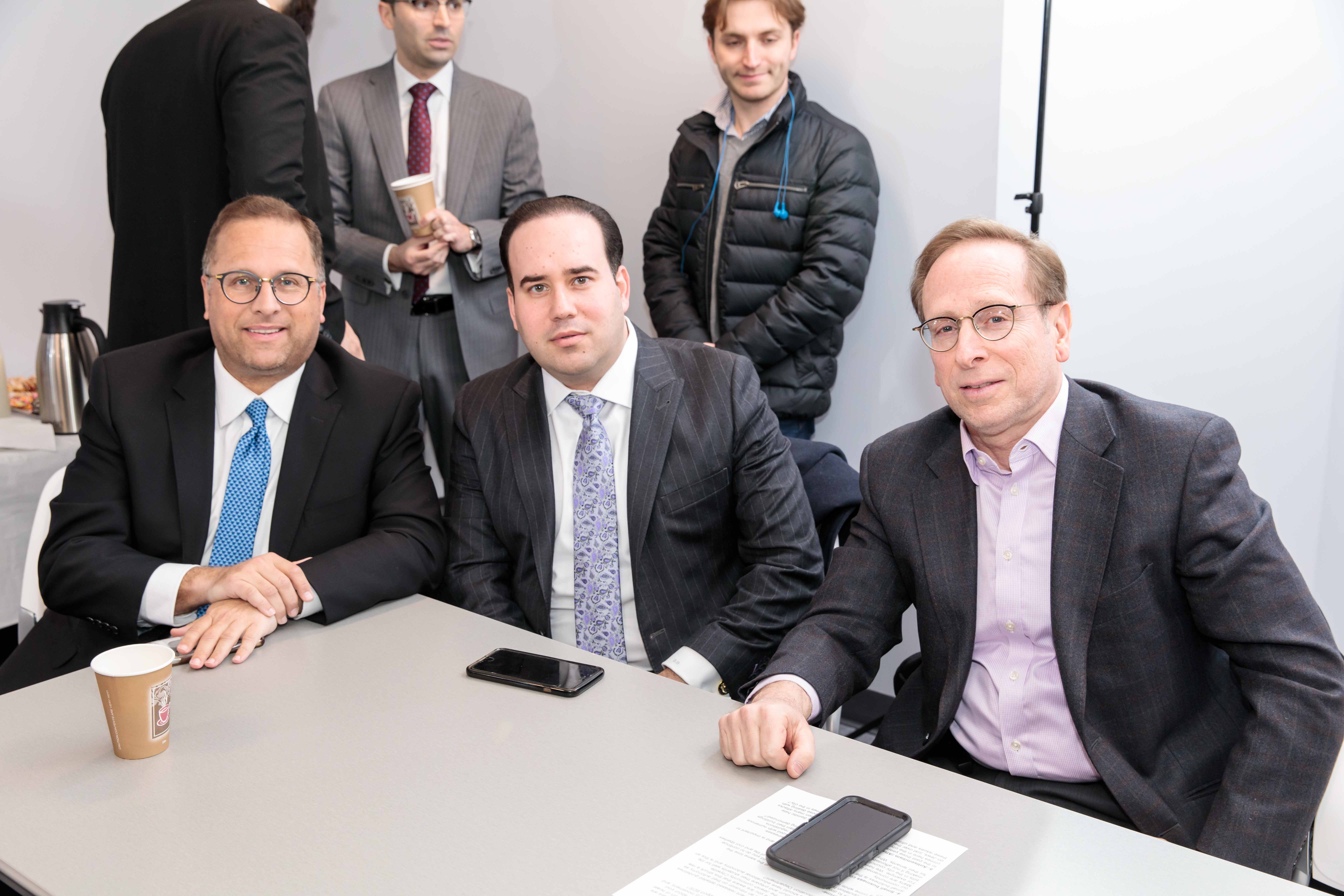 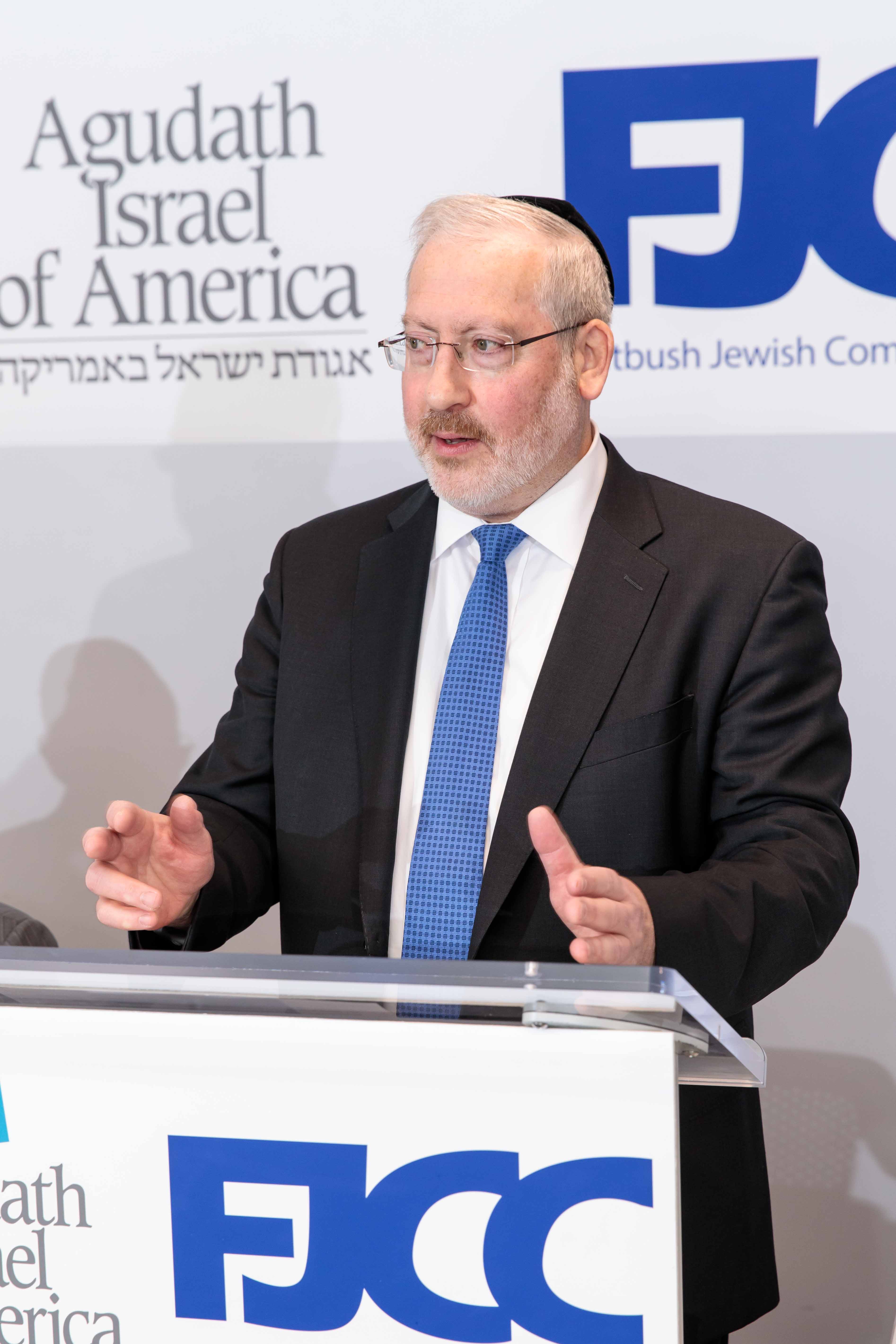 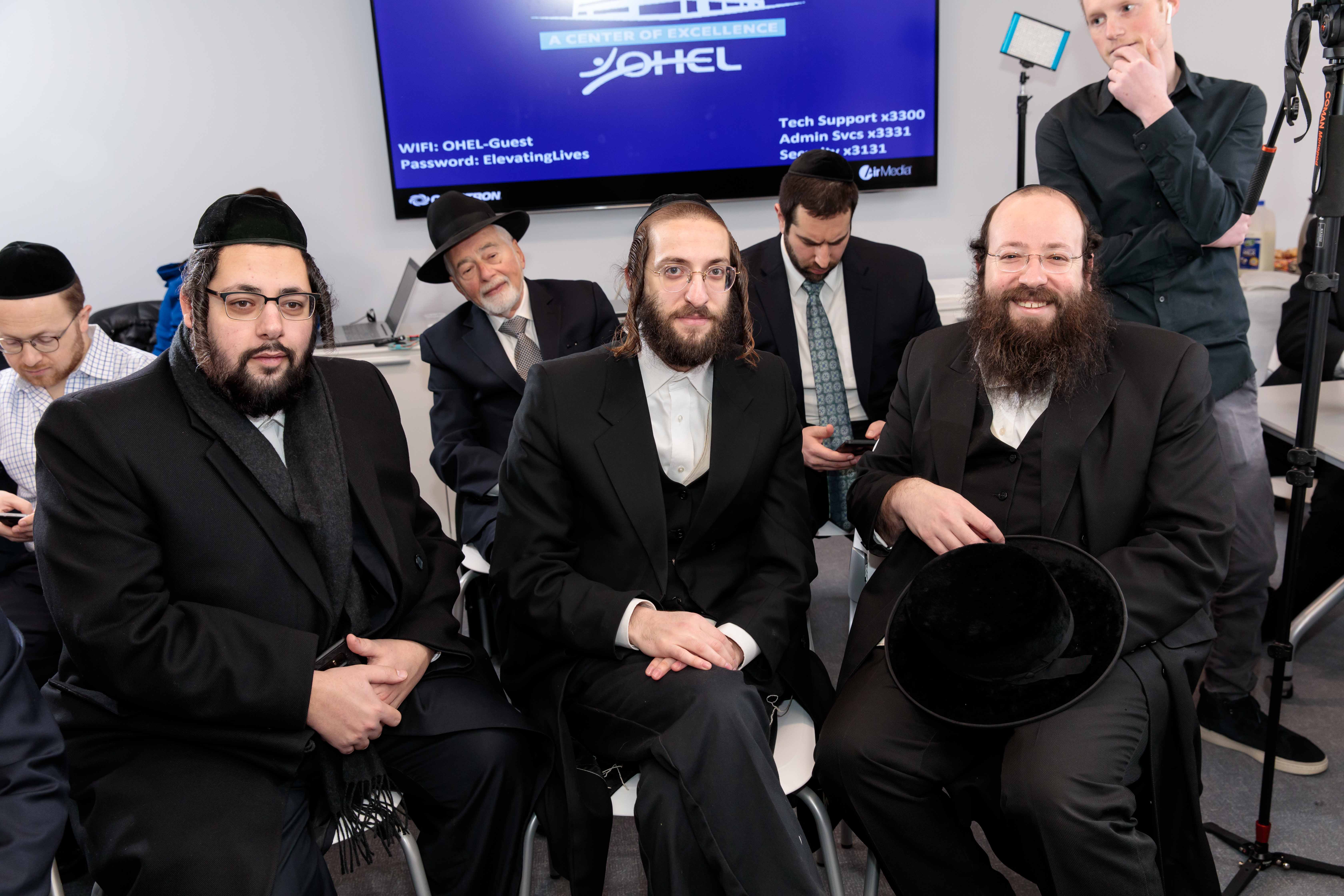 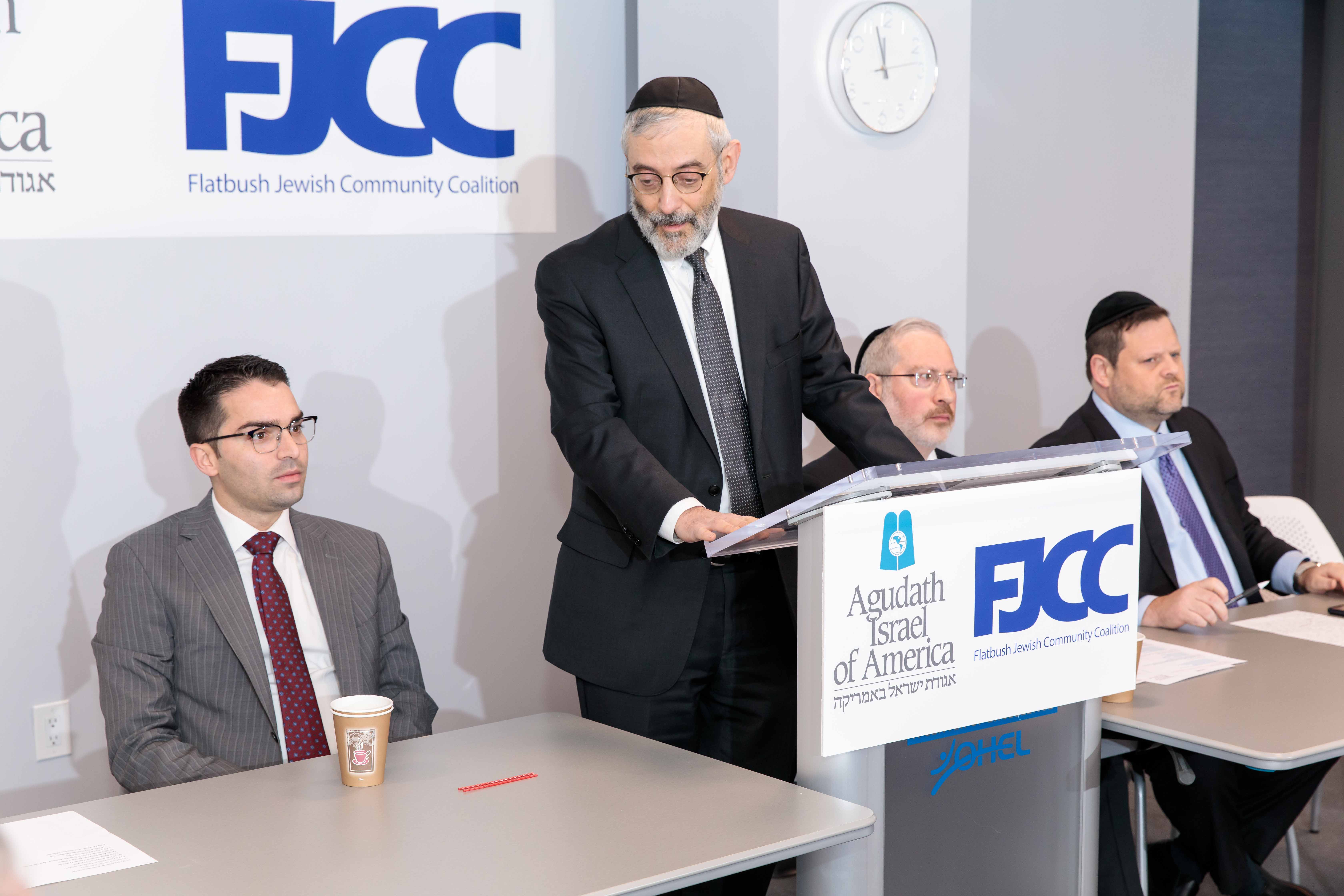 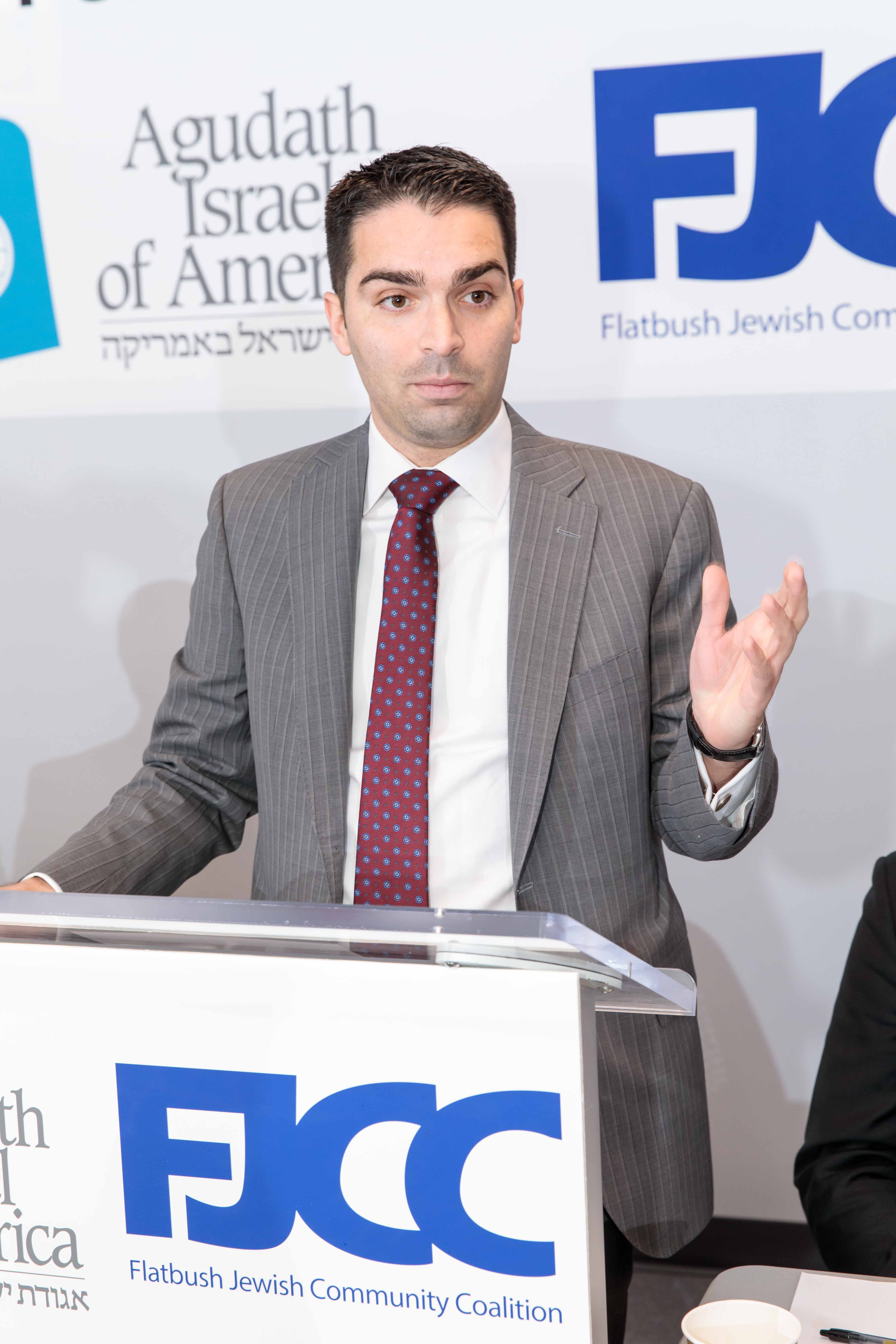 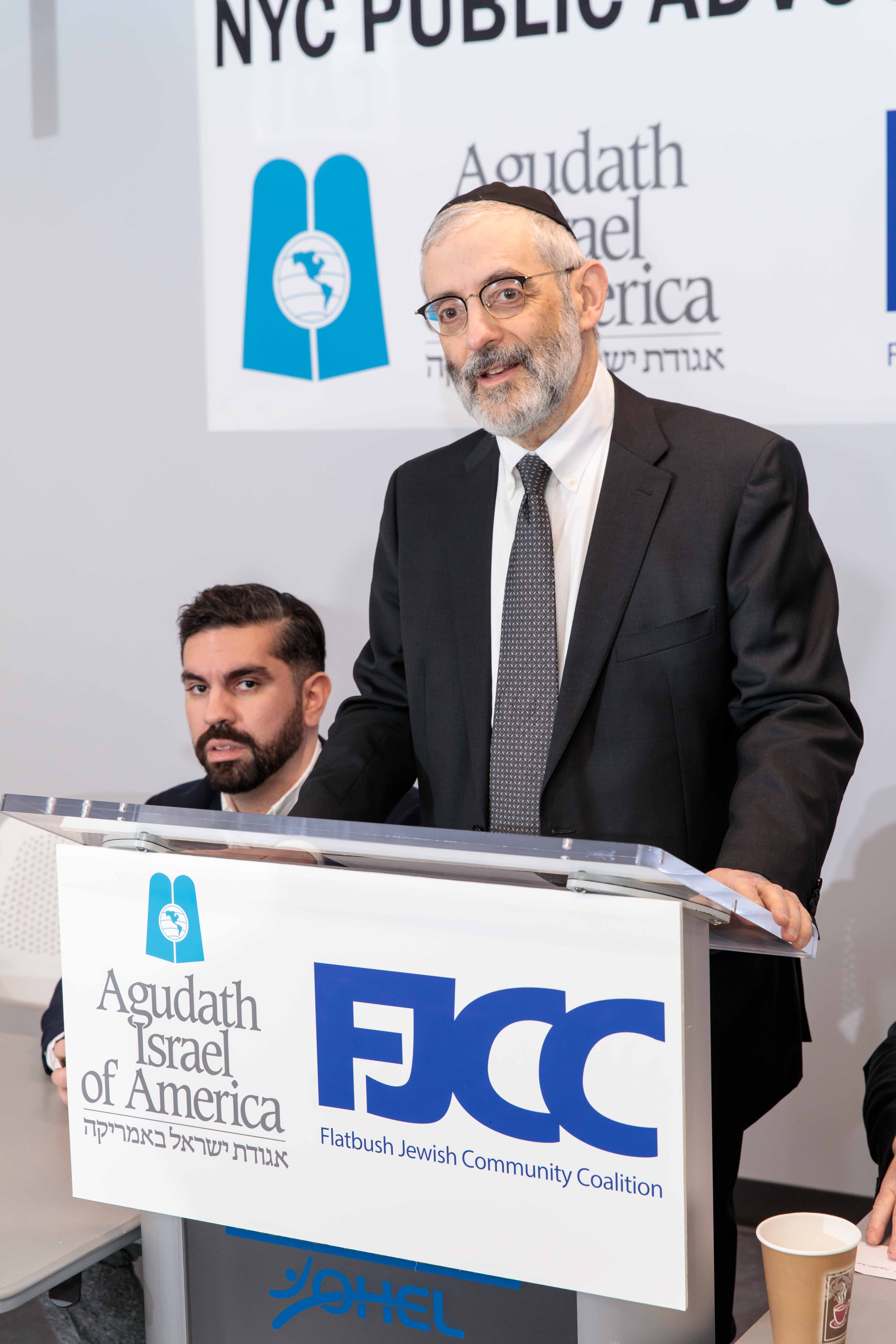 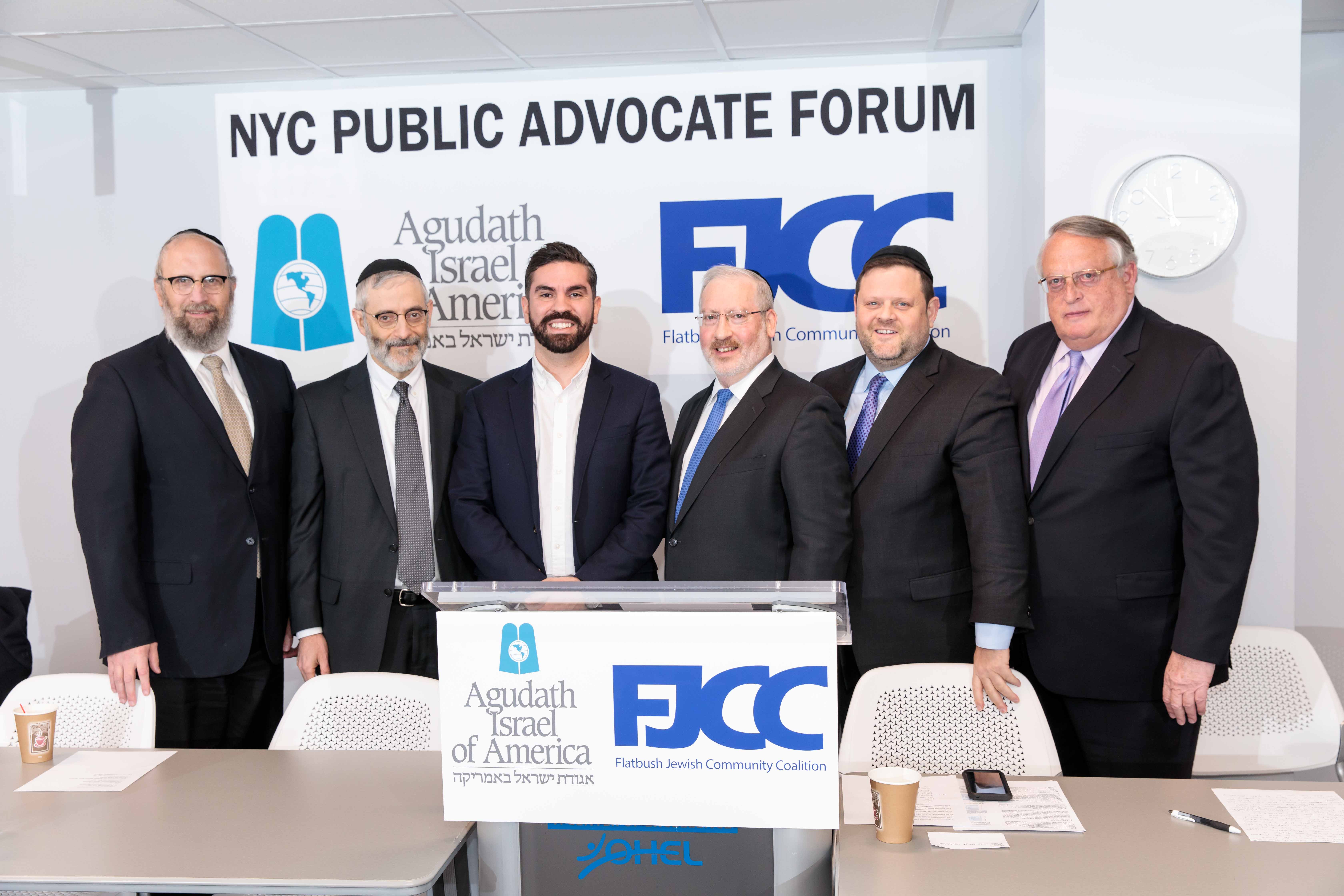 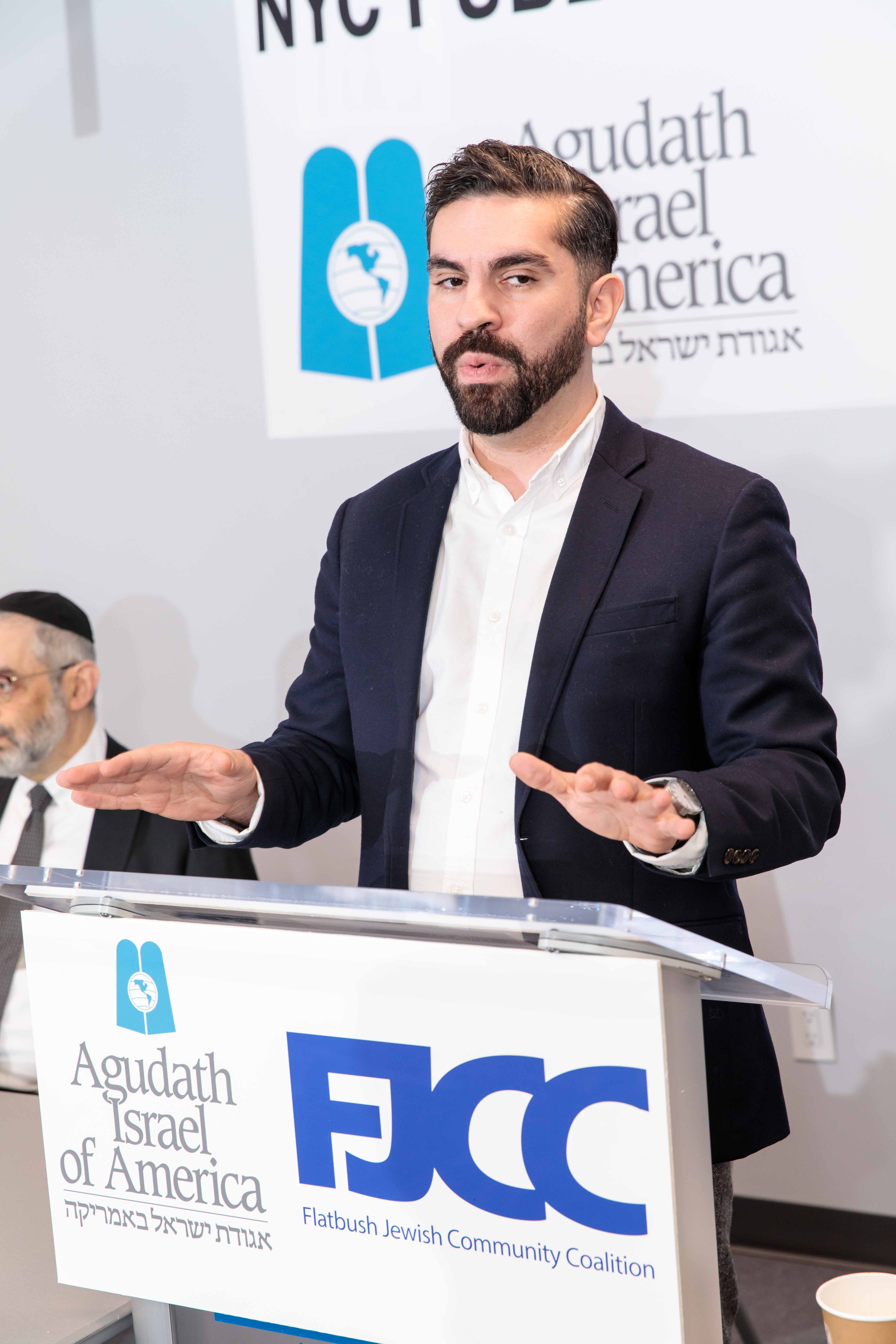 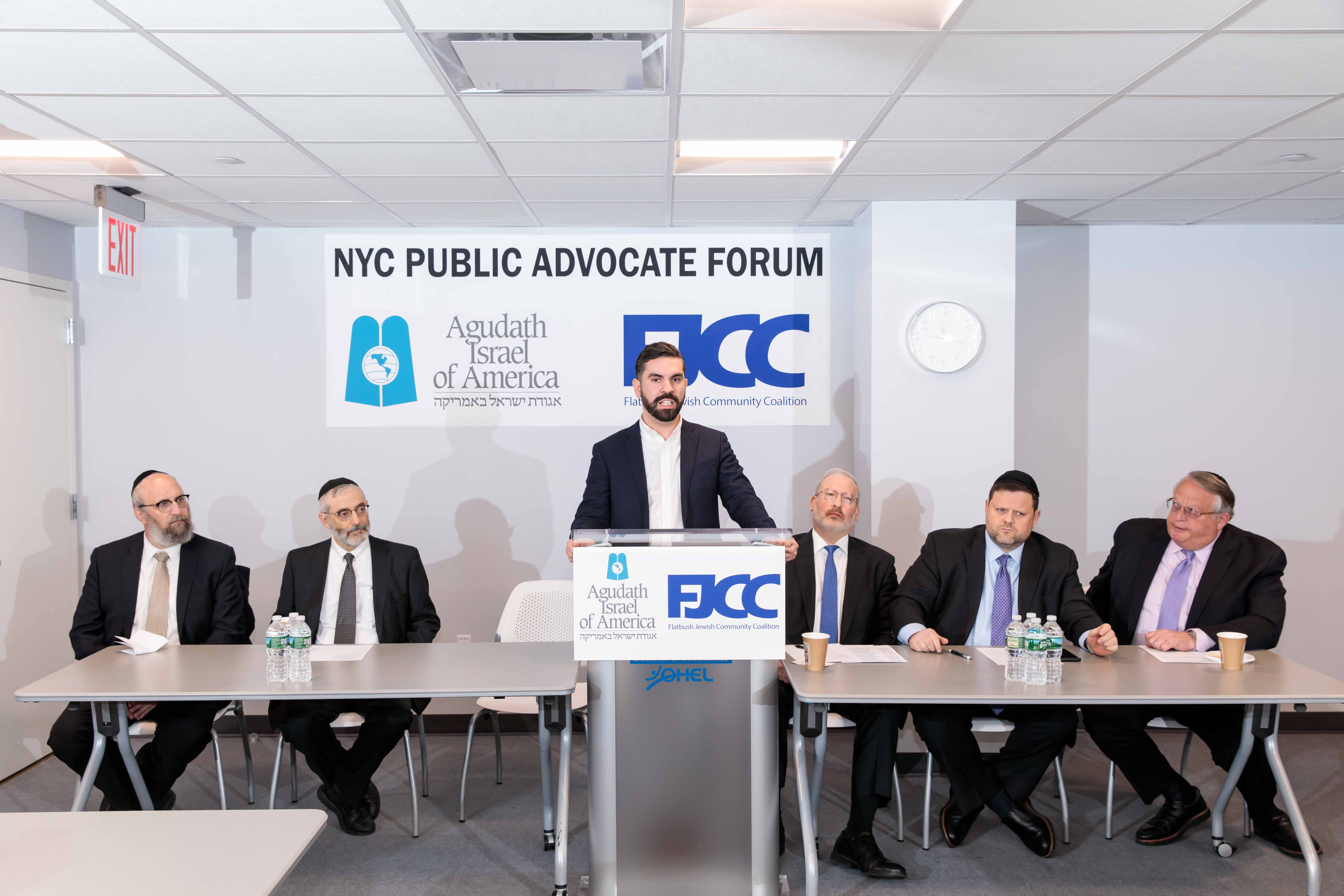 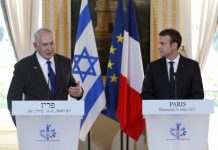 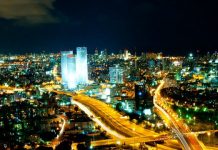