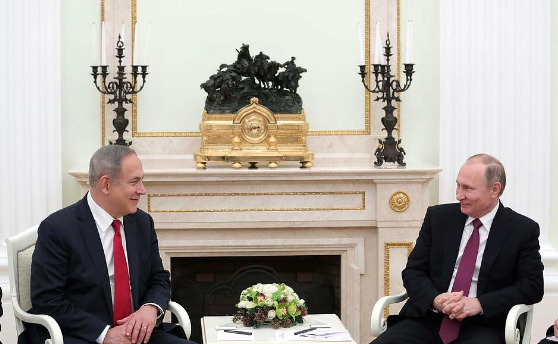 Israeli Prime Minister Benjamin Netanyahu held a conversation with Russian leader Vladimir Putin on Monday to discuss the ongoing security situation in Syria, the Kremlin said in a statement.

The two nations also spoke about the possibility of expanding Israel-Russian cooperation in the region following last month’s security summit held in Jerusalem.

During the talks, Netanyahu stressed the importance of containing Iran’s regional influence, especially in Syria, while working together to prevent Tehran from obtaining weapons of mass destruction.

The Russian president later invited Netanyahu to Moscow to attend a ceremony marking 75 years since the end of WWII scheduled for next year.