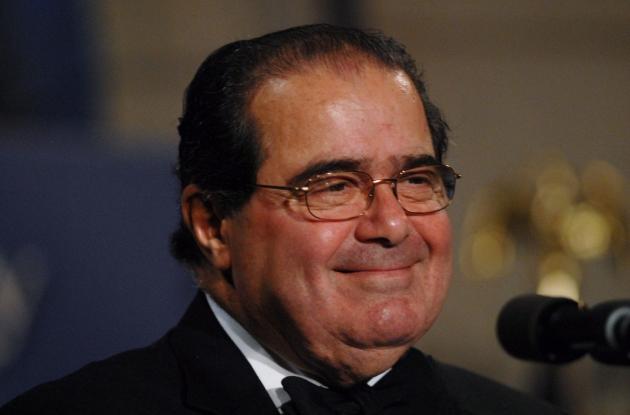 U.S. Supreme Court Justice Antonin Scalia was known for the exacting style of his opinions, the way he labored over each and every word. His hotel room the night of his death on Feb. 13 in Texas reflected this obsession with detail. According to a sheriff’s report obtained by The Washington Post this week, he was lying in bed with his arms at his side and his bed covers smooth. Nearby was his suitcase, which was open and full of neatly folded clothes.

Only one thing appeared amiss: a breathing apparatus. The small device, called a Continuous Positive Airway Pressure (CPAP) machine, was on the nightstand next to him – but unplugged and not turned on.

The finding has sparked speculation that Scalia may have forgotten to use it that night.

The cause of his death hasn’t been definitively given but the Presidio County Sheriff’s Office has said there’s no evidence of foul play and his doctor has noted that the former justice had numerous serious health problems, including heart disease, diabetes and high blood pressure.

Scalia is one of an estimated 22 million Americans who have sleep apnea, a potentially life-threatening condition caused by either a blockage of the airway or a signaling issue from the brain regarding breathing during sleep. This can cause someone to stop breathing – for a second, a minute or more – up to hundreds of times each night.

The most commonly used treatment is a CPAP, which consists of a machine that supplies steady air pressure, a hose and either a mask or nose piece that regulates breathing. Many doctors liken CPAP machines to blood pressure medications. That is, they should be used as regularly as possible but they do provide some benefit even if they aren’t in use. Experts say the chance of death from skipping a single day is tiny, and patients can and do take breaks because they have a cold, forget to take the machine on a short trip or because the masks are irritating. Typically the only immediate ill effects are snoring and possibly getting up at night gasping.

In one study published in the American Journal of Respiratory and Critical Care Medicine in 2011, researchers randomly split CPAP patients in Switzerland into two groups. One group continued their CPAP use for two weeks while the other discontinued it for the same amount of time. Within a few days, those who stopped therapy saw a return of sleep apnea symptoms. By the end of the 14 days, they were experiencing more serious complications: increases in heart rate and blood pressure and a deterioration in vascular function.

Study author Malcolm Kohler, a senior consultant at the Sleep Disorders Centre and Pulmonary Division of the University Hospital in Zurich, said at the time that the findings show that taking a break from the machine can lead to the return of symptoms within the first night.

That, Kohler emphasized, is “strongly suggesting that [obstructive sleep apnea] patients should bring along their CPAP machines on holiday.”