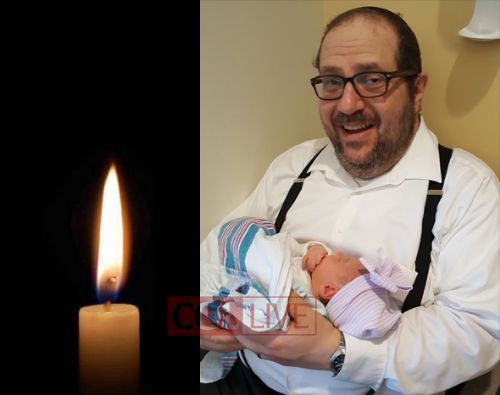 It is with great sadness that Matzav.com reports the petirah of R’ Eliyahu Matisyahu (Elias) Friedman, a young father who passed away suddenly last night from a heart attack.

Elias was a student of Lubavitcher Yeshiva Academy of Longmeadow, Massachusetts and lived in Ellington, Connecticut. His parents and siblings were and still are supporters of the Yeshiva.

Elias was a beloved figure in the Jewish paramedic circles of Manhattan, where he served as Critical Care EMT with SeniorCare, and volunteered with Hatzalah of the Upper West Side (UWS).

His sudden passing comes as an utter shock to his friends and family, who celebrated his wedding less than a year ago, and the birth of his daughter a mere few days ago.

He is survived by his wife Rivka (daughter of Gershon and Nina Orenstein from Crown Heights), and their newborn daughter Malya Leah Friedman (named after his mother) who was born Erev Shabbos. He is also survived by four sisters and one brother.

A fund was set up to ensure the needs of the wife and daughter are taken care of, please donate generously: https://www.youcaring.com/rivkafriedman-1169240

The Levaya was held today at Shomrei Hadas in Brooklyn.