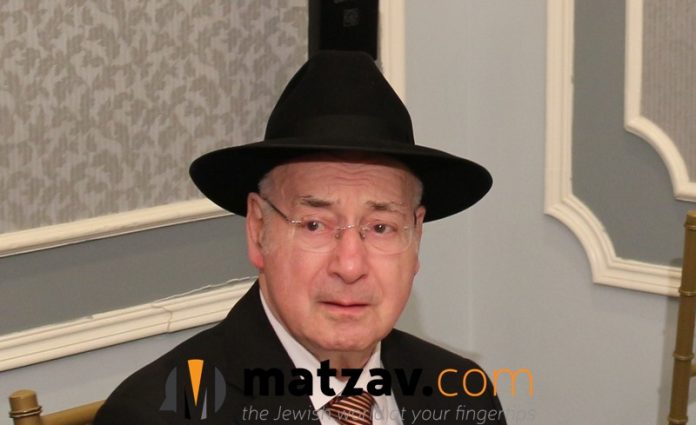 It is with great sadness that Matzav.com reports the passing of R’ Shlomo (Fred) Lang z”l. He was 87 years old.

Mr. Lang was born on February 23rd, 1930, in Ludswigshafen, Germany, near Manheim. His early life story is recorded in “The World That Was: Ashkenaz,” as well as the historical book “Ashes to Renewal.”

Mr. Lang, following his travels and travails through Germany, France and Switzerland, arrived in America and eventually established residence in the neighborhood of Washington Heights, NY, when he was all of 16 years old.

He davened in the Simon Minyan, led by Rabbi Dr. Jonas Simon zt”l, who became quite famous in those days for being instrumental in stopping what was known as the “World Calendar Act.” [If the Act would have been put into law, it would have been detrimental to all Yidden in the country, as the law would have made January 1st of every year fall out on a Sunday, and that would have caused Shabbos Kodesh to fall out on a different day of the week every year.] Rabbi Simon led a minyan in his home in Washington Heights, known to all as the “Simon Minyan.”

It was at that minyan that he met his aishes chayil, Mrs. Ruth Lang a”h, with whom he would spend the next 57 years.

Mrs. Lang was born on September 3, 1931, in Wurzburg, Germany, to Alfred and Frieda Schafheimer. Mr. Schafheimer was one of only two cholov Yisroel milk carriers in Wurzburg and worked very hard to keep Torah and mitzvos all his life. The Schafheimers realized that the Germany that they were accustomed to was being taken over by the Nazi regime and, at its very early stages, they emigrated to the shores of America. In 1936 or 1937, they arrived in the Bronx, NY. Shortly after the Schafheimers arrived in the United States, they followed the aforementioned Rabbi Dr. Jonas Simon to Washington Heights, NY.

At the very young age of 7, Mrs Lang’s parents placed her on a train every day for the trip to Williamsburg, Brooklyn. There, she studied at the elementary school of Bais Yaakov of Williamsburg, under the leadership of Rabbi Avrohom and Rebbetzin Rivkah Newhouse zt”l, and later continued to the Bais Yaakov High School, under the headship of Rebbetzin Vichnah Kaplan a”h. Mrs. Lang graduated in the third graduating class of Rebbetzin Kaplan’s Bais Yaakov together with many girls who later became wives of well-known rabbeim and roshei yeshiva.

Mr. and Mrs. Lang were married on September 8, 1952, and lived in the same apartment building as the Schafheimers, at 160 Wadsworth Avenue. Mr. Lang became more than just a son-in-law to his newfound parents.

Mrs. Lang began a teaching career, taking her first job at Mt. Sinai Jewish Day School, an afternoon program for the local public school children who wanted to learn about their Jewish heritage. Mrs. Lang went on to become a secretary in Midtown Manhattan.

Incidentally, on one of her train rides home, a young lady wearing a shaitel went over to Mrs. Lang and asked her if she recognized her. After a moment or two, Mrs. Lang realized that this was one of her former students from the afternoon program. This young lady went on to say that it was due to her teacher, Mrs. Lang, who had taught her with such care, that she was inspired to become frum. The woman related that she had recently gotten married and was embarking on building a true Torahdike mishpacha. The simcha that Mrs. Lang felt at that moment, seeing a former student following the derech of Hashem, was remarkable and she spoke about it with great enthusiasm.

After Rabbi Jonas Simon was niftar in 1969 and the Simon Minyan closed down, the Langs davened at the Agudah Shul in Washington Heights. Mr. Lang was a regular member of the shiur given by Rav Naftoli Friedler zt”l, who was the rov at the Agudah Shul. When Rav Friedler left to become rosh yeshiva in Canada, the Agudah Shul was zoche to have the current Novominsker Rebbe, Rav Yaakov Perlow, as its rov.

At a levaya of one of the baalei batim of the minyan around five years ago, the Novominsker Rebbe stated that the Agudah minyan in Washington Heights was one of the “shentze” (finest) minyanim in New York City. The members of this minyan were extremely simple baalei batim who just wanted to serve Hakadosh Boruch Hu in every way possible.

The Langs moved to Flatbush, Brooklyn, in October 1980, and shortly thereafter helped formulate a minyan known today as Agudas Yisroel Snif Zichron Shmuel, which is named after Rav Shmuel Brudny zt”l. The minyan was founded on Shabbos Chanukah, and after the petirah of Rav Shmuel Brudny, who had served as rov, his son, Rav Abba Brudny, took over as mara d’asra.

Mr. Lang was a genuine baal chesed, who gave of his money and time for anyone he could help.

He was a dedicated oveid Hashem, who possessed yiras Shomayim of the Yidden of old. He clung to his mesorah and imbued that attitude into his wonderful family.

At the shivah, a woman from the neighborhood who davened with the Langs said that Mrs. Lang came over to her one time and said, “If there is a time that you may need money as your mishpacha is growing, please do not hesitate to ask and I will see what I can do.” It happened that this lady borrowed money a few times and paid it back as well. Some time thereafter, she needed $2,000. She called the Langs and the response was, “Are you sure that $2,000 will be enough?” The women responded in the affirmative and they arranged to meet after dinner that evening. The woman went to pick up the check and found that it had been made out for $3,000. She asked why the check was larger than what she had anticipated. She was told that from their conversation on the phone, it was obvious that the woman could use some more money than she had asked for.

Agudas Yisroel Snif Zichron Shmuel, which was located at 805 Kings Highway in Flatbush, took Rav Eliezer Ginsburg as mara d’asra after Rav Abba Brudny moved to Edison, NJ. As the shul outgrew its quarters, it became necessary for the kehillah to look for a larger building. Meetings were held and there were quite a few possibilities with regard to what property to purchase. At the time, Mr. and Mrs. Lang said, “Do not look for the convenience of one or two individuals. Look for a site that will allow the shul to grow and to be a larger makom Torah for all, no matter if some have to walk a little further.” Interestingly enough, a building was available on the very street where the Langs lived, but for the growth and betterment of the shul, the kehillah ultimately moved to 2141 Coney Island Avenue, where it continues to thrive until today.

Some years ago, the Langs had a Sefer Torah written l’illui nishmas Mrs. Lang’s parents, as well as Mr. Lang’s parents, Reb Dovid and Esther Lang, who were killed by the Nazis, ym”sh. It so happened that a newly arrived family from Russia was walking by Avenue R in Flatbush when the procession for the Sefer Torah was being held, and the Russian family followed the procession all the way to the shul, Agudas Yisroel Snif Zichron Shmuel, on Coney Island Avenue. Today, that family is shomer Shabbos and they give credit to that Sefer Torah, donated by the Langs, which inspired them to connect with their heritage.

The Langs redid their basement some years ago in order to set up a chosson-kallah apartment. They always went out of her way when a chosson and kallah were going to use the apartment. They inquired what the chosson and kallah enjoyed and filled the refrigerator with milk and orange juice, and provided them with cereal and other food products. They were always available and willing to do what she could to help and assist others.

May Mr. Lang be a meilitz yosher for his five children, Mrs. Esther Cohen, Reb Yoeli Lang, Mrs. Miriam Tikotzky, Rabbi Dovid Lang and Reb Asher Lang, and their spouses; his many grandchildren and great-grandchildren; his friends; and all of Klal Yisroel.

The levayah will be held on Sunday at Sherman’s Flatbush Memorial Chapel located at 1283 Coney Island Avenue in Flatbush, Brooklyn. 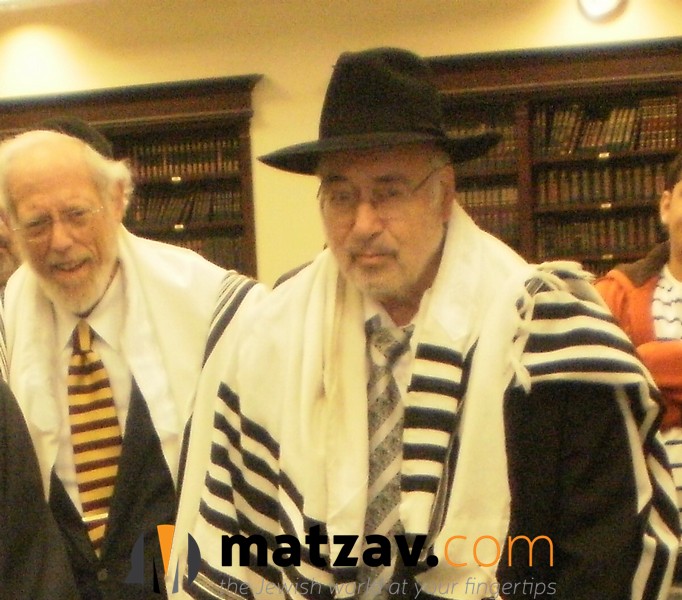 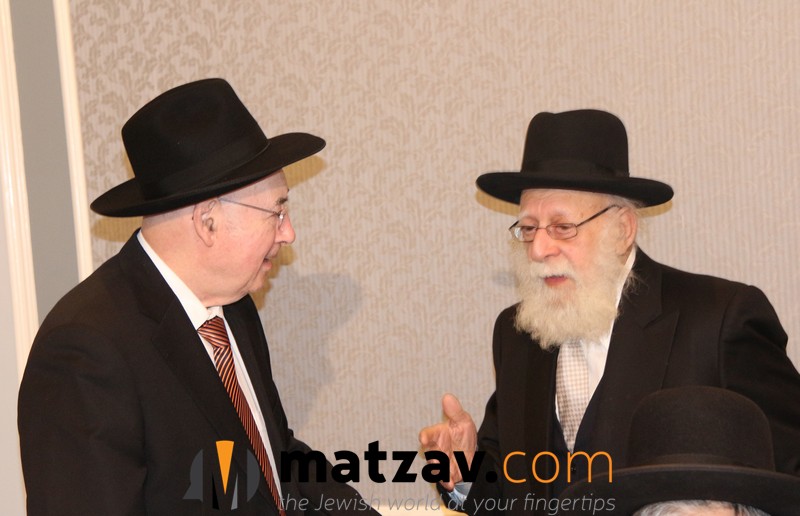 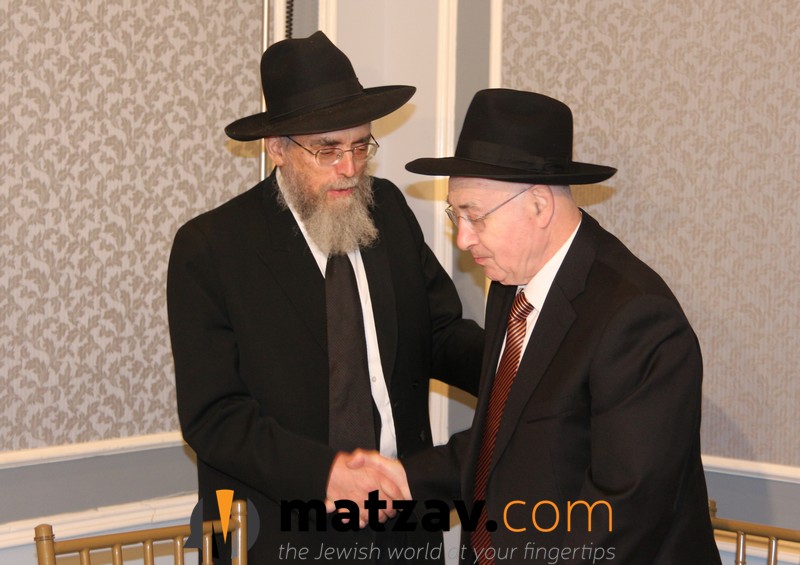 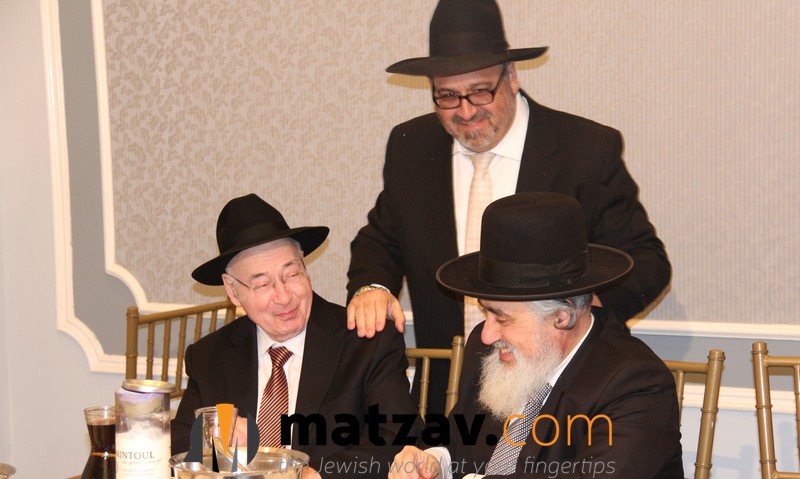 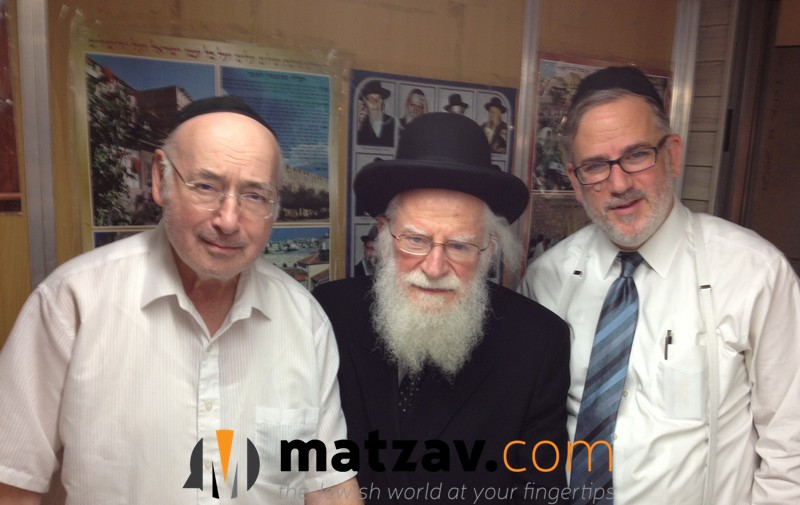 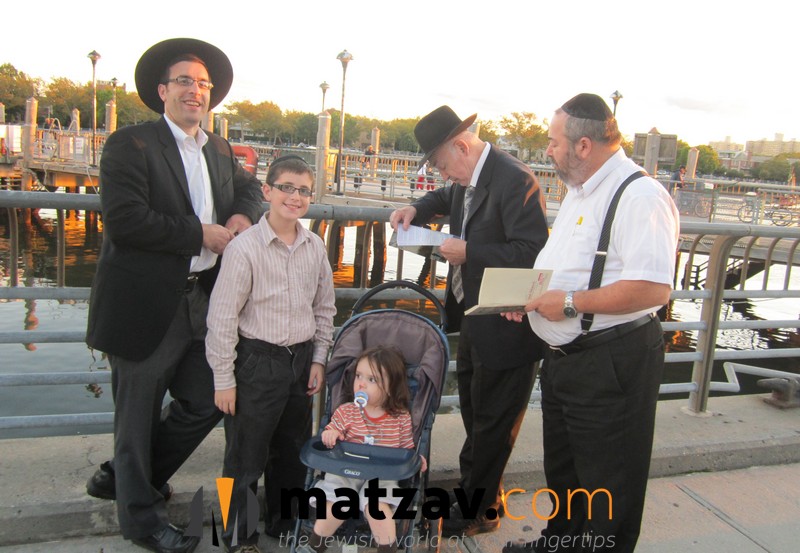 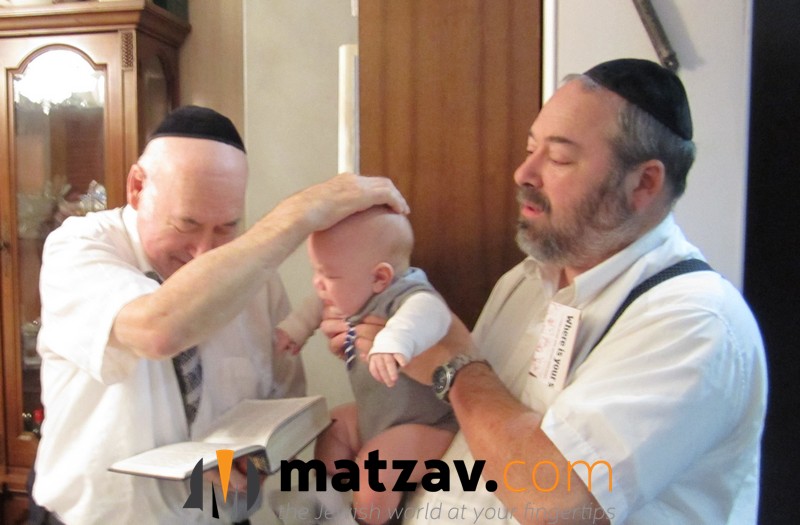