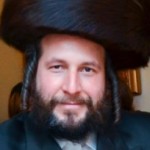 Speaking to a New York newspaper, law enforcement personnel said that one of the attackers who kidnapped R’ Menachem was following him for two weeks before the kidnapping this past Thursday night on Rutledge Street in Williamburg, Brooklyn. The man was seen prowling in the silver Dodge minivan that was eventually used in the abduction. The van, first assumed not to have license plates, had Ohio plates, the sources claimed.

The van was spotted by Mrs. Stark outside her home a week before the abduction.

The assailant was seen in Williamsburg as early as December 19. Initial surveillance video shows another attacker, but sources now say that a third man may have been inside the van.

The new info comes from previously unseen surveillance video and witnesses who have come forth.

The sources say that the murderers may have come from overseas and are likely not Americans.

After the family increased the reward for info on the murder, police have been inundated with calls with tips on the case.

Police are working overtime, interviewing people along the route between Williamsburg and Great Neck, where R’ Menachem’s body was found in a dumpster.