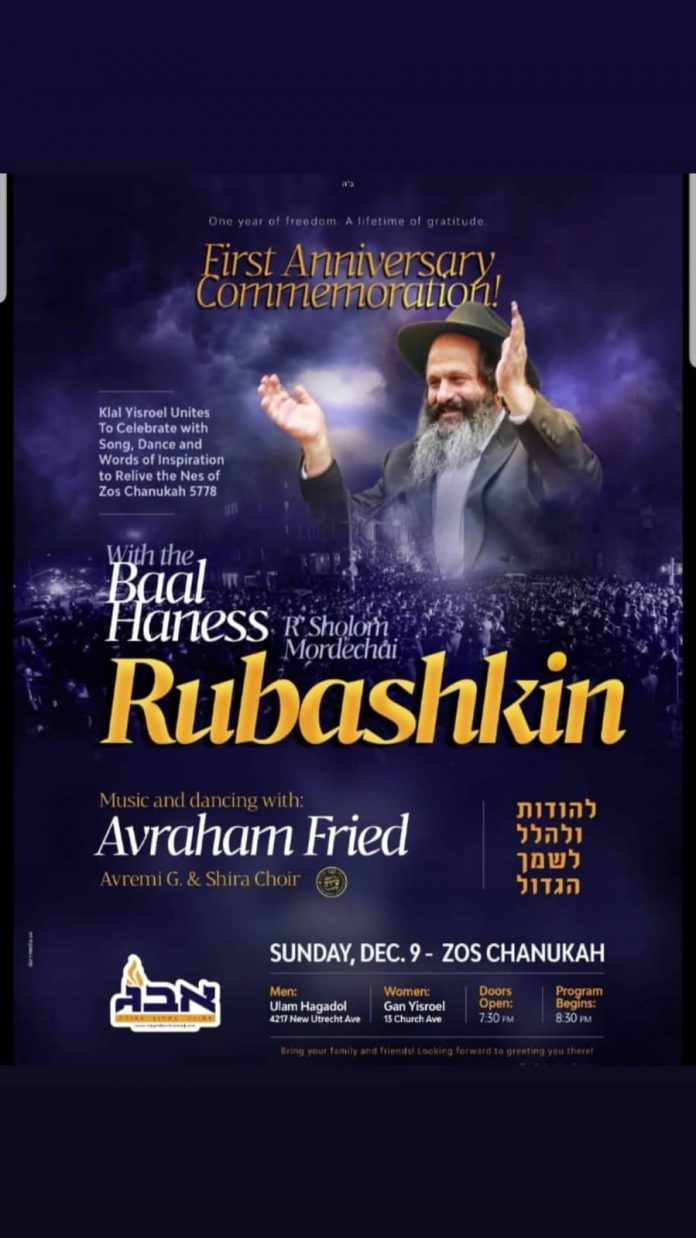 Shalom Rubashkin, who was released from his 27-year sentence by President Donald Trump last Chanukkah will host Avraham Fried and a singing choir at a special and moving Seudas Hoda’ah.

Rubashkin, who was sentenced to 27 years in prison after being convicted by a spiteful judge against the prosecutor’s advise, was released after eight years with a pardon granted to him by President Trump. The liberation took place on Chanukkah, and thousands took to the streets to celebrate the miracle.

Now, a year later, a special event is planned to mark the anniversary of liberation. Rabbi Shalom will preside over the meal, which will be accompanied by the great  singer Avraham Fried and the Shira choir.

The unique event will take place in Brooklyn, on Sunday evening – the 2nd of Teves, the night of Zos Chanukah.