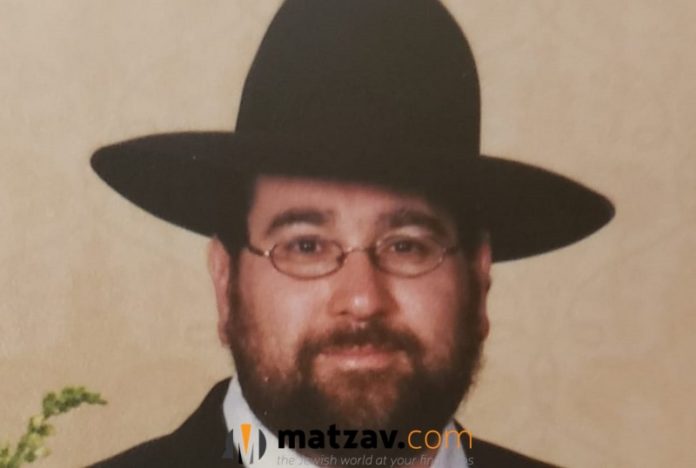 It is with great sadness that Matzav.com reports the passing of Rabbi Aharon Chaim (Ronnie) Harari-Raful z”l. He was 55 years old.

Reb Aharon Chaim was a son of Chacham Yosef and Rabbanit Carol Ruchama Harari-Raful. Chacham Yosef is rosh yeshiva of Yeshiva Ateret Torah in Brooklyn and member of the Moetzes Gedolei Hatorah of Agudas Yisroel of America.

Reb Aharon Chaim was his father’s right hand, serving as second in command at Ateret Torah, directing the operation of this renowned Torah citadel, the flagship Torah institution of the Syrian Sefardic community. Reb Aharon Chaim was beloved by one and all, and never took a break from his efforts to support the yeshiva, its rabbeim, its talmidim, and its parents and friends.

Reb Aharon Chaim devoted himself to harbotzas haTorah in many ways. He founded the very first night kollel in Manhattan for the Syrian community at the Safra Shul, which spawned the creation of other similar kollelim. He established the first buses traveling from Deal, NJ to Manhattan featuring shiurim and Torah learning for commuters.

At Shaarei Zion, the flagship shul of the Syrian community, Reb Aharon Chaim established shiurim and other learning initiatives, spreading limud haTorah amongst his brethren in inspiring fashion.

Following in his father’s footsteps of placing a premium on limud haTorah, Reb Aharon Chaim was responsible for thousands of hours of Torah learning, leaving behind a legacy of total devotion to his father, to Ateret Torah, and to the greater Syrian Sefardic community.

Reb Aharon Chaim battled illness for about 15 years with great emunah and gevurah. He passed away today.

The levayah will take place today, at 1 p.m., at Shomrei Hadas Chapels, located at 3803 14th Avenue in Boro Park, Brooklyn.

The family will be sitting shivah at 1765 East 7th Street, between Quentin Road and Avenue P, in Brooklyn, NY.