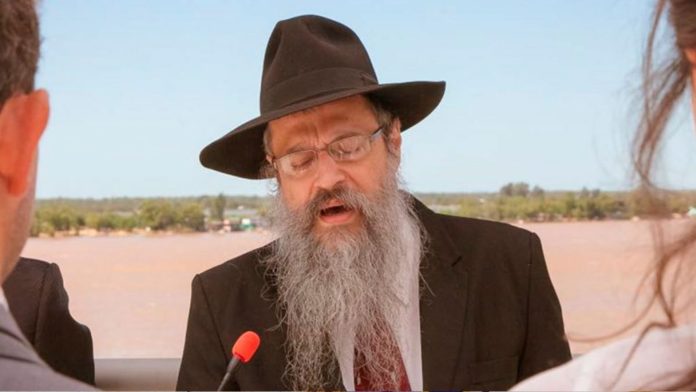 Rabbi Shlomo Tawil, co-director of the local Chabad-Lubavitch organization, was attacked Sunday night by three men in Rosario, Argentina. The men shouted anti-Semitic epithets before removing the rabbi’s hat and trampling it on the ground, then beating the rabbi, who was walking alone.

The attack was stopped when passersby intervened. It has been characterized as anti-Semitic, since the attackers appeared to have started up with the rabbi to hurt him, and did not steal anything.

The local representative of the DAIA Jewish political umbrella in Argentina, Gabriel Dobkin, called the attack on the rabbi “a fierce, cowardly, anti-Semitic attack.”