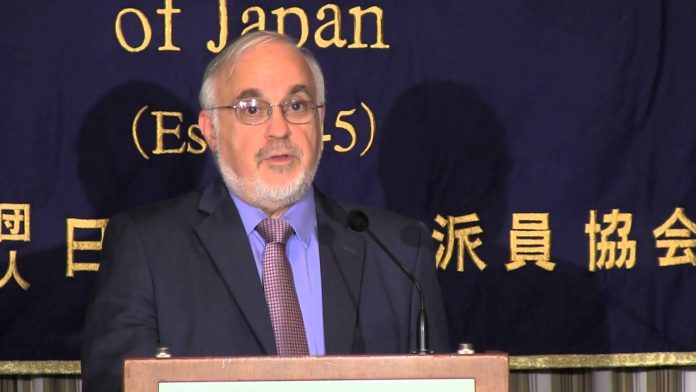 The 500th anniversary of the Reformation would be the “perfect time” for Protestant leaders to recognize and apologize for the “horrific antisemitism” of their movement’s founder Martin Luther, an official with a leading US-based Jewish human rights organization told The Algemeiner on Monday.

Rabbi Abraham Cooper — associate dean of the Simon Wiesenthal Center in Los Angeles — spoke with The Algemeiner the same day Pope Francis visited a Lutheran cathedral in Sweden in a show of inter-Christian unity at the start of year-long festivities marking the anniversary of when Luther famously posted his Ninety-five Theses on the door of a church in Wittenberg, Germany.

“It would be appropriate, especially when antisemitism is so rife in Europe for Protestant leaders and groups, like the World Council of Churches, to directly address the issue [of Luther’s antisemitism] in the overall context of what they’re celebrating in terms of this anniversary,” Cooper said.

Luther’s loathing of Jews, Cooper went on to say, “is a theological hatred that still reverberates among some people today.”

In an interview with The Algemeiner on Monday, David Michaels — B’nai B’rith International’s director of UN and Intercommunal Affairs — said, “A number of individual Lutheran church bodies and figures have taken steps over the years to acknowledge, grapple with and repudiate the antisemitism that Luther ultimately promoted. This vile and violent antisemitism — targeting both Jews and Judaism — was both an outgrowth of and a significant contribution to Christian anti-Jewish animus, especially in Europe, where its influence was still felt in the implementation of the Holocaust. However, its motifs, like a virus, have spread even beyond — they can be found in much of the Middle East today, in 2016, directed against Israel but also Jews generally. This reality requires committed Lutherans and other Christians to ensure that there is fitting recognition and rejection of Luther’s hateful beliefs about Jews, wherever these persist.”

Many Lutherans, Michaels noted, “are entirely unaware of the dark side to Luther’s theology, and of the need to vigilantly confront it.”

“It is so important, then, that all Lutheran bodies and figures of influence shine a light on the sin of antisemitism, both historic and contemporary — whether by educating clergy about its incompatibility with genuine faith, sermonizing against it or recognizing it even during events surrounding the 500th anniversary year of the Protestant Reformation,” he continued.

The biggest modern-day challenge, Michaels said, is identifying antisemitism “when this form of bigotry has taken new shapes — primarily the demonizing and delegitimizing of ‘Zionists’ and the world’s only Jewish state. While the Arab-Israeli conflict is complex and tragic, sadly even the Evangelical Lutheran Church in America, which has made positive past contributions to healing relations with Jews, adopted this year a simplistically condemnatory assessment of Israel and showed disinterest in Israeli Jews’ need and right to protect themselves against those driven by a viciously extremist ideology.”

Regarding the pope’s visit to Sweden on Monday, Michaels, said, “Engagement between Catholics and Lutherans is for those communities to manage. What is important is that all Christians, and all people of decency, never assume that antisemitism is merely a thing of the past — and always ensure that they have no part in tolerating it today.”

Cooper took the opportunity to call on the pope to condemn the recent UNESCO votes that “not only were an outrage against Jewish history, but also erased Christian history. We are very disappointed by his silence and we hope he will weigh in when it still counts.”

Last month, Christianity Today reported on calls that were being made to remove an antisemitic sculpture from the façade of a church in Wittenberg where Luther preached.