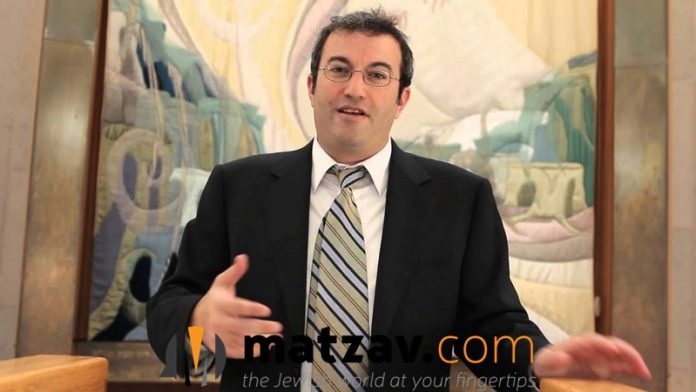 Rabbi Dr. Ari Berman has been appointed as the fifth president of Yeshiva University.

As president-elect, he will begin to spend time with the University in the spring and will officially begin his tenure in July 2017.

Rabbi Berman is the current head of Hechal Shlomo – Center for Jewish Heritage in Yerushalayim. He also serves as a lecturer of rabbinic literature in Herzog College’s Jewish Studies Department and was selected to sit on its Executive Leadership Council, the governing body that establishes policies and sets direction for all major issues regarding the operation of the college.

He and his wife Anita have five children.

He graduated from four YU schools, earning honors for his academic work in both secular and Jewish studies. He was recognized by the YU-affiliated Rabbi Isaac Elchanan Theological Seminary (RIETS) for his written scholarship and was also selected as a Fellow in the Kollel Elyon, the three-year post-semicha study program for RIETS’ most promising students. He graduated from Marsha Stern Talmudical Academy/Yeshiva University High School for Boys, received a bachelor’s degree from Yeshiva College, and earned a master’s degree in medieval Jewish philosophy from the Bernard Revel Graduate School of Jewish Studies. While in Israel, he earned a doctorate in Jewish thought at Hebrew University.