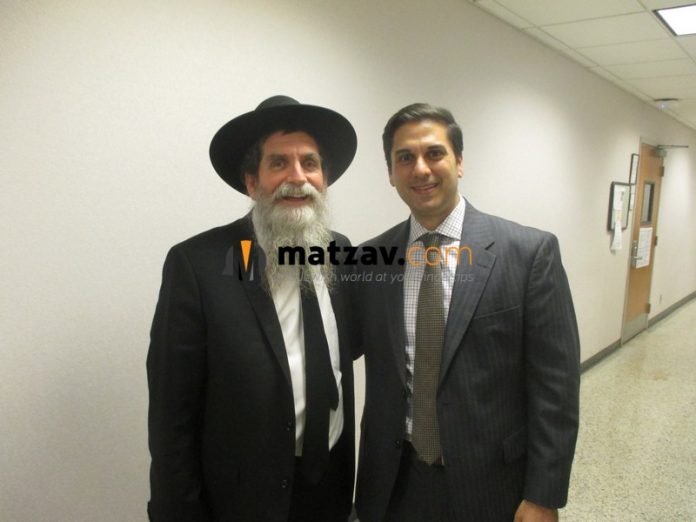 The defense team for Rabbi Osher Eiseman has been working on a motion to have the final two charges dismissed. Today, a judge will hear arguments from both sides beginning at 1:30 pm.

It will begin with a hearing in which the judge will listen to final arguments from both sides whether to throw out and dismiss the case. The defense feels confident and will put forth their arguments why the two remaining counts should be dismissed. If they are successful, there is no sentencing and as they said “we go home”. If the judge disagrees than they proceed to sentencing, at that point they would put forward their arguments why Rabbi Eiseman should get probation. The state could also argue for probation but can also argue for jail time. Doing so would be disingenuous since they said a few times this is not a case deserving of jail. He explains his position, before the trial the state was willing to give a plea of probation to a third degree offense, now post trial and the jury has cleared him he has been exonerated from stealing a million dollars, there should be no way the state should come out and ask for a worse sentence.

In light of Rabbi Eisemann’s trial, there will be a special seder and minyan for tehillim concurrent with the sentence today the seder will take place at BMG Mizrach Bais Medrash in Lakewood until 1:10 pm followed by tehillim until 1:45 pm. Mincha will follow and than there will be a minyan that will say the entire sefer Tehillim.