Although the narrative of Noach and the Mabul (Flood) is presented primarily in Parshas Noach, the initial part of this story is featured in Parshas Bereshis: “And Hashem saw that the evil of man was great in the earth, and that the entire inclination of his thoughts was negative on a constant basis. And Hashem regretted that He created man, and He was saddened (by man’s deeds). And Hashem said, ‘I will wipe out man, whom I created, from the face of the earth – from man to beast… And Noach found favor in the eyes of Hashem.” (Bereshis 6:5-8)

Why does the beginning of the story of Noach and the Mabul start in Parshas Bereshis?

The actions of man (and of the animal kingdom) that precipitated the Mabul were not merely acts of great sin; rather, they were acts that wholly distorted and reversed the very Creation itself. We read a bit earlier in Parshas Bereshis (ibid. v. 2): ”… and they took to themselves wives from all that they chose”, which Rashi, quoting Medrash Bereshis Rabbah, explains as “even the wives of other people; even males and beasts”. In other words, the basics of Creation, such as marital fidelity, hetero relationships, and adherence to the natural order as decreed and established by Hashem, were being overturned. As Rashi further invokes from Medrash Bereshis Rabbah (on ibid. 6:12), even animal life was violating the natural order. Hence, the world needed to be largely destroyed and restarted, as Creation itself was reversed by the acts of man and animal.

Viewed from this perspective, the Mabul was not only a punishment, but it was a perforce response to Creation voluntarily capsizing itself and sabotaging its mandate.

We can now understand why the account of Noach and the Mabul commences in Parshas Bereshis rather than in Parshas Noach, for the acts which caused the Mabul comprised a mass defiance and subversion of Creation; the Mabul was essentially the result of man’s and animal’s undoing of Creation, and not merely a punitive response to sin.

There is yet another connection here to Parshas Bereshis; that connection is Noach himself.

Unlike Avrohom Avinu, who was raised in a home of idolatry and who was from a pagan background, until he discovered Hashem on his own, Noach was actually of esteemed religious pedigree. Noach’s grandfather was the tzaddik Mesushelach, Noach’s father was Lemech (the second Lemech), who was likewise a believer in Hashem (v. Bereshis 5:29, with Seforno), and Noach’s great-grandfather was Chanoch, who was a righteous man (with a weakness – v. Rashi from Medrash Bereshis Rabbah on Bereshis 5:24). Noach had a serious mesorah (religious tradition) of faith and service of Hashem, even if Noach’s commitment may not have measured up to that of Avrohom.

Furthermore, Noach’s role, as per Lemech’s aspiration or prayer, was him to restore the inorganic world to the state that existed before the sin of Adam, and Noach actually succeeded in doing that, by inventing the plough and thereby removing the curse upon the earth that resulted from Adam’s sin. (V. Rashi from Medrash Tanchuma on ibid. v. 29; but v. Rashi on Yechezkel 14:14 from Medrash Bereshis Rabbah.) What emerges is that Noach, in terms of his righteousness and restoration of the inorganic world to a pre-sin state, became a reflection of Adam before the sin.

Noach was the new Adam, who was charged with salvaging the world from its own undoing and returning it to its intended role, as per Hashem’s will upon Creation. This is precisely why Noach’s background and early accomplishments must be featured in Parshas Bereshis rather than in Parshas Noach.

As we know, the world under Noach did not totally fulfill its mission, yet Noach’s greatness planted the seeds that would eventually sprout and flourish into the beautiful tree of Avrohom Avinu and the Jewish People. 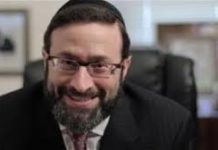 Miami Beach Kollel Presents: Rabbi Eytan Feiner “Has The Pandemic Made Us Better”?