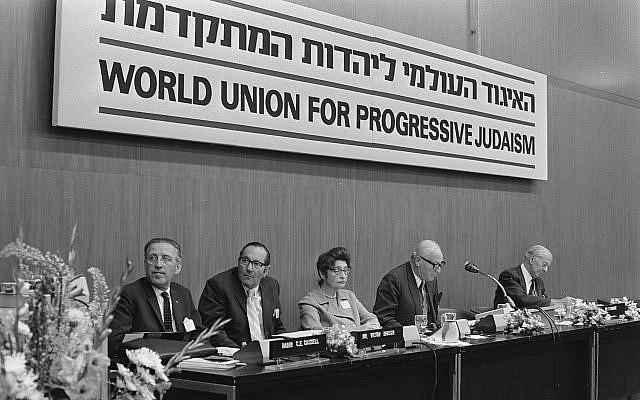 Rabbi Dr. Nathan Lopes Cardozo’s There’s more to Judaism than mitzvotrepresents yet another major departure from normative Orthodox Judaism on the part of Rabbi Cardozo. In a comprehensive interview on some of the fundamentals of Torah tradition, which comprises the text of this new article, Rabbi Cardozo veers away from core beliefs to a staggering degree. While the views presented in this article might conform with the new “Tikkun Olam” (”Repair the World”) Judaism that has been concocted as a replacement for authentic Judaism, in order to align Judaism with contemporary secular-liberal social values, they are wholly outside of the parameters of time-honored and acceptable Torah tradition/Orthodoxy.

Rabbi Cardozo submits that Abraham was actually punished for the Akeidah/Binding of Isaac (“I am of the opinion that Abraham, by being prepared to do so, to sacrifice his son, failed the test“), and that the real sin of King Shaul (Saul), who was castigated by Shmuel Ha-Navi (Samuel the Prophet) for not obliterating Amalek, consisted of showing more concern for animals than for human life. The clear Biblical accounts of Abraham being eternally blessed by God for having passed the test of the Akeidah, and of Shmuel’s rebuke of Shaul being undeniably about the latter’s failure to obliterate Amalek in toto, are disregarded by Rabbi Cardozo’s revisionist rendition of these narratives.

Addressing these Biblical stories and the events that they record, Rabbi Cardozo maintains that undefined moral considerations should be the controlling force in determining how to understand the Torah and observe its commandments:

There’s no black and white — this is moral and this is immoral. It depends on your perspective, on how you walk into the problem. So there are cases where the complexity is so big that whatever you do, from one point of view it is morally correct and from another point of view it is absolutely morally unacceptable…

There is no such thing as black and white responses to these sorts of issues, and I think that plays a role in Jewish law as well. We have to deal with clashing Jewish moral forces…

(B)ecause there’s this tension of how you look into the story, which is purely subjective, therefore in the end you will have to find a way in-between.

Aside from these sentiments directly clashing with the Biblical texts being addressed, they render the Bible, Halacha and Judaism as a whole as fluid and lacking in clarity and direction. This approach to our sacred writings ends in chaos and the undoing of the Torah as a document of God’s authority and the mandate for our religious conduct and views.

Rabbi Cardozo then turns to halachic adjudication/p’sak Halacha, and declares that one’s moral intuition is often the deciding factor. A proper approach, according to Rabbi Cardozo, is for poskim (halachic authorities) to determine in advance how they will rule, based on “a philosophical and ideological attitude which is deeply influenced by the moral intuition”, and to then search for sources that justify this predetermined ruling, which is lacking technical halachic objectivity.

In a 1968 address to RIETS Rabbinic Alumni (published here on pp. 113-119), noting that the Torah records that the Patriarchs erected altars, but usually omits mention of sacrifice thereon, Rabbi Yosef Dov Soloveitchik explained:

What do I mean “offers himself”? The Torah hated, condemned, human sacrifices… It’s one of the most reprehensible abominations. Yes, physical human sacrifice was rejected, but spiritual human sacrifice – submission and surrender, acceptance of God’s will, to abide by His will even if His will sometimes runs contrary to our aspirations, His will sometimes makes no sense to us – [that was valued and required]. We can’t understand it, it’s incomprehensible. We are full with questions, we can point out so many contradictions. [But] if we surrender and submit ourselves, actually this is the highest.

And that’s what Avrohom (Abraham) taught himself, and he taught others. This means “vayiven sham mizbe’ach” (“he erected an altar there”) actually. Whom did he sacrifice? His own independence, his own pride, his own comfort, his own desires, his own logic, his own reason. He believed. If one believes, it is an act of surrender, sacrifice…

The theme of surrender to the Divine Mandate looms large in the thought of Rabbi Soloveitchik and is common to all halachic authorities across the spectrum of Orthodoxy. Rabbi Cardozo has yet again taken the non-Orthodox position on such matters. (Please also see here and here.)

Rabbi Cardozo then goes much further and brings into question any real sense of codified Halacha being binding, by essentially undermining the long-term authority of the Shulchan Aruch. Rabbi Cardozo classifies the Shulchan Aruch and all accepted halachic codes as relative to their times and not necessarily applicable today. This is one of the classic tenets of the Conservative movement. Rabbi Cardozo explains:

The Shulkhan Arukh (“Set Table,” the most widely consulted Jewish legal code, published in 1563) was meant at the time to be the abbreviated halakhic guide for the layman. It was the product of an historical development. Since we were living in the Diaspora, we had to make sure that Jews would somehow live within the same framework where they were doing more or less the same things, to keep this little nation alive. It required erecting big walls around us to keep the non-Jews and their influence out. So the Shulkhan Arukh, a basic Jewish code, is a typical sociological outcome of a diaspora condition . The Shulkhan Arukh at the time correctly said, we need to make sure that we all operate within the same framework and that requires conformity. This is the only way we can create the powerhouse required to keep us alive among a largely anti-Semitic world…

We never had, as the Catholic Church did, a particular body such as a conclave which decided these matters. Not even in the days of the Sanhedrin. With us it was always fluid. A matter of moving forward and going back and so on.

It is obvious that 99.99% of the content of the Shulchan Aruch has nothing to do with relations between Jew and gentile, Diaspora survival, or the notion of “erecting big walls around us” as “a typical sociological outcome of a diaspora condition”. The laws of blessings, prayer, tefillin, Kiddush, candle lighting and Sabbath work, kosher slaughter, the mixing of meat and milk, kashering utensils, marriage and divorce, and almost all else contained in the Shulchan Aruch and other halachic codes are unrelated to Jewish preservation in the Diaspora, protection from anti-Semitism or the need to erect walls. But by presenting the Shulchan Aruch and other halachic codes as works that were geared and pertinent to certain limited historical conditions, Rabbi Cardozo undermines the halachic corpus and sidelines its greatest written works.

“There’s more to Judaism than mitzvot” concludes with “To be continued”; based on the track record here, I fear that the worst is yet to come.

This article first appeared at Times of Israel and is published on Matzav with permission of the author.