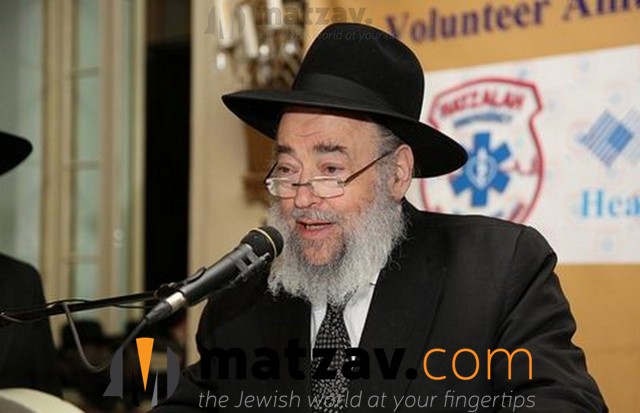 It is with great sadness that Matzav.com reports the passing of Rabbi Heshy Jacob z”l, founder of the Hatzolah of the East Side in New York City and a president of Chevrah Hatzolah in New York. He was 71 years old and passed away after battling illness.

Born in 1944, Reb Heshy was a son of Reb Shalom Yaakov and Mrs. Chana Jacob z”l. He grew up on the Lower East Side of Manhattan and attended Yeshiva Chasan Sofer.

Reb Heshy, a beloved baal chesed and askan who spent his life helping others and the community at large, was with Hatzolah since 1968. Reb Heshy led Hatzolah as the organization grew and innovated.

Reb Heshy worked as the manager of the East River Housing and Hilman Houses complexes, comprised of about 2,500 apartments. He was also an avid seforim collector and had a unique love and reverence for sifrei kodesh. But his passion was Hatzolah, to which he devoted his heart and soul.

The levayah will take place today at 1:30 p.m. at the famed Bialystoker Shul in the Lower East Side of Manhattan, followed by kevurah at the Beth David Cemetery, located at 300 Elmont Road in Elmont, NY.