This week’s Sedra is the instruction manual for the assembly of the Mishkan. Just like any manual it firsts lists the parts and pieces necessary, and then provides the instructions for putting it together. The Medrash (Shemos Rabba 33-8) tells us that when Hashem gave this manual to Moshe Rabeinu, Moshe Rabeinu asked Hashem: “can Klal-Yisroel actually build it?” The Medrash tells us that Hashem answered Moshe that any individual from Klal-Yisroel was capable of doing so on his own.

The Medrash then continues with something that appears to be a separate thought. The Medrash tells us that precious stones fell from Heaven together with the Mon (Manna), and that the adults would collect these stones and bring them each day as donations to the Mishkan.

The question is ambiguous and not easily understood. What was there with regard to the Binyan-Hamishkan that Klal-Yisroel might not be able to accomplish? If there were specific items in the Mishkan that seemed too difficult for Klal-Yisroel to build, Moshe should have asked Hashem about those items specifically?

The answer the Medrash gives is also a bit difficult: how could one person on his own build a Mishkan? Furthermore, Hashem doesn’t explain how, but rather only reaffirms that even an individual could do so on his own.

The next question that begs to be asked whether there is any continuity of thought between the idea of the precious stones falling amidst the Manna with the notion that any member of Klal-Yisroel was capable of building the Mishkan by himself.

The Medrash a bit earlier (33-1) gives a long explanation about the nature of the Torah as a present to Am-Yisroel. The Medrash explains that when Hashem gave us the Torah – the Torah was so special to Hashem that it was as if he gave Himself together with it. The Medrash illustrates this idea better with the following Mashal: There was a king who had one single daughter. Along came another king from a foreign land and asked for her hand in marriage. The latter wished to return to his land with his wife. The former tried to explain to the latter that the princess was his only daughter. The father king continued: “while I can’t part from her, I understand that I cannot tell you not to either. The Father King then proposed the following solution: everywhere you go you should build for me some sort of residence where I can stay so as to be close to my only daughter”. The Medrash explains that this is the idea of the Mishkan. Once Hashem gave us his Torah He needs to be constantly with us so as to be able to be with His Torah. Hashem therefore commanded us right after receiving the Torah to build for Him a Mishkan – a sanctuary of a sort. The Medrash continues that we must therefore build a place of Torah and Tefilla in all our dwellings – a place where Hashem may dwell.

Perhaps the dialogue between Moshe Rabeinu and Hashem was really referring to the conceptual idea of the Mishkan. The idea that wherever we may be even as individuals we must always have a sanctuary for Hashem since we are as it were married to Hashem’s Torah – the Torah that Hashem cannot bear to part from.

Moshe Rabeinu was asking Hashem: “can we really ask from Am-Yisroel that anywhere they go they must see to it that there is a ‘Mishkan’ for Hashem”? To this Hashem answered: “yes indeed; even an individual can build a personal sanctuary for Hashem”. The Medrash then explains that this is something that Hashem directly sees to – For Hashem even saw to it in the Midbar that they would have all the appropriate stones needed for the Binyan-Hamishkan.

We must see this obligation of having a Mishkan incumbent upon ourselves – even as individuals. We must understand that Hashem will send each of us what we need in order to create for Him a sanctuary. This is true both in the physical and in the spiritual sense. 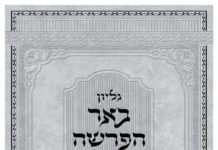 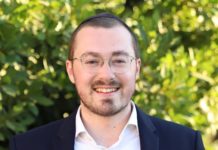