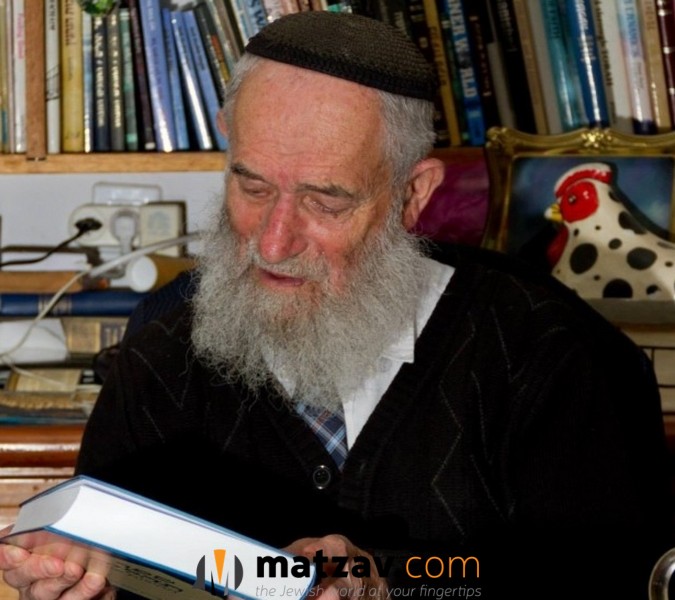 It is with great sadness that Matzav.com reports the passing of Rabbi Pinchas Doron-Spalter z”l, a talmid chochom and Professor of Jewish Studies who wrote an encyclopedia on Shas.

Rabbi Doron-Spalter and his brother, Rabbi Shmuel Spalter, survived the Holocaust as orphan refugees. They later learned in Schneider’s Yeshiva in Britain.

He migrated for some time to the US, living in the Kensington neighborhood of Brooklyn, NY.

He graduated his PhD at New York University and served as Professor of Hebraic/Jewish Studies at City University of New York for many years.

He authored various seforim, including “Pilulei Pinchas,” a commentary on the Siddur with an introduction for each tefillah, discussing origins, author and significance, as well as many seforim on Rashi, in which he elucidated difficult-to-understand passages of Rashi’s commentary on the Torah.

Rabbi Doron-Spalter also spent many years compiling a summarized translation of Shas in his sefer “Major Concepts of the Talmud,” in which he explains the major concepts found in Gemara with easy-to-understand terminology and clear examples.

After he retired, he returned to Israel and lived in Yerushalayim.

He is also survived by his brother, Rabbi Shmuel Spalter of Florida.

He was predeceased by his wife and son Benyomin.