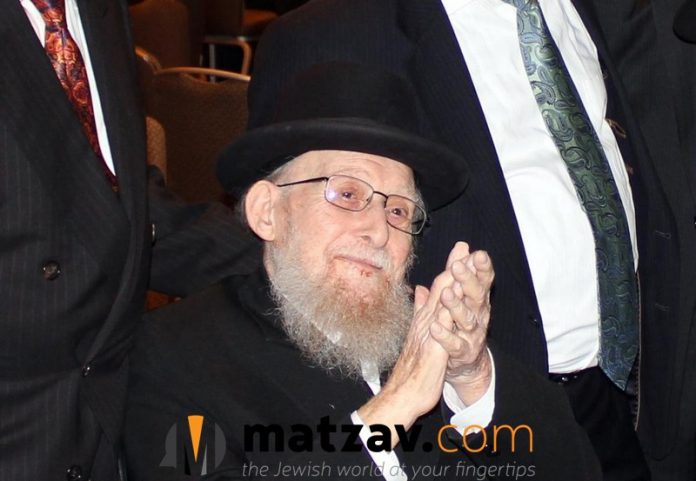 Rabbi Shlomo Davis, zt”l, was born in London, England. In 1938 at the age of 23 and already a well-established Kli Kodesh, he traveled to Lithuania to study in the Telshe Yeshiva. Rabbi Davis would develop to become the quintessential Telzer Talmid. He received Semicha from the Telzer Rov, HaRav Avrohom Yitzchok Bloch, Hy”d. Due to his British citizenship, Rabbi Davis was able to escape the horrors of World War II. When the re-establishment efforts of the Telshe Yeshiva began in Cleveland, Ohio, Reb Elya Meir Bloch, zt”l, reached out to him to join in this critical endeavor.
Rabbi Davis’s contributions to Telshe Yeshiva were manifold. He established the Telshe High School, served as its first principal, and for many decades was a Rebbe in the Mechina. Subsequently, he founded the Alumni Association of Telshe Yeshiva, writing and editing a monthly bulletin of Torah and information connecting the past and present Talmidim of the Yeshiva worldwide. Eventually, he gave up his position as a Rebbe to better serve the Yeshiva by establishing the Office of the Registrar, a novelty at the time.
Rabbi Davis also served the Cleveland Jewish Community in different capacities. He was a Rabbi of the Zemach Zedek Shul and the city Mohel, par excellence. His outstanding Krias HaTorah and Tefillos during the Yomim Noraim rendered with the exact Telzer Nusach are remembered to this day. These roles and others, represented the greatest commitment to Telshe Yeshiva as well as a fulfillment of the words of Shlomo HaMelech, (Mishlei 3:6) Bichol D’rachecha Da’eihu – In all your ways, know Him. Rabbi Davis and his most supportive wife, Mrs. Bluma Davis, loved the Yeshiva and all that it represented. They lived out their years with devotion and dedication to the Yeshiva and its thousands of Talmidim.
The Davis’s legacy of commitment to Torah lives on through their children, HaRav Avraham and Mrs. Devorah Shoshana, Mr. and Mrs. Yosef Davis, and their families. Yehi Zichro Baruch.
Click here to watch the Rabbi Davis Memorial Video