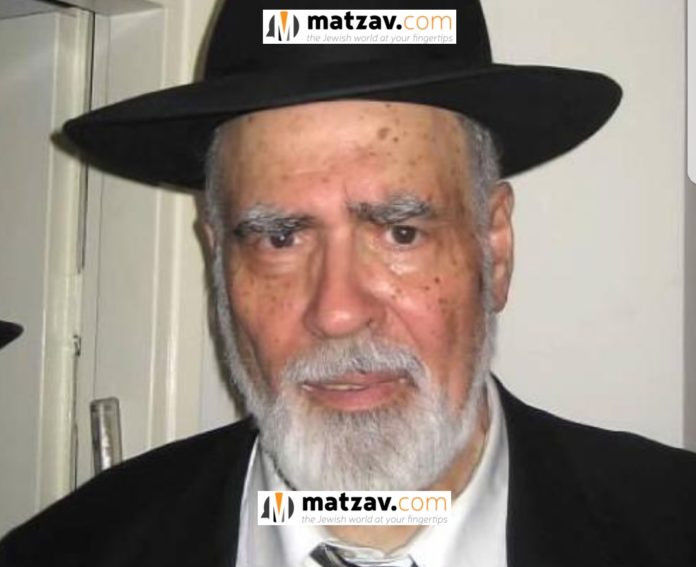 It is with great sadness that Matzav.com reports the passing of Rabbi Dr. Zecharia H. Senter z”l, CEO and founder of Kof-K Kosher Supervision Services. He passed away on the last day of Pesach at the age of 84.

Rabbi Senter was a musmach of Yeshivas Rabbeinu Yitzchok Elchonon and a close talmid of Rav Yosef Dov Soloveitchik. He served as a rov in North Bergen, NJ and then in Teaneck, where he lived for the past 50 years.

Rabbi Senter maintained a close relationship with many esteemed rabbanim, including Rav Moshe Aaron Poleyeff, his wife’s grandfather; Rav Ahron Soloveitchik, whom he also considered to be his rebbi; Rav Aaron Felder, Rav Shlomo Gissinger and many others.

Rabbi Senter built the Kof-K into the internationally recognized hechsher that it is today. The Kof-K now run by two of his sons, Rabbi Daniel Senter and Rabbi Ari Senter.

Rabbi Senter is survived by his wife Chana, his children,  grandchildren and great-grandchildren, who are bnei and bnos Torah involved in chesed, chinuch and harbatzas Torah in their communities and beyond.

The levayah will take place tomorrow morning, Monday, April 5, at RYNJ, located at 666 Kinderkamack Road in River Edge, NJ, at 10:15 a.m. The aron will then be flown to Eretz Yisroel for kevurah on Har Hamenuchos in Yerushalayim.