“The Jewish people, who were chosen as the elected people, communicate to the whole human family knowledge of and fidelity to the one, unique and true God,” Pope Benedict XVI told a delegation from Israel’s Chief Rabbinate yesterday in Rome.  Also present at the papal audience were representatives of the Vatican’s Commission for Religious Relations with Jews.  “This was not just another meeting,” commented Haifa Chief Rabbi Rav She’ar-Yashuv Cohen, who headed the delegation. “This was a special experience, a turning point, the end of a crisis. We could not have expected a warmer reception.”

The crisis in question was the case of Holocaust-denying Bishop Richard Williamson, whose excommunication from the Catholic Church was lifted last December along with that of three other priests who, together with Williamson, had refused to accept the reforms of Vatican II and ordained other priests without permission.

In a letter to the German Episcopate, released yesterday, Benedict admitted his error in the case, stating that a “mishap” had taken place due to the insufficient study of information taken from the Internet.

“I have learned the lesson that in the future, the Holy See will have to pay greater attention to that source of news,” he declared.

Benedict said Williamson’s views had made his efforts of “mercy” toward the excommunicated bishops seem like a repudiation of reconciliation between Christians and Jews.

“That this overlapping of two opposing processes took place and momentarily upset peace between Christians and Jews, as well as peace within the church, is something I can only deeply deplore,” the pope said.

He added that he was saddened that even Catholics “thought they had to attack me with open hostility.”

“I thank all the more our Jewish friends, who quickly helped to clear up the misunderstanding and to restore the atmosphere of friendship and trust, [which,] thank God, continues to exist,” he said.

Rabbi David Rosen, the American Jewish Committee’s international director of interreligious affairs, confirmed that all members of the delegation had been convinced of the pope’s deep commitment to Catholic-Jewish relations.

“Moreover,” Rosen said, “the pope clarified that no member of the Lefebvrist Pius X Society can be reinstated without accepting the important Vatican II reforms regarding dialogue with Jews and other religions, religious liberty, ecumenism, etc.” Rosen was speaking of the order to which Williamson and the others belonged.

Periodic meetings of the Chief Rabbinate and Vatican representatives were initiated by Pope John Paul II in 2004.

Cohen, the delegation leader, said it now seemed more likely that there would be positive consequences for the delegation’s request that Catholic schools all over the world teach about the Holocaust.

The Vatican expressed continued commitment to fighting anti-Semitism, and both sides mentioned that full preparations were underway for the pope’s forthcoming visit to Israel in May, which will be of both a religious and diplomatic nature. President Shimon Peres will accompany Benedict throughout the visit.

“My intention is to pray especially for the precious gift of unity and peace,” Benedict said.

He quoted Tehillim kapittel125, saying, “God protects his people: ‘As the mountains are round about Yerushalayim, so the Lord is round about his people, from this time forth and for evermore.'”

In his letter yetserday, which was released in six languages, Benedict defended his attempts to bring ultraconservative Catholics loyal to the anti-modernization movement of the late Archbishop Marcel Lefebvre back into the church’s fold.

But he acknowledged that “another mistake, which I deeply regret,” had been made in not properly explaining his intentions and the limits of the procedure, and that some groups had accused him of seeking to “turn back the clock.”

“That the quiet gesture of extending a hand gave rise to a huge uproar, and [that] this became exactly the opposite of a gesture of reconciliation, is a fact which we must accept,” Benedict said.

But he added that the church could not be indifferent to a movement that numbered 491 priests, 215 seminarians and six seminaries.

“Should we casually let them drift farther from the church?” he asked. 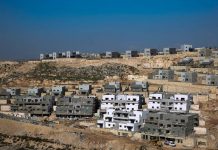