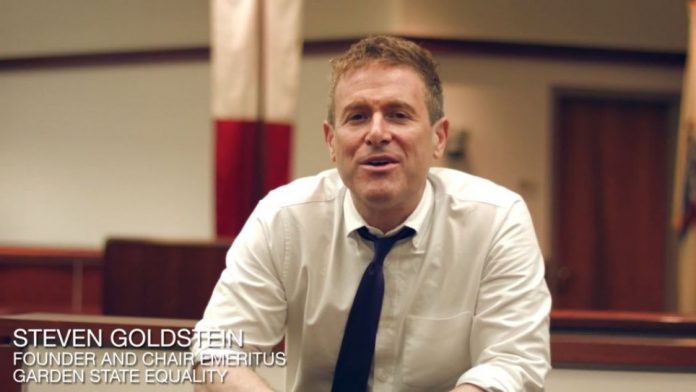 Steve Goldstein, Executive Director of the little-known “Anne Frank Center for Mutual Respect,” stated without evidence on Tuesday that President Trump and his staff “have committed grotesque acts and omissions reflecting Antisemitism,“ and that “the Antisemitism coming out of this Administration is the worst we have ever seen from any Administration.” These statements were picked up by the media, and Goldstein doubled down on his charges in a CNN appearance that evening.

“It was alternately embarrassing and simply horrifying to observe Mr. Goldstein aggressively level baseless allegations against the President,” said CJV Board Member Rabbi Avrohom Gordimer. “His rash and illogical statements indicated that he was impervious to reason and in denial of basic facts.”

“Goldstein demonstrated his lack of qualifications,” agreed fellow Board Member Rabbi Yaakov Menken. “It was clear that he was unfamiliar with the scope of anti-Semitism and the recurring canards we look for. By any objective standard, this President is a breath of fresh air compared to his predecessor.”

Goldstein could provide no sources or evidence for his charges, beyond the surprising omission in the President’s Holocaust Remembrance statement of the fact that the primary victims were Jews. That statement, as it turned out, was written by one of the President’s many Jewish aides — who himself had lost relatives during the Holocaust.

The CJV also expressed outrage that the name of Anne Frank, a tragic victim of the Nazi Holocaust, whose writings reflected a gentle and generous soul, was leveraged without basis as part of a particularly nasty anti-Trump diatribe.

President Trump has a long history of friendship towards traditionally-observant Jews. Jason Dov Greenblatt, the new United States Special Representative for International Negotiations, worked for the Trump organization for two decades, eventually becoming executive vice president and chief legal officer. David Friedman, nominated to be US Ambassador to Israel, worked on many Trump investments — and, by Friedman’s own account, became a personal friend when Donald Trump traveled through a snowstorm to visit Friedman as he sat shiva for his father, in 2005. And, of course, his son-in-law Jared Kushner, one of Trump’s closest advisors even prior to his presidential campaign, was instrumental throughout the campaign and transition, and is now a Senior White House Advisor.

Observers called his outreach to the Orthodox community “unprecedented” during the recent election campaign. As President, Trump quickly moved to fight anti-Semitism where it matters most, by firmly standing with Israel.

“The new US Ambassador to the UN, Nikki Haley, used her first news conference to passionately defend the State of Israel and condemn the years of anti-Israel bias, including by our past administration,” said CJV Board Member Rabbi Yoel Schonfeld. “Anyone who has seen or read this speech is forced to the conclusion that President Trump is perhaps the greatest friend the Jews have ever had as a president. Mr Goldstein obviously has a political bias against President Trump, and it is shameful that he carries his personal bias onto national television, to the detriment of the Jewish people.”