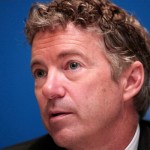 Sen. Rand Paul said President Barack Obama made “one important point ” in his remarks on Wednesday saying that the Islamic State of Iraq and the Levant was neither Islamic nor a state, but questioned the constitutionality of the president’s strategy.

“Ultimately, civilized Islam will have to step up. We need to do everything we can to protect ourselves, I’m all in for saying we have to combat ISIS,” Paul said Wednesday on Hannity.”So I think it is important not only for the American public but for the world and for the Islamic world to point out that this is not a true form of Islam, this is an abhorrent form.”

Paul pushed back against whether Obama was trying to “diminish their importance,” saying instead that the president was aiming to underscore that ISIL is not a “true or accurate depiction of Islam.” The Kentucky Republican repeated that the U.S. will need Muslim nations in the area as allies in the region in the fight against ISIL.

“But they have to step up, because frankly they have been allowing too much of this to go on,” Paul said, adding that he thinks Saudi Arabia has “aided and abetted the rise of ISIS.”

Paul said the president made “one important point” in this distinction.

“Now let’s make two things clear: ISIL is not ‘Islamic.’ No religion condones the killing of innocents. And the vast majority of ISIL’s victims have been Muslim,” Obama said in his address Wednesday. “And ISIL is certainly not a state … It is recognized by no government, nor by the people it subjugates. ISIL is a terrorist organization, pure and simple.”

However, Paul did hit the president on his handling of foreign policy, saying the country is “absolutely not” safer.