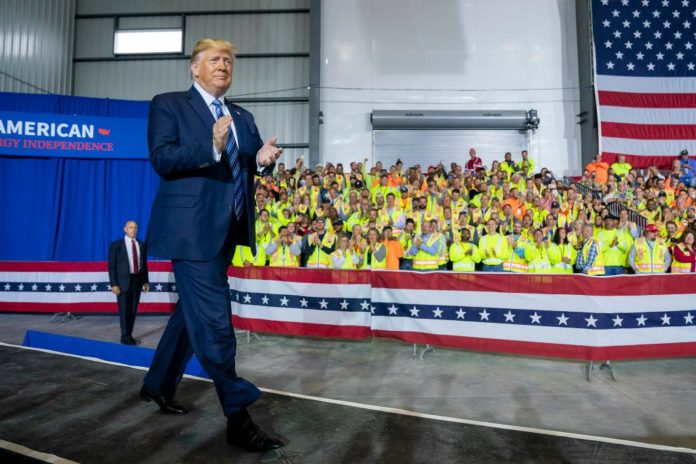 President Donald Trump’s approval numbers edged up to 52% on Monday, just eight days before Election Day, according to the daily poll released by Rasmussen Reports.

Forty-six percent disapproved of the job Trump is doing as president.

The president’s approval numbers have not been higher since they hit 53% for one day just over a month ago on Sept. 18, a figure that was previously last matched on April 9, 2019.

Rasmussen Reports has generally reported higher approval numbers for Trump than most of the major surveys, which do not conduct their polls on a daily basis.