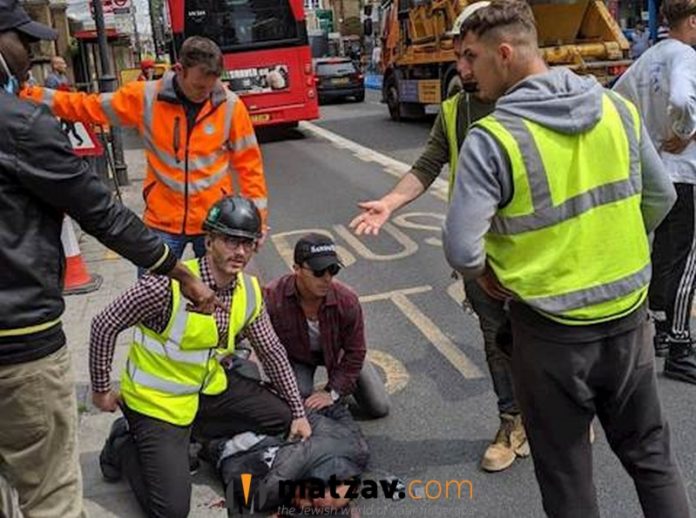 A well-known maggid shiur was stabbed by an anonymous man near the Stamford Hill neighborhood of London. Rav Alter Yaakov Schlesinger was stabbed after leaving the NetWest bank. He was taken to the hospital in fair condition in what Hatzolah volunteers are calling “an absolute miracle.”

Rav Schlesinger is a grandson of Rav Elyakim Schlesinger, rosh yeshiva of Yeshivas Harama in England.

The stabber was apprehended by police at the scene of the attack on Stoke Newington High Street.

In footage captured on video by bystanders, the stabber appears to be bleeding after his arrest by police officers and he also appears to be resisting arrest.

It was reported that before police grabbed the stabber, several civilians shot him in the street. They detained him on the floor until police arrived

Rav Schlesinger, 50, is a rebbi at the Satmar Yeshiva in London. His condition is now mild to moderate.