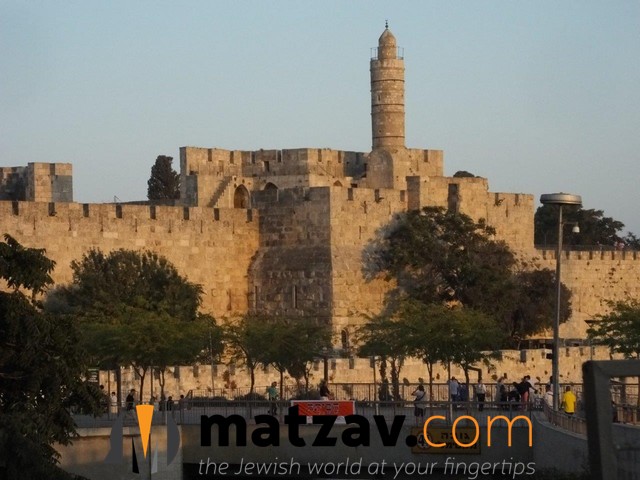 Q:
Wouldn’t moving to Yerushalayim be the most genuine way to express our sadness and yearning that we speak about during these days?

A:
Moving to Yerushalayim is not that simple. First of all it’s a problem – what do you do with your sons? They might be drafted, and you’ll have to start dodging the army. So you’ll say, “Well, I’ll live in Yerushalayim but I’ll come back to America from time to time, and I’ll keep my American citizenship.” But it’s not that simple. Because sooner or later your children will be Israelis. What’s going to happen then? You have to keep them out of the army.

You have to know, by the way, that right now there’s a very great hatred against the Orthodox Jews in Eretz Yisroel. Right now they attacked a synagogue for the first time – and that’s only the beginning. There’s a big movement now among the chofshim, the irreligious Jews, to draft yeshiva boys into the army. And there’s a movement among the chofshim to draft women into the army again. Giyus banos is actual again. Everybody is requested to send letters or telegrams to Shimon Peres, the Prime Minister, and also to Yitzchak Shamir, the Deputy Prime Minister, protesting against any proposal to draft yeshiva boys and any proposal to draft women. It’s a very dangerous time because right now there’s a fire of sinah and anti-semitism against frum Jews in Eretz Yisroel. It just happens that right now it’s reached a peak and we have to hope it won’t get any worse. The attack on the shul is the worst thing that has happened so far.

Frum Jews are being put in jail for nothing, such as a little protest against chillul Shabbos, or a protest against immorality on posters. Therefore, it’s important for us, if possible, to keep this in mind and to send those letters to Shimon Peres, the Prime Minister, and Yitzchak Shamir, the deputy.

Now, if you’re able to make a living and your children are settled let’s say in America, in yeshivos, in a yeshiva world and a frum environment, and you yourself want to move to Yerushalayim. So if you can support yourself, why not? However, if your presence in America is needed because they need a frum father or a frum zeida or a frum mother or bubba to watch over them – that’s how it is; many times if the parents or grandparents are not around then things happen in the family with the children. They need a kind word or a strict word from the parents to manage things properly, so maybe you can’t go.

Also, people should go to Eretz Yisroel and they become dependent on support from America? I don’t approve of that. If you have funds, yes, but to go there and then start writing letters to your American friends to support you, I don’t believe in that.
TAPE # 604 (August 1986)

Rabbi Miller’s recorded lectures are the property of SimchasHachaim.com