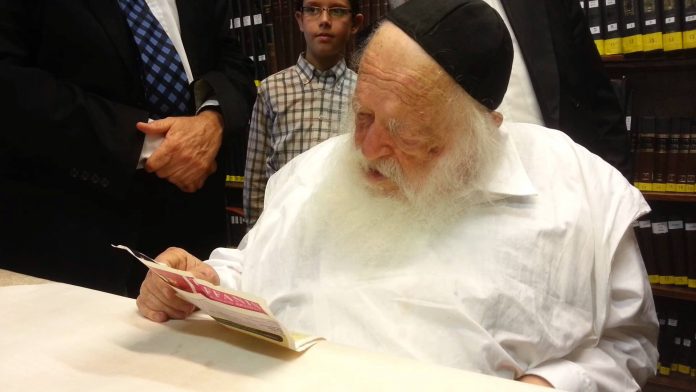 Rav Chaim Kanievsky and Rav Gershon Edelstein wrote a letter to the Conference of European Rabbis warning its rabbonim “not to accept dayonim from Israel who come to convert people and immediately return to the Holy Land,” as this can lead to many pitfalls. In general, the letter added, a beis din should not be involved exclusively with conversions.

Chief Rabbi of Geneva Yitzchok Dayan said that he was happy with the letter.

“The letter we received from the two… gedolei hador is a source of pride,” he said, noting that unauthorized people were traveling to Europe to conduct conversions.

“I’m definitely concerned,” Rav Dayan added. “This is not a problem of Geneva or any particular country but of the Jewish people. We will sign a document stating our refusal to accept any rabbi who comes on his own and conducts all sorts of conversions in Europe. We have botei din which are recognized by the Chief Rabbinate.”