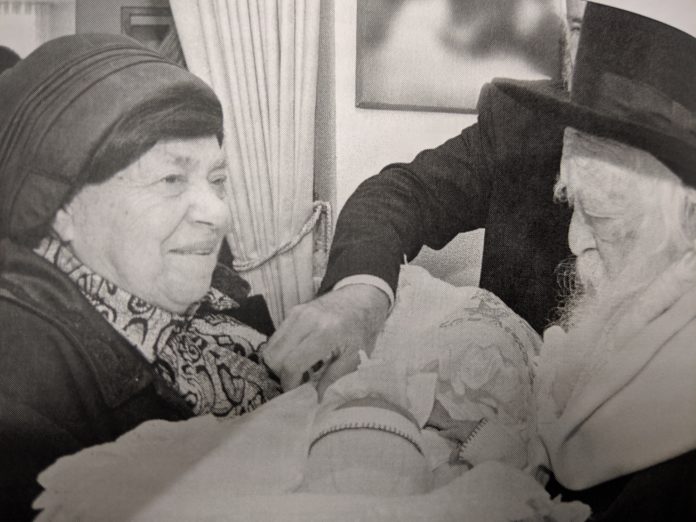 For years, the Kanievskys have been there for us – individually, for those fortunate enough to visit Rav Chaim or the rebbetzin personally, and as a klal through the Torah greatness of Rav Chaim and by serving as the central station for every serious shailah or need, or a bracha of any kind.

Now, at this critical time, we can, in our own way, give back to the gadol hador.

We can do so by stepping up, even going beyond our means, to assist the yeshiva led by his son that means so much to him.

We haven’t had the zechus before to give back.

But now we do.

Let’s make the most of the opportunity.

Rebbetzin Batsheva Kanievsky a”h often mentioned that Rav Tzvi Kopschitz of Yerushalayim, father-in-law of Rav Nissim Karelitz, had ten children in a small two-bedroom house in Yerushalayim’s Botei Natan neighborhood, yet he would do his utmost to invite guests into his home for meals. When asked how he could invite additional people, as there was no room in his house, he would reply, “When my married daughter comes for Shabbos with several of her children, we manage to make room for her even though the house is crammed with our other nine children. We still do our best to invite her and make her comfortable. How do we make room for her if, in reality, the house isn’t large enough? Since she is our own daughter, we make room for her in our hearts. Therefore, we can make room for her in our house. For the same reason, I can invite other Yidden to my home” (Rebbetzin Kanievsky, by Rabbi Naftali Weinberger, page 241).

Indeed, Rebbetzin Kanievsky herself remarked that if one opens one’s heart to assist others, all the obstacles that get in the way will dissipate. All one has to do is open one’s heart wide and make room.

And that is exactly what Rav Chaim and Rebbetzin Batsheva Kanievsky did for decades.

The Kanievsky home at 23 Rechov Rashbam has been open to one and all for as long as anyone can remember.

Tens of thousands has streamed to the humble Kanievsky home over the years for brachos, chizuk, advice and encouragement. Rav Chaim gives of his precious time – his most precious asset – to meet with one and all, giving brachos, dispensing guidance, and offering his daas Torah when requested, just as his father, the Steipler Gaon, his uncle, the Chazon Ish, and his father-in-law, Rav Yosef Shalom Elyashiv, did during their lifetimes.

The Kanievksy home has been one of giving and selflessness.

Rebbetzin Kanievsky once remarked that “there is no such thing as someone coming to our house and leaving empty-handed!” Indeed, the rebbetzin was known to provide provisions for her many guests, visitors and others on her “lists.”

23 Rechov Rashbam is rightfully known for the Torah greatness that lies within.

But just as impressive has been the chesed emanating from this most holy of homes and families. Rav Chaim and his rebbetzin years ago made the decision to make their home the home of Klal Yisroel. There were mafkir themselves for the klal.

Rav Dovid Epstein, son-in-law of Rav Chaim and Rebbetzin Batsheva, once visited his grandfather, Rav Yosef Shalom Elyashiv, during bein hazemanim at the home of Rav Elyashiv’s daughter, Leah, and her husband, Rav Ezriel Auerbach. During the year, it was practically unheard of for Rav Elyashiv to shmooze about anything, as he only talked in learning. During bein hazemanim, however, Rav Elyashiv would converse more. He commented to his grandson, “I hear that your father-in-law [Rav Chaim] has no set hours for kabbolas kahal. Here we have set hours, but if a question of pikuach nefesh arises, we make an exception, of course. It must be so difficult not to have set hours.”

Rav Epstein replied, “There is one difference between you and my father-in-law [Rav Chaim]. Your house is set up with people outside your door to admit only emergency questions. At my father-in-law’s house, his wife – your daughter – is outside the door. When she hears about people’s misfortunes, she actually encourages the masses to go in to her husband for a ‘quick’ bracha!” (ibid. 409).

Indeed, for decades, Rav Chaim and Rebbetzin Batsheva viewed their kabbolas kahal as unmovable. They felt it necessary to be available to the masses whenever possible. The rebbetzin herself insisted on allowing everyone in to see her, as in many cases – including those involving medical issues, shalom bayis, or saving babies – she felt that they were situations of pikuach nefesh. In fact, if there weren’t many visitors, she would look out her window to make sure that no one was stationed downstairs, preventing people from coming in.

Family members and concerned friends often suggested that the rebbetzin curtail the number of visitors entering the Kanievsky home, partially because she was suffering physically from the deep empathy she felt for each person. She viscerally sensed the pain of each individual and cried along with all her petitioners. The rebbetzin had a standard response to their worries, as she told her daughter, Rebbetzin Leah Koledetsky, many times: “Hashem has allotted each person a certain amount of agmas nefesh to suffer in this world. Every time you feel someone else’s pain, you are sparing yourself personal pain. Hashem sees the anguish you are suffering with your friend, and if you undertake to actually help your friend, Hashem will most definitely minimize the personal pain you were slated to suffer” (ibid. 423).

Rav Chaim and lhbcl”c his rebbetzin have taken everyone’s needs and tzaros to heart. They have davened for them, cried with them, and carried their burdens with them.

And now, the time has come to give back, with a unique opportunity available to Yidden from coast to coast and beyond.

Rav Shlomo is named after his legendary elter-elter-zaide, the Leshem, Rav Shlomo Elyashiv. Rebbetzin Batsheva once remarked that all the ainiklach of the Leshem are wonderful, but the “Shlomos” are unique, for they are named after their legendary zaide. It has been added, “While all the ‘Shlomos’ are indeed unique, there is one who is simply extraordinary, and that is Rav Shlomo Kanievsky.”

Rav Chaim has taken tremendous pride, just as his rebbetzin did, that Rav Shlomo stands at the helm of the yeshiva founded by Rav Chaim’s uncle, the Chazon Ish. Rav Chaim himself is the nosi of the yeshiva and has taken the current deficit of the yeshiva very much to heart, pleading with Klal Yisroel to assist his son at this time, blessing quite powerfully all those who do.

For years, the Kanievskys have been there for us – individually, for those fortunate enough to visit Rav Chaim or the rebbetzin personally, and as a klal through the Torah greatness of Rav Chaim and by serving as the central station for every serious shailah or need, or a bracha of any kind.

Now, at this critical time, we can, in our own way, give back to the gadol hador.

We can do so by stepping up, even going beyond our means, to assist the yeshiva led by his son that means so much to him.

We haven’t had the zechus before to give back.

But now we do.

Let’s make the most of the opportunity. 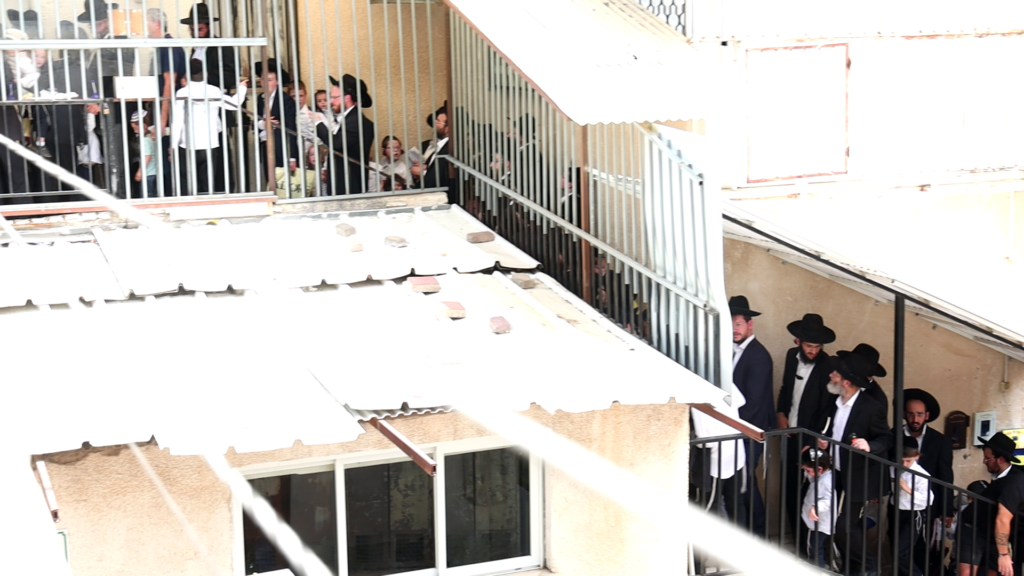